Now Streaming: ISKANDER: SHADOW OF THE RIVER, Murder Most Foul 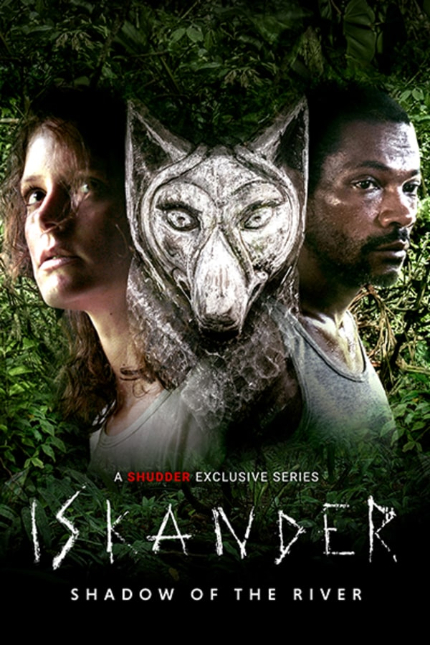 Reticent rookie police officer Chloé Bresson arrives in her new assignment with a chip on her shoulder.

As embodied by Stéphane Caillard, she carries herself with an assured air, which doesn't stop her new commanding officer Commissaire Koda (Issaka Sawadogo) from assuming that she has been assigned to his undermanned, rural department as punishment. Chloé is teamed up with equally-determined and self-willed Lieutenant Joseph Dialo (Adama Niane) and immediately shows that she is her own person, intent on doing what she thinks is right, no matter what others may think.

Her first case is murder, as a mutilated married couple is discovered on a boat in a big river. Their son is missing, which spurs things on with even greater intensity. As the investigation into the brutal crime continues, the word "Iskander" keeps popping up, promising to be the key to the crime at hand, while also pointing to past horrors.

We learn more about Chloé and Joseph, as they dance warily around clues and each other, relying more on their own dogged instincts, which have been indelibly shaped by the disturbing experiences each has survived, than normal police procedure would seem to dictate. As the show progresses through its four episodes, it also becomes increasingly apparent that a much larger and far darker source of evil exists, and may prevail.

This is definitely not a show for kids. What begins as an typical police procedural with a numbingly familiar premise -- white savior shows up to solve native people problems -- soon evolves into something more absorbing and compelling than might be assumed. That's not a whole-hearted endorsement of the show -- certain elements proved to be personally troubling -- but a recognition that Olivier Abbou is a talented director, and that both Stéphane Caillard and Adama Niana are captivating dramatic actors.

(Note: Trailer below is NSFW.)

Do you feel this content is inappropriate or infringes upon your rights? Click here to report it, or see our DMCA policy.
Adama NianeFranceOlivier AbbouShudderStéphane Caillard