Film-related books are a joy to behold and hold.

Typically oversized and heavily illustrated, they allow a languorous exploration of their subject that no broadcast media or online experience does. Held in the lap, they invite physical and mental pauses, and can rarely be fully appreciated in one sitting. They are meant to be returned to, in all these ways, whenever the need for information on their subject or desire dictate. These are some of the film-related books I’ll be enjoying over the next few months.

World Gone Wild: A Survivor's Guide to Post-Apocalyptic Movies by David J Moore is actually an older title, having been published in 2014. But it got my attention as soon as I saw the giant mushroom cloud on the cover. Moore’s massive The Good, the Tough & the Deadly: Action Movies & Stars 1960s–Present published in 2016 was must-read for anyone interested in that subject and this companion book will deeply appeal to that audience as well as anyone interested in end of the world movies. It is certainly central to the sub-genre it explores.

You could literally spend a month with this thing. All 430 plus pages are heavily illustrated with photos and dozens of filmmaker interviews and film reviews of hard to find apocalyptic cinema. There’s a gigantic index of sub-genres readers which makes it indispensable to anybody researching the subject. Even a glance at this thing is a reminder of just how huge a number of movies never made it to DVD much less Blu-ray. It’s also a reminder of how broad it’s subject is. Gentle fantasy like The Time Machine (1960) are listed alongside absolutely harrowing films like Threads (1984) and the endless numbers of Mad Max-style dystopian exploiters. In short, World Gone Wild offers plenty of proof that interest in apocalyptic themes is rooted in far more than melodrama and genre thrills.

Prepare to be amazed and a little sad. There are many of great books on the work of Ray Harryhausen. True aficionados who have pockets deep enough will surely have collected all three volumes of Harryhausen Master of the Majicks by Mike Hankin but a volume collecting his work on unrealized projects has been long overdue. John Walsh does the master proud. The large landscape format allows never seen artwork and photos plenty of room to breathe and anyone who grew up loving stop motion animation will find their imagination soaring with what might have been.

Largely identified with stories like Clash of the Titans and Jason and the Argonauts, which brought ancient myths to light, it will come as no surprise that Harryhausen floated many more such projects that never saw the light of day, generating a large amount of material ranging from sketches, to storyboards and even maquettes. The book is organized chronologically going through his entire career and even includes anecdotes for films he turned down, like X-Men and Dune.

Even though Duncan Jones hasn’t quite lived up to the promise of Moon (2009) and Source Code (2011), his unique treatment of the science fiction genre and this nicely designed hardcover from Titan Books gives fans a chance to educate themselves about what went into the making of his unusually thoughtful science fiction film debut. Chapters are individually devoted to the origins, production, release and reception.

By way of review it’s probably fair to mention that the text here would feel a bit weightier. At 143 pages there’s insight offered into the film and lots of participation by Jones and others but the chapters read more like shorter essays augmented by lots of visual material. But this is hardly a puff book. Simon Ward does give a lot of insight into the precarious business of securing what you need to get a story told on the big screen.

While books on poster art abound in the genre field relatively few concentrate on the far less prestigious body of newspaper ads. Yet while many of us have fond memories of the posters of our favorite films we have equally fond memories of the ads in our local newspapers that signaled the arrival of those films in our local theaters. It is telling that these two books Ad Nauseam II: Newsprint Nightmares from the 1990s and 2000s and Ad Astra: 20 Years of Newspaper Ads for Sci-Fi & Fantasy Films are by Michael Gingold. I've never had the pleasure of meeting the fabled horror and genre film journalist but I hope he’s just like these books.

Full of love for the genre culture he’s covered all his life and carrying the glint of wonder that just won't be extinguished. I grinned constantly thumbing through these. In the small town of South Bend, Indiana  these ads were the closest my too young self could get to the movies they described. They imprinted on me deeply, as did pictures from The Pictorial History of Horror Movies by Dennis Gifford and my treasured issues of Famous Monsters of Filmland magazine.

The Making of Alien by J.W. Rinzler neatly sidesteps the prevailing notion that no more new material on the original Alien (1979) can possibly be forthcoming. Such an opinion is understandable given the virtually comprehensive one-two punch of the Alien Quadrilogy release and Ian Nathan’s Alien Vault: The Definitive Story Behind the Film. But it’s also beside the point. What Rinzler has done is produce a beautifully oversize, 336-page presentation of Alien history that any Alien fan would be proud to put in their library. It’s eminently visual featuring tons of full-page illustrations and production artwork but it’s also text deep. Rinzler provides a lengthy narrative history as well, featuring most of the key players.

But when it comes to choosing THE film-related book of 2019, there’s nothing that even comes close to Rick Baker Metamorphosis. Okay, if purists want to nitpick you could argue that Taschen’s Jacques Tati: The Complete Works is in the running. But I'd still pick this.

Author J.W. Rinzler has created something monumental. Remember when Tim Lucas published Mario Bava: All The Colors of the Dark, his insanely in-depth study of Mario Bava? This is something like that. Spread over two beautifully slipcased volumes, this 1,400 plus page set contains more than 1,600 full-color images, many of them full page. It tracks Baker’s childhood interest in the field up to and including post-retirement activities. It will certainly be the crowning jewel in any horror lovers film-related book collection. 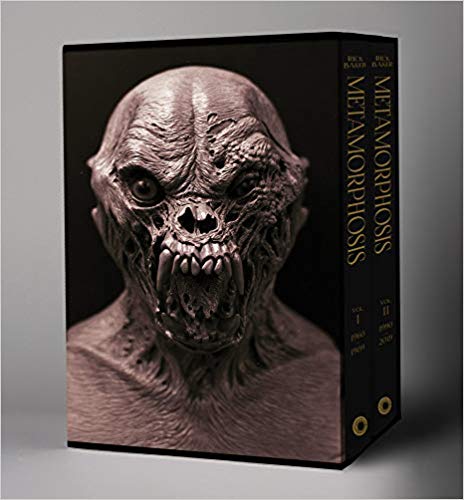 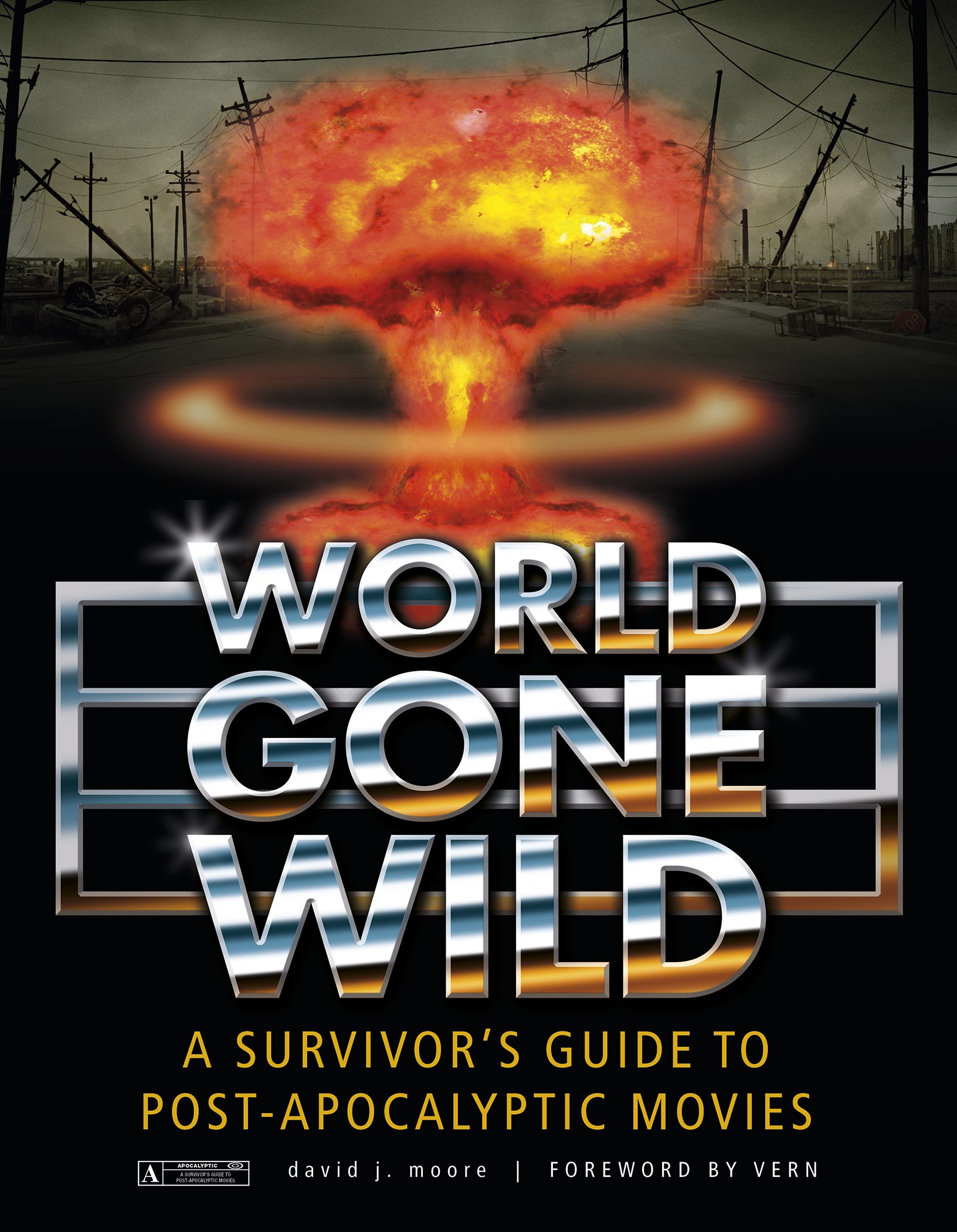 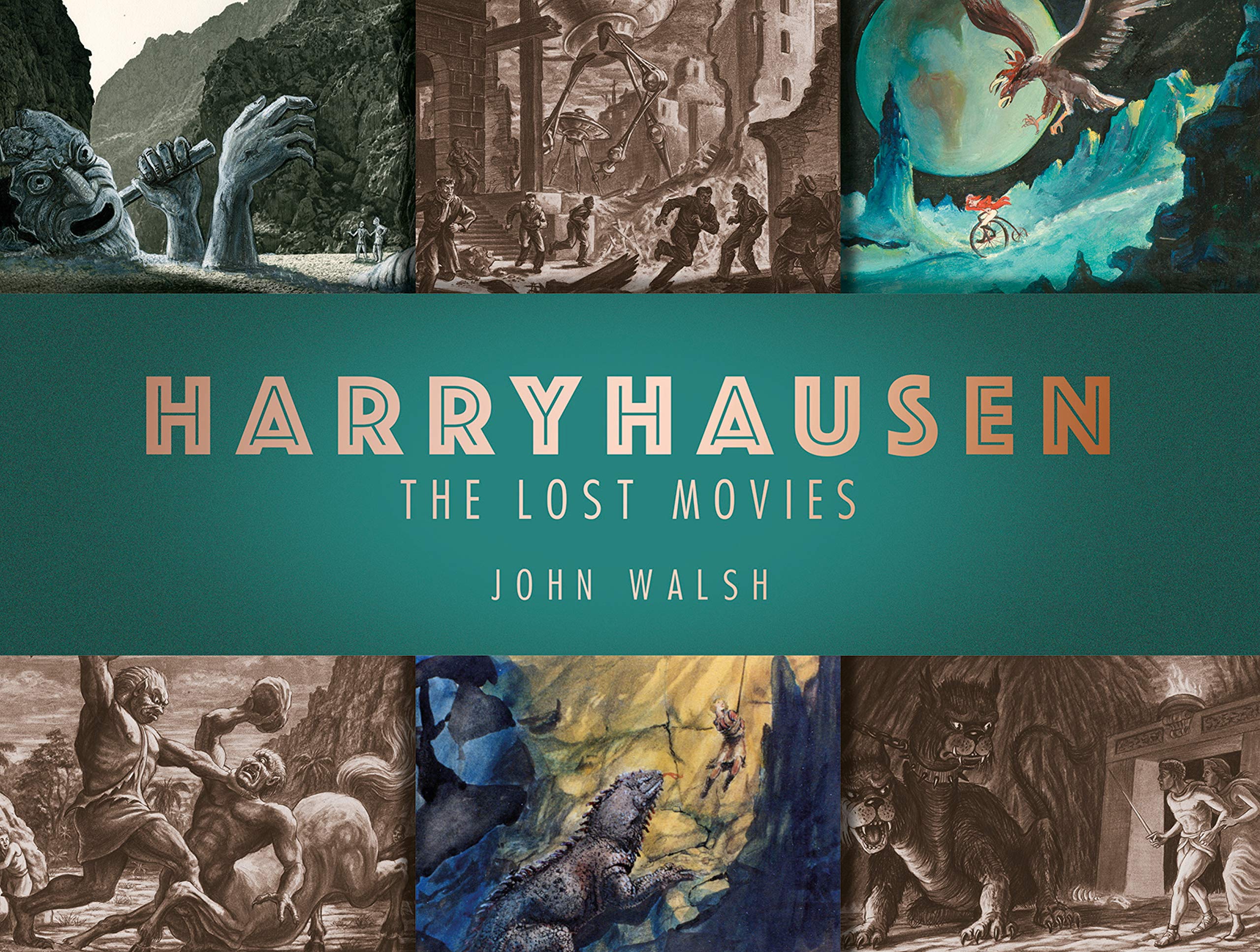 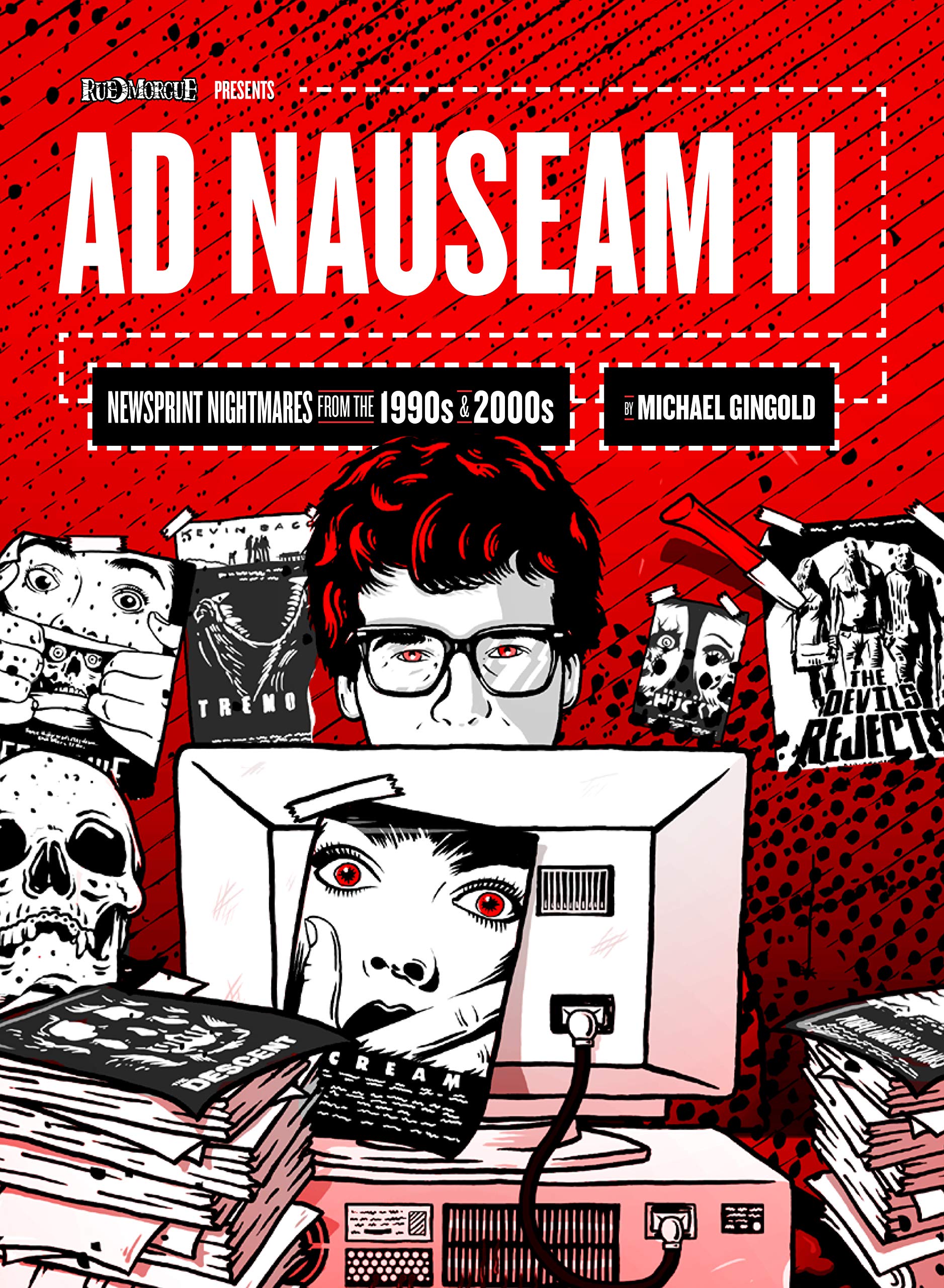 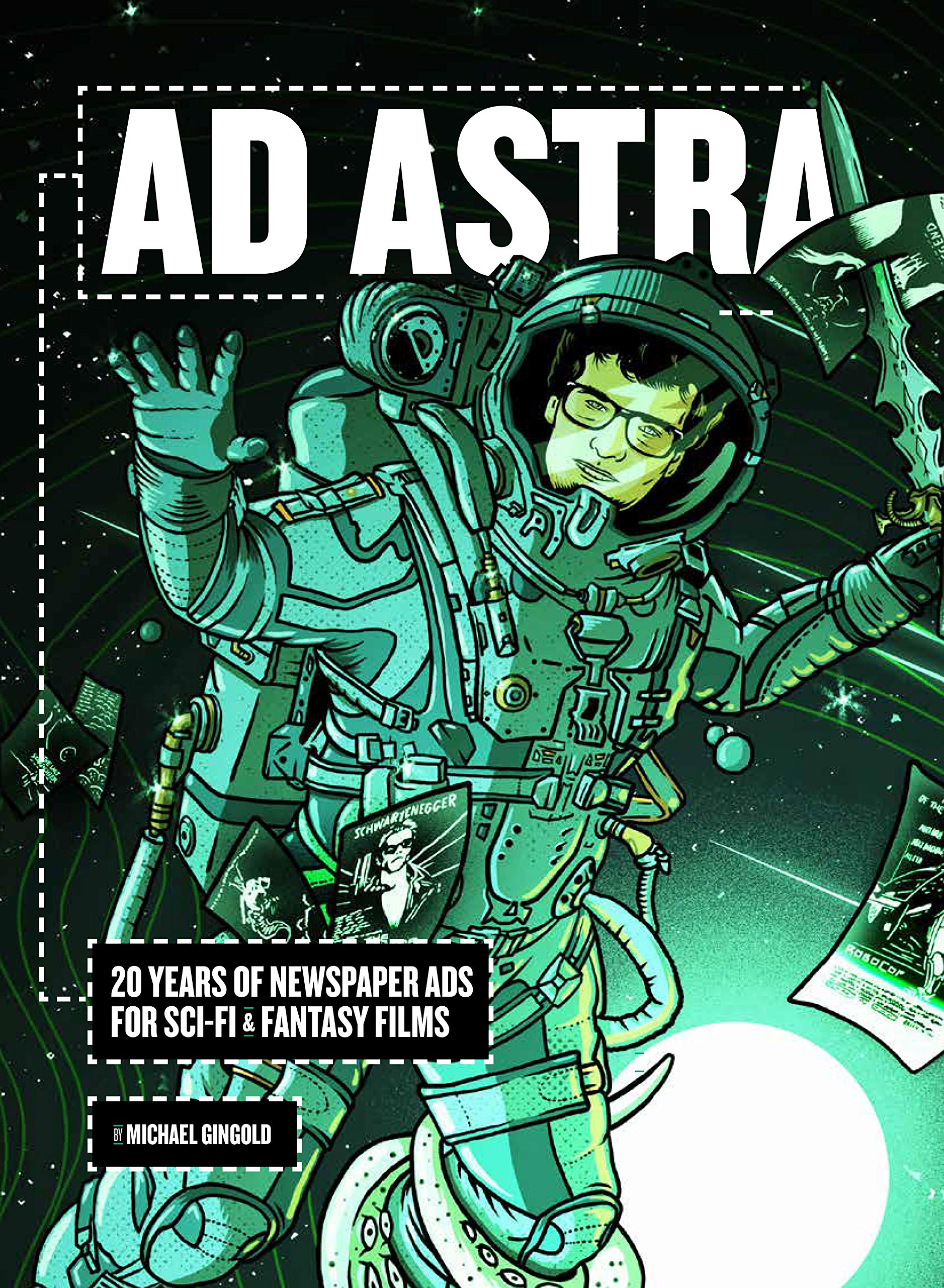 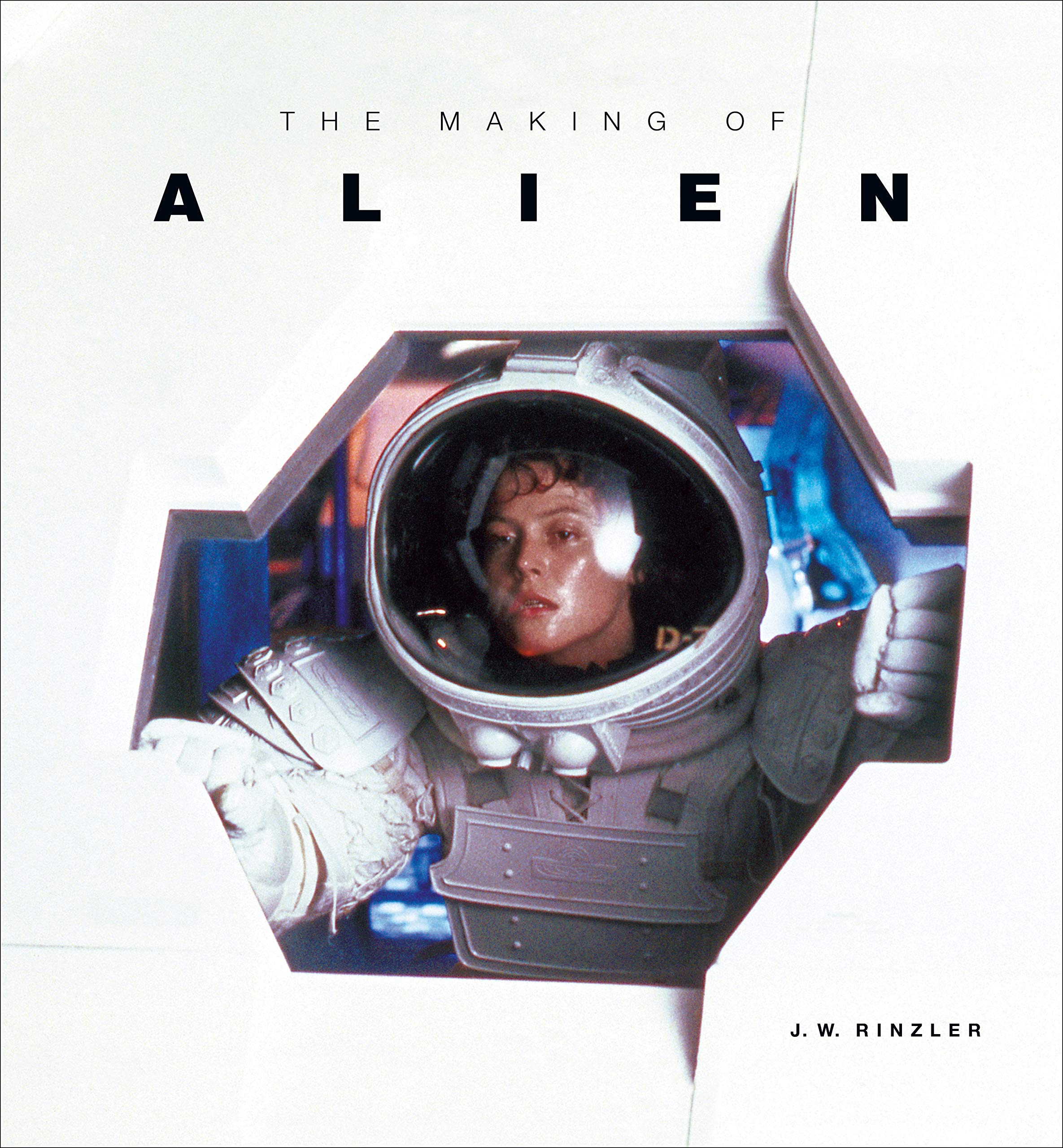