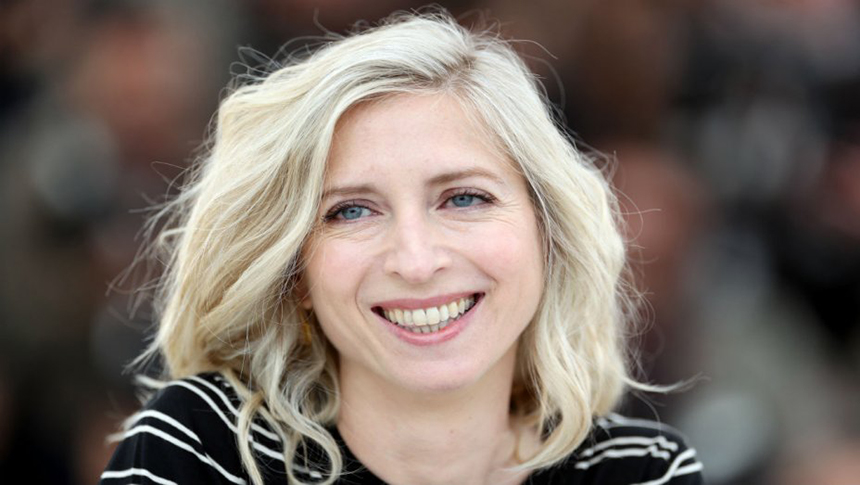 Jessica Hausner's wickedly funny Sci-fi genre twist Little Joe garnered accolades at this year's Cannes Film Fest. The Austrian filmmaker was also honored with her own retrospective at the Film at Lincoln Center this fall. Her female perspectives and unique take on genre conventions make her one of the most interesting voices in contemporary cinema. I sat down with Hausner when she was in town for her retro.

Screen Anarchy: Congratulations on Emily Beecham winning the best actress award at the Cannes Film Festival and also on your retrospective that is about to happen here at the Lincoln Center.

Your retrospective is titled ‘Miracle Worker’. I am wondering how you feel about being called a miracle worker in this case?

Well…I didn’t even know that the title of my retro was miracle worker. It might be because I made a film about a miracle called Lourdes. But no, I don’t have any other specific thoughts about why it’s called that. (laughs)

It is interesting going through your filmography that each film is playing with the genre.

Some. Not all. I don’t think Lourdes is playing with the genre.

But I can see that it can be called a religious film that is not religious. It’s kind of a sly take on religious film, something that you are playing with.

What I think about this is that when you are creating a new project, do you approach it as a genre film? How does Jessica Hausner’s process work?

Well,  I start with a very short idea. Some times it’s only a sentence or logline or something. In terms of Little Joe, I did think about the genre, especially Invasion of the Body Snatchers, as you can tell when you see the film. It’s obviously a film that plays around with that set up.

There is even a psychosis called Cat Grass syndrome – when you think that a person you know well is kidnapped and replaced by an imposter. It’s really funny to think but it really exists as a psychosis. But also as a genre film, it’s a funny set up to get into more a philosophical questioning. So yes, for Little Joe I used it and corrupt that genre convention to make something unique out of it.

There’s a film academic who said that about Christian Petzold’s films. How he sees his films is that Petzold is walking through the cemetery of genres and picking up the remains of the genre to make his films. Do you agree with that?

No. I mean I understand what he is saying. Petzold films do function like genre films, although they are Petzold films. That’s his specific style.

But I don’t think that’s exactly how I am doing it. Even though I mixed it in in Little Joe, I am not constantly doing it. And I do not trust genre. I have to say that as a woman, genre films are not really my cinematic language. When I started filmmaking at the academy, we only learned the male film language. I’m not saying it’s necessarily bound to gender but it is.

For example, when we talk about Petzold, at the film academy, we had to shoot this exercise…how do you call it, a chase scene. It was time for me to do something else because I was not interested in doing a chase scene at all. I remember back then all the filmmaking instructions were so one sided and were a lot about genre films. If Petzold finds it now to used those genre, it is his world. But it’s not mine.

You’ve done the French language film as we talked about LOURDES. LITTLE JOE is your first English language film. Was it any different than how you approach your German language films?

No. I worked very much the same as I always do. I start with my idea and do a lot of research I write a script, with Geraldine Bajard. We wrote Lourdes, Amour Fou and Little Joe together. I usually write scripts in German and it is translated to French or English. But I do like working in English. It’s the humor in English language I like. I think there is a same stride of dry humor that Austrian’s have in common with English.

Was it any different directing English actors such as Emily Beecham or Ben Wishaw?

I think it’s very similar to me directing in other languages. I usually direct actors concentrate on the false side of their characters than on their authentic side. In all my films I try to show that these people are manipulated in order to function well in societies, so they can talk and act according to the society we live in.

Someone termed it ‘unconscious social pressure’. I had to remember that. (laughs). This is what I work with whether I work in German, French or English.  I think we all have this codes this and modify our behaviors to follow that code.

One thing to add, I don’t think it’s anything negative. In Little Joe,  and other films as well, I just wanted to show that it is necessary. Because otherwise we would not be able to live together if we say whatever’s on our mind all the time. That would be a nightmare!

In LITTLE JOE which is a paranoia film, there is no paranoia. There is no emotional fireworks, no people screaming on top of their lungs or flailing their arms. What I feel when I watch your films is that even though it’s funny, there is this sadness coming from disconnections between characters.

Are depression and sadness something you consider when you write a script?

No. On the contrary, I try to focus on the humor. I can only write a script when the tone is slightly funny. You mention Amour Fou. I did work on the script about double suicide a long time ago and it was about depression. When I wrote it and read it, I thought, I want to kill myself it’s super sad. So I put it in the drawer and didn’t touch it anymore.

Only 15 years later, by chance, I read about this German poet Heinrich von Kleist and when he asked different people to die with him – he asks his best friend who said no, then he asks his cousin and then he asks this random woman, Henriette who finally consents because she thinks she is dying anyway, so I found that was a comedy and that I could laugh about it. It’s a friendly laugh. It’s a laugh of understanding the basic human condition. The weakness of the character, the ridiculousness of it all.

The symmetry of your films, the film language – the mise-en-scene, the colors, everything is very precise. I know that you’re from an artistic family – your father is a painter, so is your sister. Did you study art yourself?

No I did not study art myself. But I do think that my family had an influence on my interest and my love for art for sure.  When we were little, I have two sisters, one is an artist and the other is a  costume designer who works with me on my films, so the costume designer sister and me would be absorbed in the conversations my parents had about art and colors and artists. During vacations we didn’t go to the beach, we went to the museums. We triggered alarm several times because we were looking at the paintings too closely.

I watched AMOUR FOU recently and it is in LITTLE JOE too. There is sadness in those films. And it affected me.

I think there is sadness and there is lightness in all things. I don’t go out to make a sad movie necessarily. As the saying goes, tragedy plus time is comedy. Then you can get that humor.