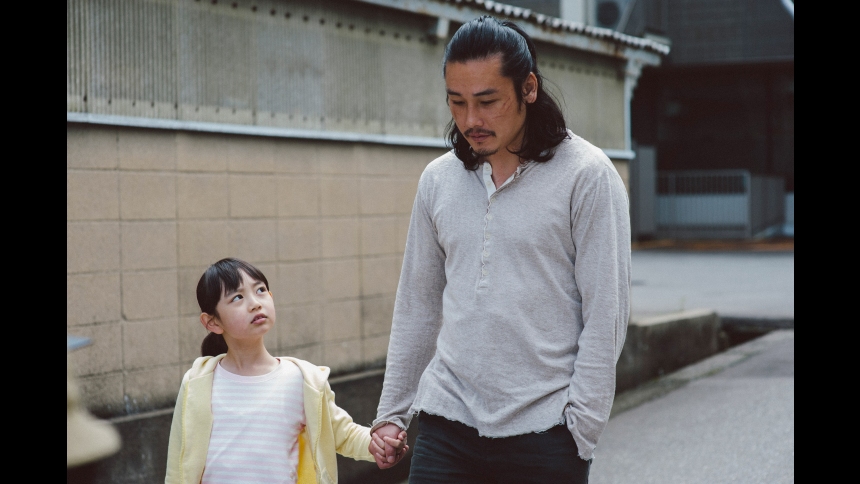 I think it was Jean-Luc Godard who said that all you need to make a movie is a girl, a guy, and a knife. In a phone booth.

OK, that should definitely not be attributed to Godard, but instead, perhaps, to Re:Born director Shimomura Yuji, who stages a dangerous fight between two people in a very confined space in our exclusive NSFW (Not Safe Work Work) clip from the film, which itself is A SHUDDER EXCLUSIVE!

Translated, that means the film will be streaming exclusively on the genre-favorite streaming service Shudder, Shudder Canada and Shudder UK as of Thursday, November 7.

The image accompanying this article showcases Tak (a.k.a. Tak Sakaguchi) and the little girl he is talking to on the telephone in the clip. Here is the official synopsis:

"Toshiro, a former special forces operative, now lives a quiet life in the Japanese countryside. Despite his seemingly peaceful existence, Toshiro struggles to contain the destructive impulses that once made him the top soldier in an elite unit of killers. When his former commanding officer, the enigmatic Phantom (, comes out of the shadows seeking revenge, Toshiro goes on a kill-crazy rampage against a squad of ruthless assassins, with a dazzling display of close-quarters martial arts. Starring Tak (a.k.a. Tak Sakaguchi), Masaya Kato, Takumi Saitoh, Mariko Shinoda, directed by Yuji Shimomura."

Watch the clip below. Then tell your friends, but maybe not in a telephone booth. Then watch Re:Born on Shudder tomorrow and/or the next day and/or the day after that.

Do you feel this content is inappropriate or infringes upon your rights? Click here to report it, or see our DMCA policy.
JapanMariko ShinodaMasaya KatoShimomura YujiTakTak Sakaguchi)Takumi Saitoh