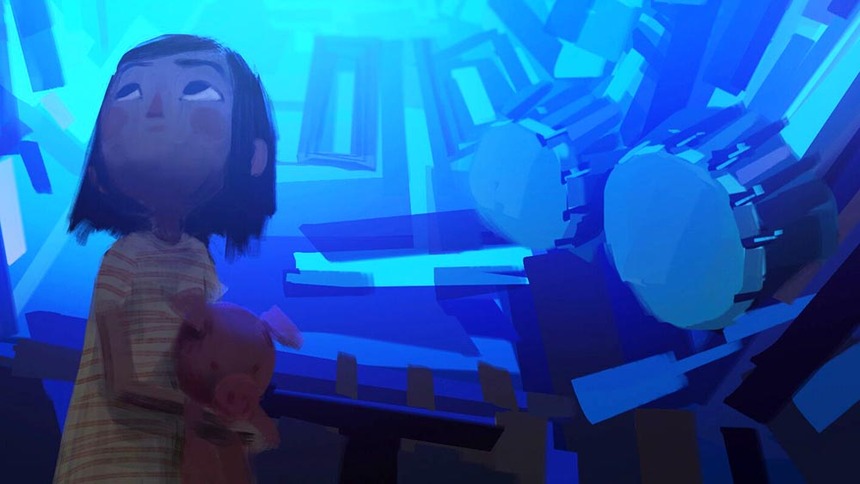 You could be forgiven for feeling a bit hungover from the high that came from the first few boom years of the VR content revolution. I have certainly been guilty of pumping up hype for this new form of narrative storytelling that has struggled to gain a foothold with consumers outside of the (still well-attended) VR sidebars at major film festivals. But one thing that has been a constant throughout the cycle is the consistent quality of the projects created by Fable Studio and that company's founders/collaborators Edward Saatchi, Pete Billington, and Jessica Shamash.

Fable's centerpiece is their Wolves in the Walls series based on the story by Neil Gaiman and Dave Mckean. We've covered the series when it premiered at Sundance 2018 and then relaunched at Tribeca earlier this year. Now the final chapter has just dropped for Oculus Rift and Rift S users on the Oculus Store today.

Here is the synopsis from Fable:

"Not everything is as it seems when 8-year old Lucy's imagination proves to be a reality. Help her discover what's hiding inside the walls of her house in this immersive fable, based on renowned children's book by Neil Gaiman and Dave McKean. The long awaited chapter, "They're Everywhere", expands upon the mystery and shows the power of courage, friendship and family when all seems lost. Starring Isabella Rosselini as Nana, Jeffrey Wright as Dad, Noah Schnapp as Brother, Elizabeth Carena as Mom, and introducing Cadence Goblirsch as Lucy."

Wolves in the Walls has also served as the key for Fable's pivot to a focus on virtual beings and they'll be helping to put on a Virtual Being Summit in LA later this month.

Go check out Wolves if you have a Rift and stay tuned for what's next in this (still) evolving medium.