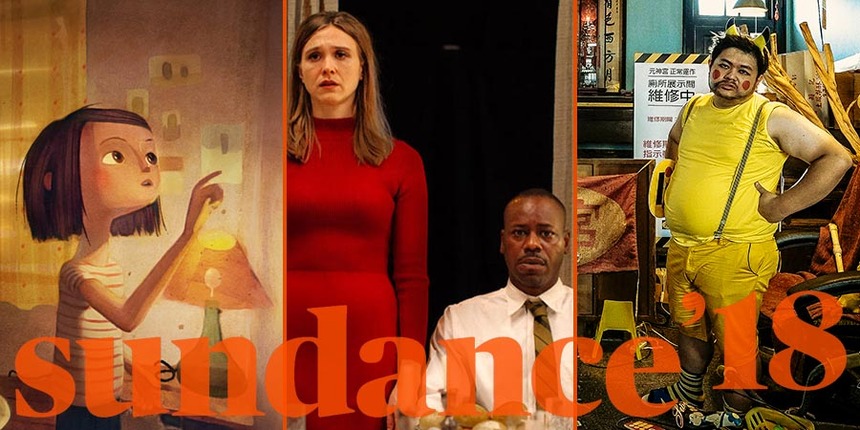 Unofficially the kickoff to "Year Four" of VR storytelling content, this year's New Frontier program was undoubtedly the best ever collection of narrative VR experiences. We are finally leaving behind the tech demo stage! Many of these pieces will be remembered in years to come as signposts of quality early VR creation. Check out this link for a quick refresher on our past VR coverage and enjoy this rundown of nearly every VR piece at Sundance 2018. 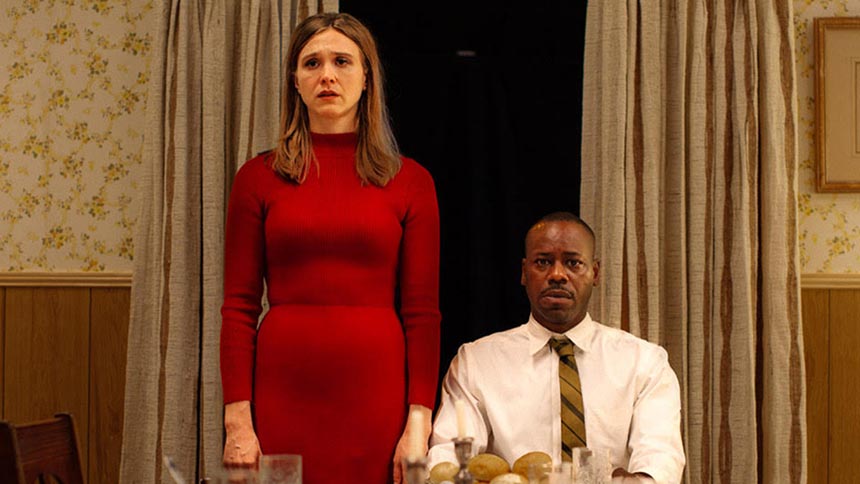 The Dinner Party
We discussed Angel Manuel Soto's (made with Skybound Entertainment, RYOT, and Telexist) narrative short when an early demo played in L.A. a few months back. To say it has come a long way is an understatement. This is a finely crafted story of alien abduction that really leans into subjective experiences that were captured on tape in the 1960s and does so with awesome and stylized techniques. It's scary at times without being a "horror" and is really a mark as to how high quality 360 video can be realized. 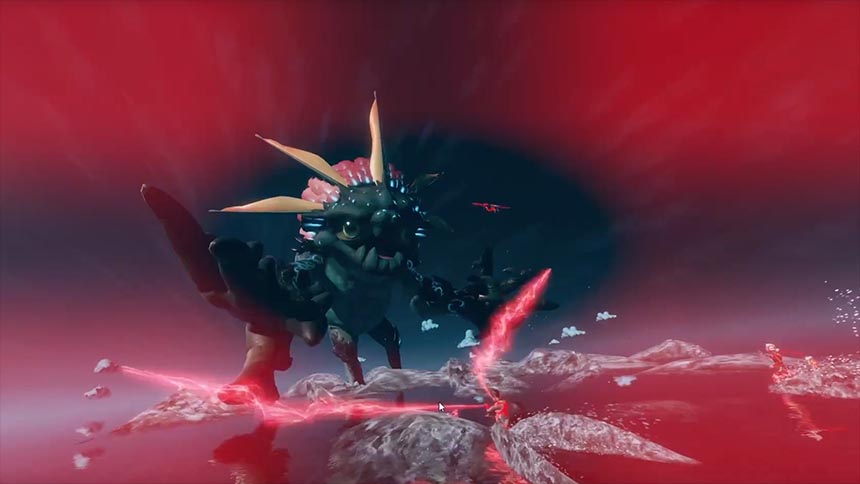 Chorus
Anyone who remembers last year's super fun cats+champagne music video experience Chocolate will be happy to jump back into any VR experience by Gentle Manhands founder Tyler Hurd. This time the music is by Justice and the experience is a big step forward. You assume the body of one of six women warriors of various species and fly off to save the universe with the help of your buddies. This multi-user experience draws on Within's success of Life of Us (Chris Milk served as producer and Aaron Koblin EP) with the multi-users being propelled forward. Hurd's sense of humor and beautiful character design really shines making this one of the coolest and most fun VR experiences to date. 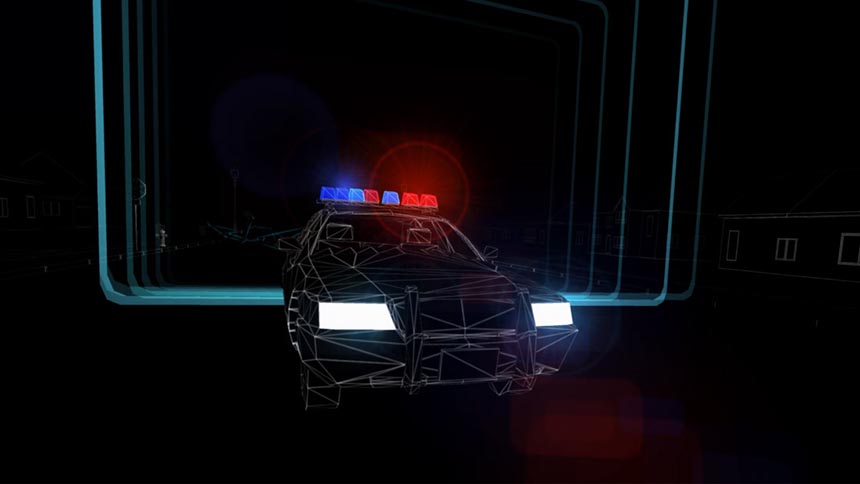 Dispatch
Edward Robles 4-part narrative is a beautifully animated story about a 911 dispatcher working to solve a crime (not dissimilar to the World Cinematic Competition film The Guilty). The VR piece uses innovative vector art along with lighting effects and some limited video. It also uses audio cues in a way that evokes the wonderful Notes on Blindness. This is one of the most visually stunning VR pieces to date and the fact that notable actors such as Martin Starr were cast greatly add to the quality. Robles, who was the writer behind Dark Corner's Mule, worked with Oculus and Here Be Dragons on the project and the top notch craftsmanship really shows. This is quite simply a "Must Do" experience. 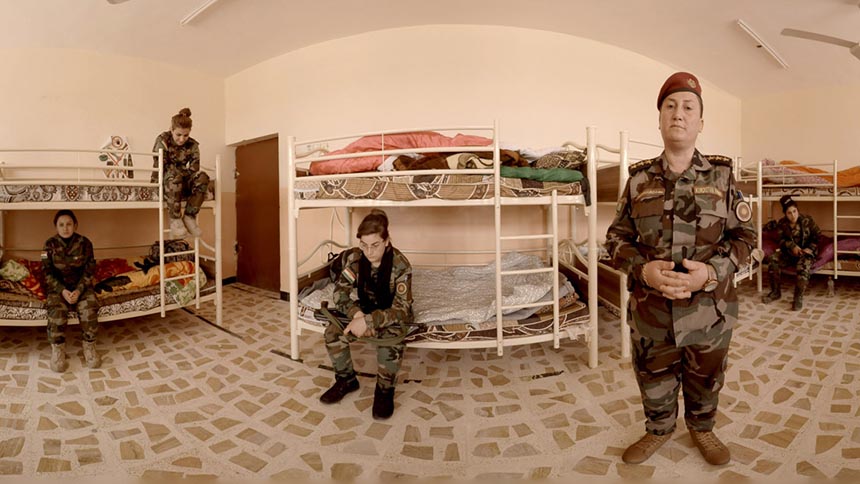 The Sun Ladies
Another strong piece with an unintentional link to a film in the festival is actress Maria Bello's mixed animated-live action docu piece about Yazzidi women who are fighting back against their ISIS captors with a unit in the Iraqi Army called the Sun Ladies. (The link is to the documentary On Her Shoulders about a Yazidi woman who has become the figurehead for her people after escaping sex slavery). Made with Celine Tricart and Christian Stephen, the piece is immaculately made with both the animated and stitched video portions nearly flawless. It's both powerful and informative. 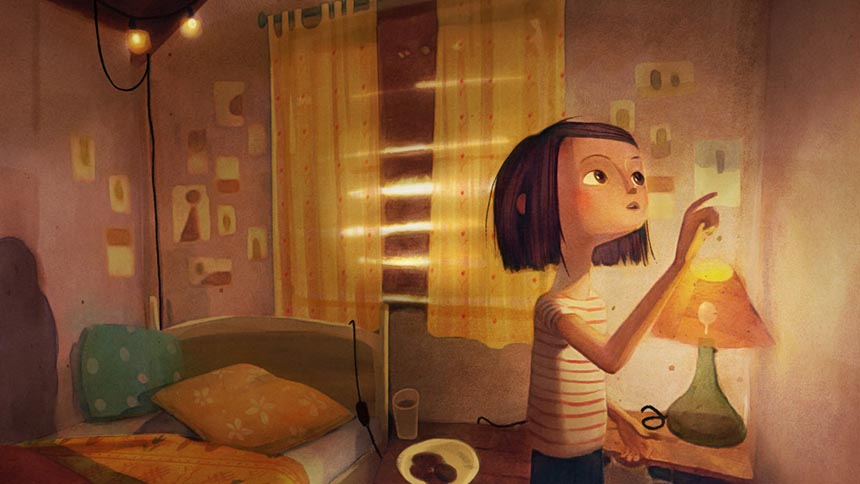 Wolves in the Wall
Chapter 1 of Pete Billington and Jessica Yaffa Shamash's interactive animated narrative introduces you to 8-year-old Lucy. In innovative fashion, Lucy actually draws you, her imaginary friend, and then tasks you with helping her discover the secret wolves living in her house. Based on a Neil Gaiman story, this first chapter is just a taste of what's to come: an immaculately drawn and extremely interactive story with fascinating hints at evolution of AI. At least two more chapters are on the way from the newly formed Fable Studios, founded by Billington and fellow Oculus Story Studio alum Edward Saatchi. 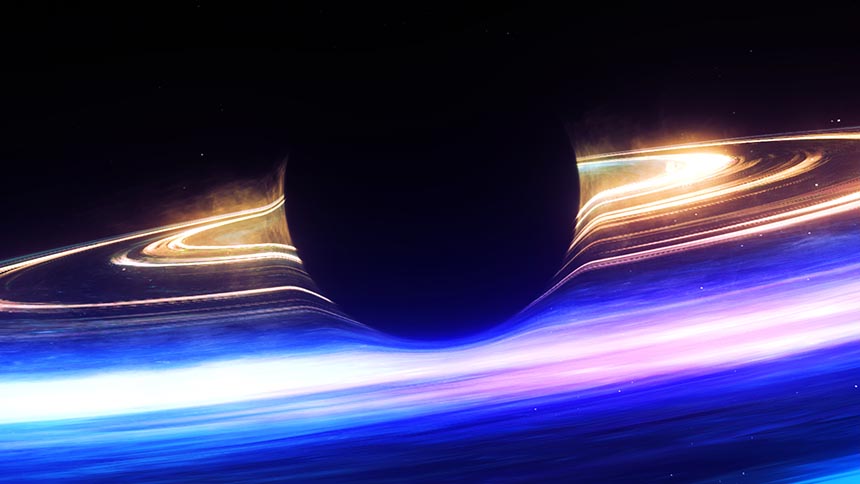 Spheres: Songs of Spacetime
If you've ever dreamt of flying through space and into a blackhole, you can now do it in VR thanks to Eliza McNitt's beautiful cosmic art experience. Along with the hypnotic journey, visitors also gain a fair amount of knowledge on the subject due to a Jessica Chastain-voiced narration. Darren Aronofsky executive produced the project and the score is by Survive's Michael Stein and Kyle Dixon. This piece was also notably acquired for distribution for a massive 7-figure deal. 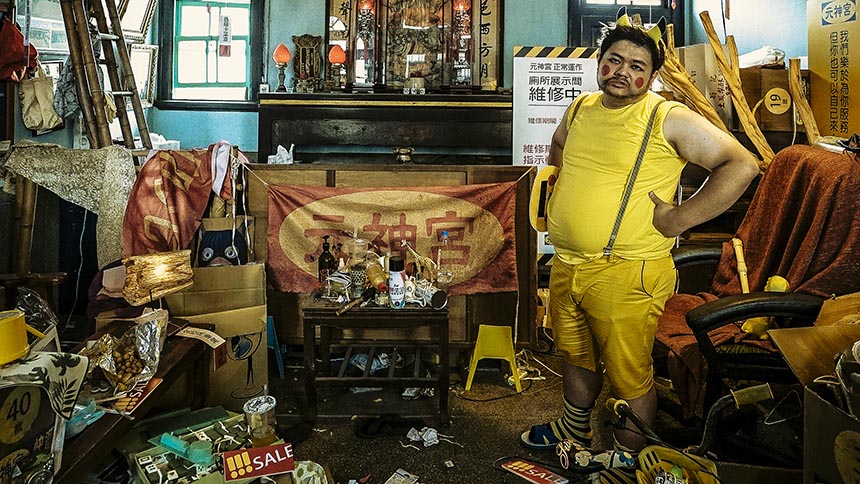 Your Spiritual Temple Sucks
John Hsu's and Serendipity Films's very clever 360 narrative drops you into some sort of future Taipei where you try to get your life in order with the help of a strange spiritual guardian Pika... err... "Thunder God." The narrative is a super fun mix of classical Chinese superstition and in-app purchase humor (interactivity is only feigned). But what really shines the piece's beautifully high production value. 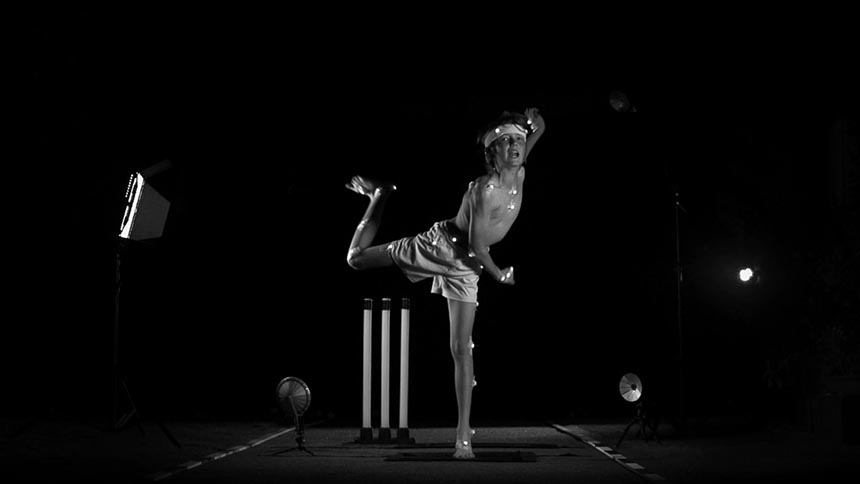 Summation of Forces
This very artistic non-narrative piece explores movement and athletics through the lens of a brothers' cricket match. It uses striking black and white slow motion video capture along with a healthy dose of 3D programming to put you into this strange meditative world. Created by Narelle Autio, Trent Parke, and Matthew Bate, the piece is pretty enjoyable and very trippy. 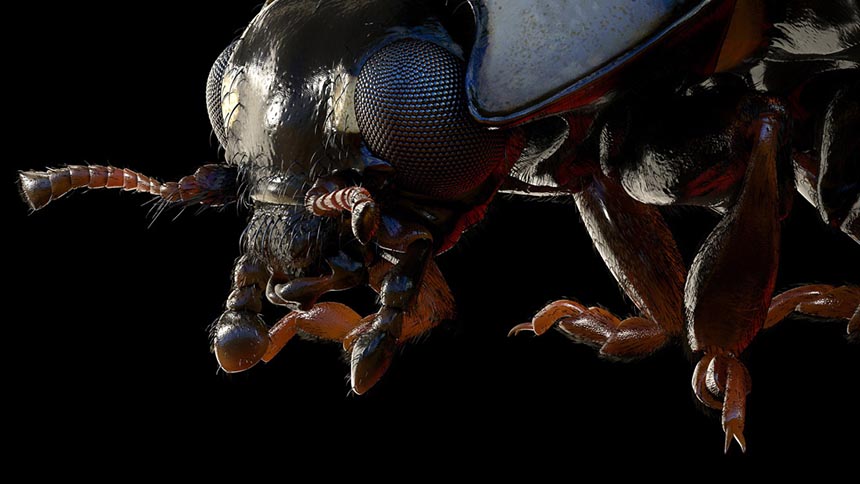 Micro Giants
Scale is one of the main elements of VR that I predict will be really exploited to make VR narratives something different than their framed content counterparts. Just think, if I show you a picture of a big beautiful mountain, you might say, "cool." But if I place you at the foot of the mountain, the feeling is suddenly something visceral. So I was excited to read about Digital Domain's animated VR experience that plays with scale via a series of insect predator/prey interactions. It's beautiful and totally works as I'd hoped and points to more big (or little) things to come from this team that's already very well known in the feature film VFX world. 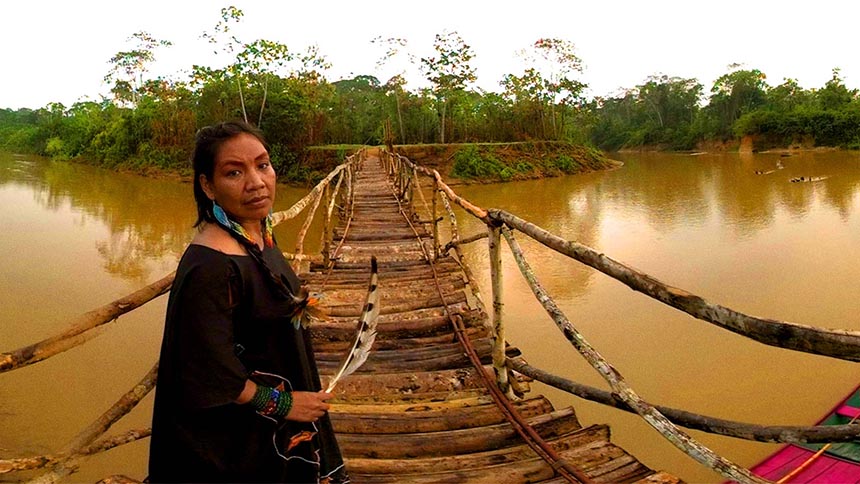 Awavena
VR veteran Lynette Wallworth returns with another VR docu piece that mixes live action and animation to tell the story of an Amazonian tribe and their iconoclastic female shaman. The beautiful live action footage outshines the LIDAR animated portions but the narration of the shaman's story really brings the piece to life. 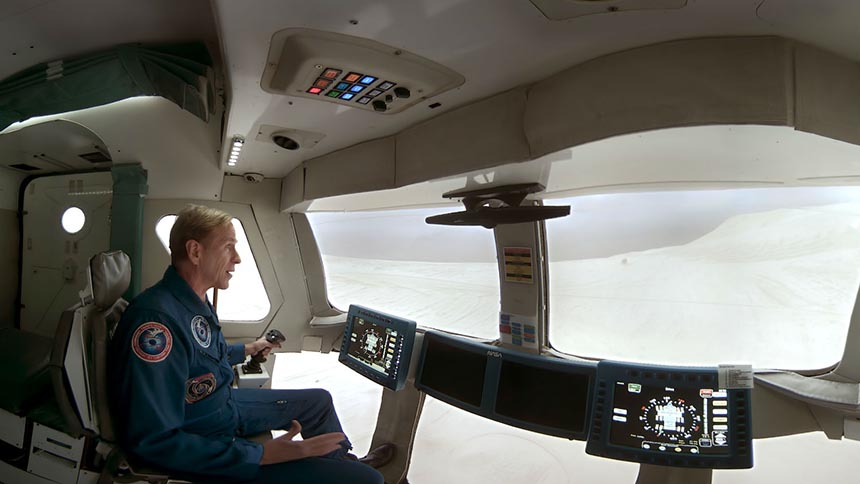 Space Explorers: A New Dawn
Felix & Paul Studios are becoming synonymous with the highest quality of 360 video, especially when it comes to documentaries. They won an Emmy for The People's House and it wouldn't be at all surprising to learn they're back in the hunt again with the NASA docu that transports you inside the astronauts training regimen. It's narrated by a number of interesting characters but the real star of the show is the flight in one of the training jets. I want a 30 minute version of that (complete with this piece's awesome Voyager Chair integration, that is). 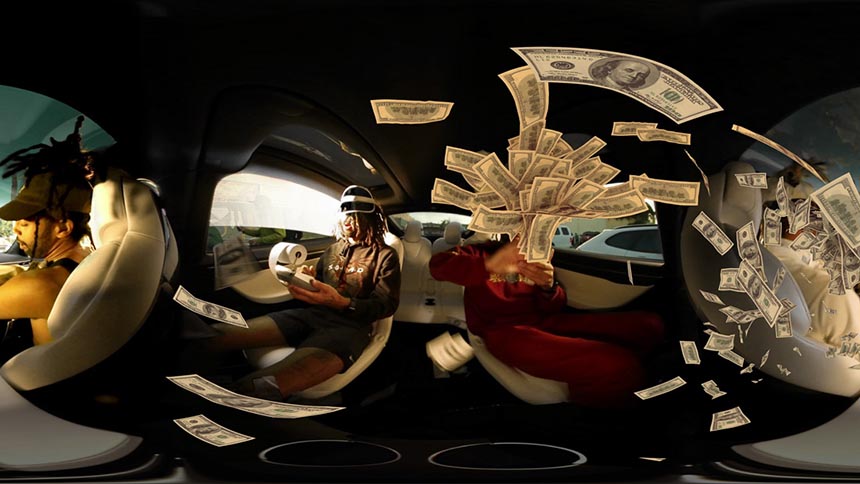 On My Way
This Yung Jake 360 music video by "m ss ng p eces" and Jaunt Studios (in association with Ti.ght) puts the viewer in the car with the rapper Yung Jake as he spits his clever rhymes. What's most clever, however, is the gaze-activated programming that means as you spin in circles, the different Yung Jake versions seamlessly switch into other versions of the rapper (or maybe a dog or Reggie Watts). It's a simple trick but executed very well and a lot of fun. 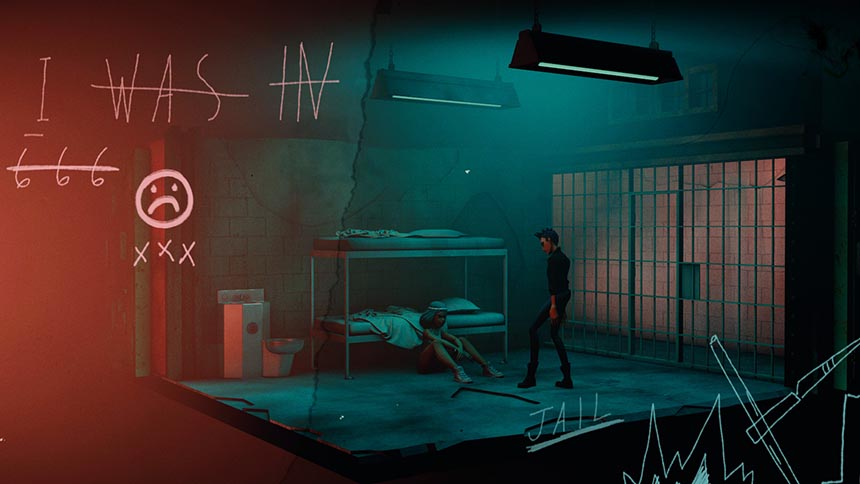 Battlescar
This innovative animated narrative by Nico Casavecchia and Martin Allais transports you to a dark and dingy 1978 New York City. Text fills the screen as the stylistically animated characters surround your field of vision in a dollhouse-esque setting. It's an interesting and very well-imagined technique and the casting of Rosario Dawson for voice work was the perfect decision. 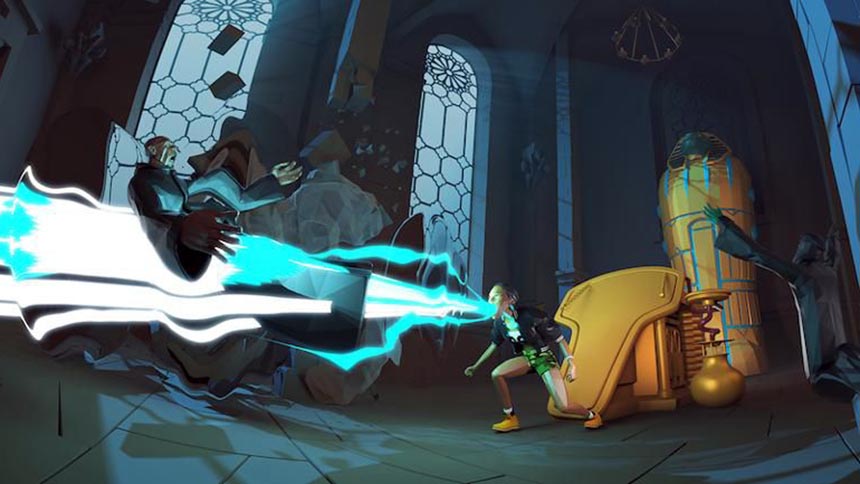 Masters of the Sun
This animated narrative series created by the Black Eyed Peas uses a totally different technique to drive the story forward. Borrowing much from comic books, this piece uses gaze based activations on speech bubbles mixed with animation and narration to tell the decidedly adult-themed story of zombies taking over the ghetto in 1980s LA. It's a slightly awkward technique at first, but once you get the hang of it, things move very quickly and the animation makes the world a joy to visit. The crazy-talented voice cast includes Rakim, Queen Latifah, Jason Isaacs, KRS-One, Slick Rick, and Stan Lee. 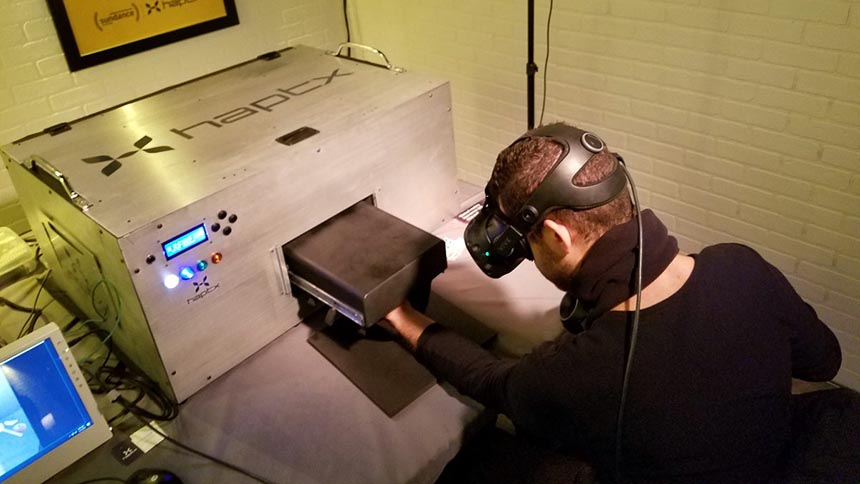 Experience Realistic Touch in VR
This HaptX tech demo of a new device that pretty much fits its name is something special. For now you have to stick your hand inside a box, but soon a glove will be able to simulate pressure and temperature to add to the incredibly immersive experiences. The future is awesome. 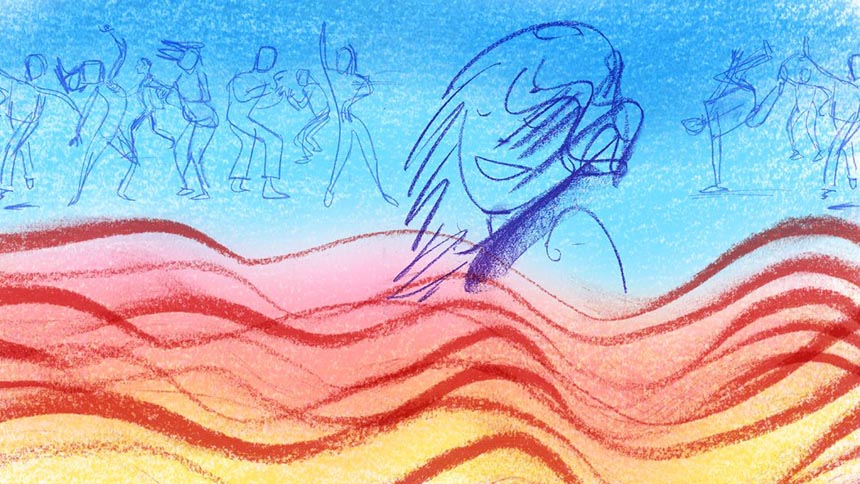 Sensation of Sound
Not part of the New Frontier program but available at Sundance via the good folks at Lytro, this VR piece takes you into the world of Rachel Kolb, a woman who received partial hearing from a cochlear implant at age 20. The piece explores how Rachel interpreted the world and music before and after the surgery and is a fascinating exploration of sound and art. 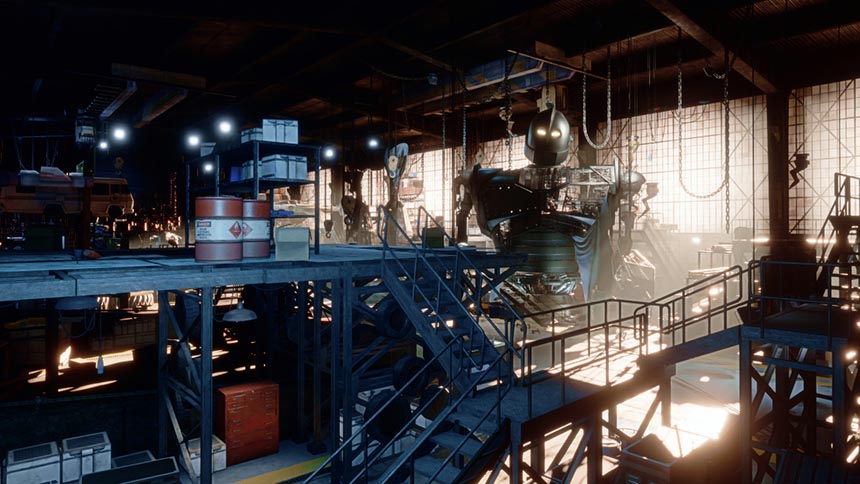 Ready Player One
One final demo that was only available at the Intel house, Sansar's Ready Player One inhabitable world is a social meeting place where you can hang with friends and explore different elements of the upcoming movie. It's beautifully created in 3D and filled with all kinds of filmic references making it a very cool experience.