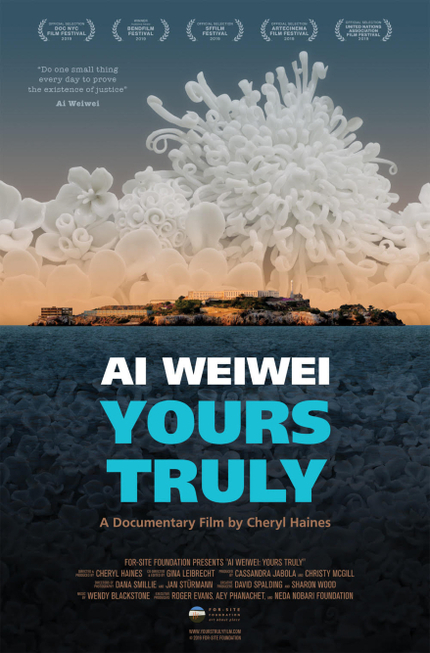 The story of the feature-length documentary "begins with the remarkable exhibition @Large: Ai Weiwei on Alcatraz, organized by curator Cheryl Haines," according to the official synopsis, which continues:

"Following Ai Weiwei's detention by the Chinese authorities, the outspoken artist and activist transformed the former island penitentiary with an exhibition that engaged nearly 900,000 visitors in a conversation about human rights and personal freedom. One of these artworks, Yours Truly, invited the public to compose messages to prisoners of conscience around the world. By the time the exhibition ended, over 90,000 postcards had been sent.

"The film follows these postcards around the globe -- from Alcatraz Island to Beijing, Washington, D.C., and Cairo -- as former prisoners of conscience and their families discuss their difficult choices and the comfort they took from personal postcards reminding them that they were not forgotten.

"Ultimately, the film ... is a call to action through a simple act, extending the reach of Ai Weiwei's art and urgent call for freedom from injustice and oppression as visitors pick up a pen and personalize the core principles of global human rights."

Ai Weiwei: Yours Truly will premiere at DOC NYC on Sunday, November 10, 2019 at IFC Center in New York. Enjoy the trailer below. 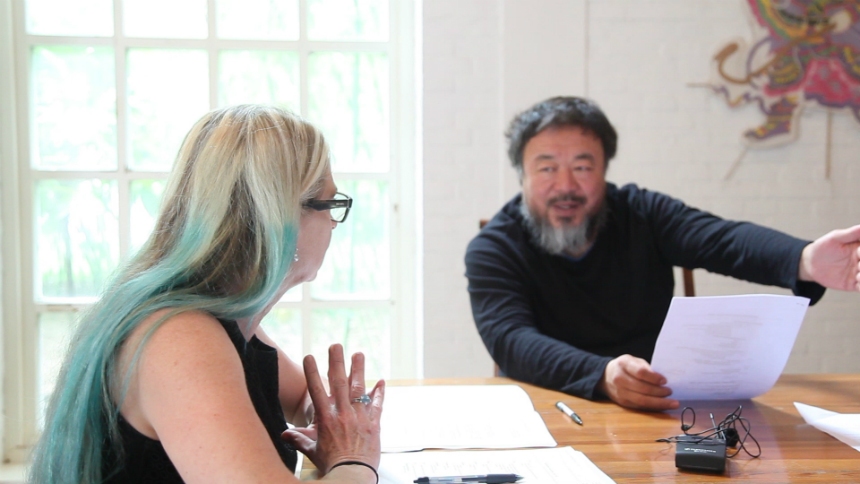 Do you feel this content is inappropriate or infringes upon your rights? Click here to report it, or see our DMCA policy.
Ai WeiweiCheryl HainesDOC NYCdocumentaryGina Leibrechtindie

More about Ai Weiwei: Yours Truly