Locarno 2019 Review: IVANA THE TERRIBLE, Quirks and Paradoxes of Millennials on the Balkan 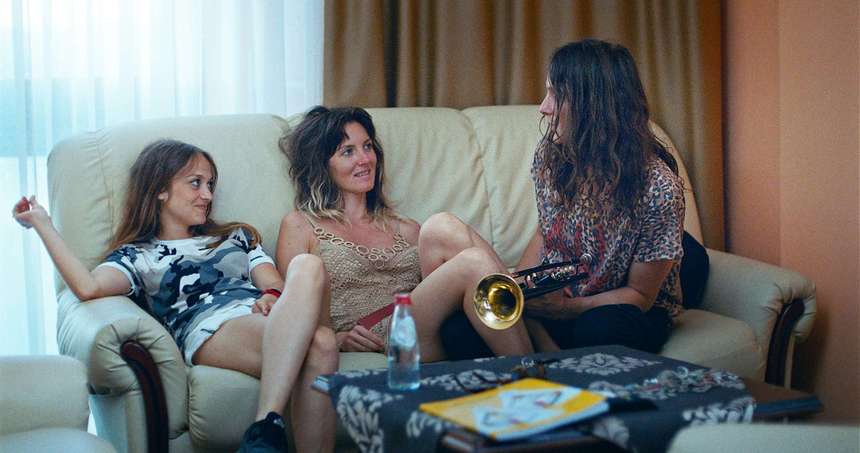 The Locarno Film Festival introduced strong debut features by emerging female filmmakers from Eastern European territories in previous years, such as Godless and Scary Mother. The trend still prevails, as more up-and-coming female filmmakers join the ranks of Locarno's tightly curated lineup. Such is the case with Serbian writer-director-producer doubling as actress Ivana Mladenovic, who revealed her sophomore feature with a tongue-in-a-cheek title: Ivana the Terrible.

Mladenovic is of Serbian origin, professionally active in the neighboring country of Romania, where she studied film directing in Bucharest, made first feature documentary Turn Off the Lights and debuted as an actress in Radu Jude's magnificent biopic drama Scarred Hearts. Her fiction feature debut, Soldiers. Story from Ferentari, centered on a gay romance set in a Roma ghetto in Bucharest. In her second foray into the realm of fiction filmmaking, Mladenovic turns the camera upon herself, figuratively and literally.

Ivana the Terrible merges two trends of current world cinema and aesthetics that have dominated the last two years of the Locarno Film Fest lineup: The docu-fic hybridization that proved to have a large variety of iteration and social issues, addressed via the lens of female filmmakers.

In this sense, Ivana the Terrible turns out to be the culmination of previous curatorial efforts by the programming team behind the largest Swiss film gathering, even though this year's edition unfolded under the new artistic direction of Lili Hinstin, who replaced Carlo Chatrian. Mladenovic´s sophomore feature became a small token of confirmation that Chatrian's vision and the course he began will, at least be partially preserved.

Ivana Mladenovic fully owns the film as its writer -- co-written by Adrian Schiop, who collaborated on the script of her previous fiction feature -- and director, the leading actress and co-producer -- produced by Ada Solomon, who is behind Euro art-house darlings such as Child's Pose, Toni Erdmann and Aferim! -- in a story described by the director as a fictional autobiography, yet another category into the sprawling taxonomy of docu-fiction hybrid form. Mladenovic cast her family, friends and former lovers to star in various roles. 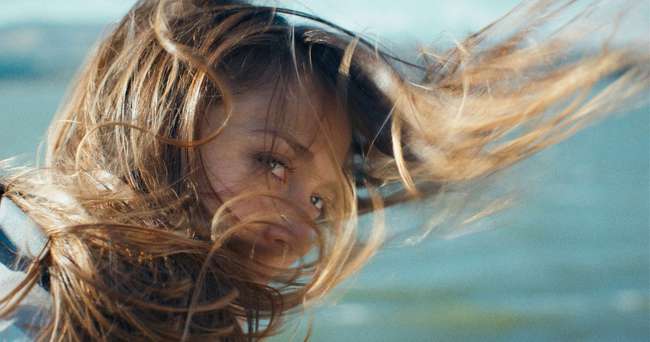 Mladenovic, in her on-screen version as Ivana, returns to her hometown of Kladovo on the Serbian side of Danube to visit her family during summer. Away from her work duties in Romania, she is asked by the mayor of Kladovo to become the face of a local music festival. If that was not enough, she becomes the latest honorary of an award promoting friendship between Serbia and Romania. The Trajan Bridge connecting Serbia and Romania over the Danube is located in Kladovo on the Serbian side, so symbolisms of bilateralism abound.

Ivana's return is far from a ceremonious homecoming. Her bickering with her father and grandmother crescendos to almost satirical scale. In addition, she is suffering from a mysterious ailment, while doctors keep persuading her that there is nothing wrong physiologically with her. As it turns out, she is just on the verge of a nervous breakdown.

Mladenovic presents a common setting in Central and Eastern European arthouse films, namely, the countryside, where a collective psyche tends to be analyzed. However, unlike politically charged social realist dramas from the CEE territories, the writer-director goes against the conventions of the genre with unexpected histrionics. Ivana the Terrible suddenly turns into a thinly-veiled provincial psychological drama as the original mist of village comedy vanishes.

Ivana is soon caught up in local gossip that she is having a much younger lover (instead of settling down and having a family) and the word about her fame spreads around the streets of her hometown, generating a petty status of celebrity, being famous for being famous. Her bouts of hysteria continue to make a presence. 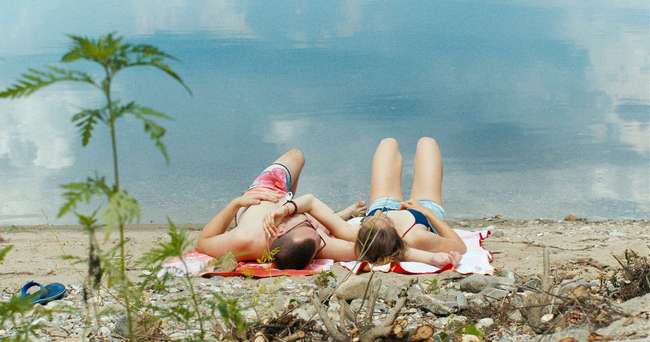 Ivana the Terrible oscillates between a low-key satire about small-scale fame and a dramedy about social stereotypes and their undermining. Besides the autobiography being molded into fictional storytelling approach, Mladenovic is empowering her character, challenging antiquated conventions fostered in the sleepy hamlet of Kladovo. She proceeds to subvert the conventions revolving around how women should and should not behave from the position of somebody superior over others, without any trace of a condescending tone, but as equally quirky and flawed personality.

Moreover, the traditional and conservative Kladovo gets to see the new level of woman power when Ivana's friend, portrayed by Romanian-Canadian singer-songwriter Anca Pop (to whose memory the film is dedicated), crashes into town. Vexing the local women with an offer to cast their clitoris as a sculpture is just the beginning. The collision of different worldviews and generations exposes the rift between them.

Eventually, the film's motifs and topics interweave into a rather personal portrait of the millennial generation on the Balkan. While over-the-top moments serve to undermine the self-serious tone,  bordering on pretentiousness, those situations still remain a relevant statement about that generation's contradictions. The ambiguousness keeps the audience engaged when Mladenovic veers towards but ultimately deflects from the folksier inclinations of village comedy prominent in the Eastern European mainstream audiences.

Mladenovic channels that very sentiment into the film´s formalism as Ivana the Terrible is half-part generational drama and half-part satire, in addition to being the amalgam of autobiography and fictionalization. Additionally, the film's vibe of being a semi-improvised and haphazard exercise evokes the younger generation's aloofness quite candidly.

In the case of Ivana the Terrible, the form mirrors the substance and generational foibles aptly as Mladenovic delivers a female-driven (and peculiarly empowering) millennial psycho-realist dramedy, liberated from pop mannerism.

Do you feel this content is inappropriate or infringes upon your rights? Click here to report it, or see our DMCA policy.
Ivana MladenovicIvana the TerribleLocarno 2019