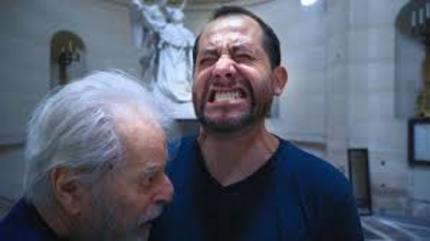 His diptych A Dance of Reality and Endless Poetry presented an imaginative autobiography, as Jodorowsky revealed his formative years and the events that shaped him. Crucial persons and events that eventually led to his own form of psychoanalysis have so far been missing from the films; however, Jodorowsky discusses the influences and even cases in detail in his books.

Psychomagic is a ritualistically-theatrical form of psychoanalysis; as the director-healer puts it, it is a language of dreams that enables to communicate with one's unconsciousness. The basis, as with Jodorowsky's very own poetics, stand on the intersection of Western and Eastern teachings. The director claims to have healed a variety of physical and emotional ailing, from neurosis to impotence.

The form employed in the healing process resembles Jodorowsky's bizarre theatrical plays, and surreal and symbolist happenings from his times of in the so-called Panic movement and sacramental melodramas in the 60s. Those acquainted with any form of Jodorowsky's theatrical extravaganza and thus his healing ritual know that they are quite a spectacle to witness. And so they are a perfect material for the camera.

The documentary Psychomagic, An Art That Heals captures the unorthodox yet highly theatrical and cinematic therapy sessions. The world premiere is set on September 30 at the French Cinematheque in Paris (as a part of Jodorowsky's retrospective). The film's theatrical release will follow in October in France; the U.S. premiere is under negotiations and is expected in 2020.

Do you feel this content is inappropriate or infringes upon your rights? Click here to report it, or see our DMCA policy.
Alejandro JodorowskyAn Art That HealsPsychomagic

More about Psychomagic An Art That Heals