MONOS Trailer Observes the Calm Before the Chaos 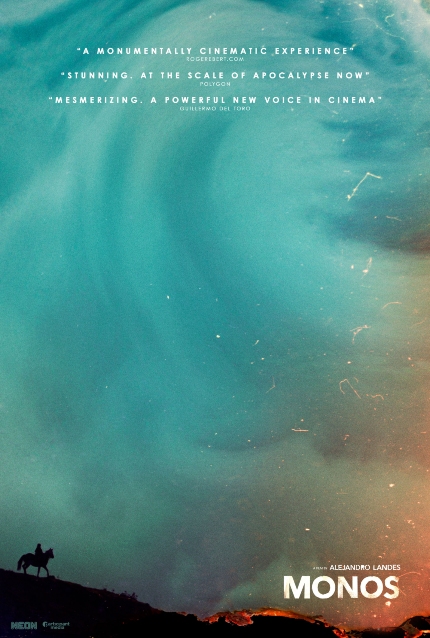 And now for something calming, until chaos erupts.

Directed by Alejandro Landes, Monos appears to start in relative peace and tranquility, as a group of people enjoy life in a beautiful, remote area. Slowly, however, the trailer adds bits and pieces of a narrative that will apparently drive the story forward.

It all looks quite spectacular, and I didn't realize the consistently compelling Julianne Nicholson was in the cast (under some mud) until reading the official synopsis:

"The teenage commandos perform military training exercises by day and indulge in youthful hedonism by night, an unconventional family bound together under a shadowy force know only as The Organization. After an ambush drives the squadron into the jungle, both the mission and the intricate bonds between the group begin to disintegrate. Order descends into chaos and within Monos the strong begin to prey on the weak in this vivid, cautionary fever-dream.

"With a rapturous score by Mica Levi (only her third, after Under the Skin and Jackie), director Alejandro Landes examines the chaos and absurdity of war from the unique perspective of adolescence, recalling Lord of the Flies and Beau Travail in a way that feels wholly original. Landes brings together a diverse young cast of both seasoned professionals (including Hannah Montana's Moisés Arias) and untrained neophytes and thrusts them into an unforgiving, irrational and often surreal environment where anything can happen -- even peace."

The film will open in Los Angeles, New York and San Francisco on September 13, and will then expand to other cities on September 20. Enjoy the trailer below. Visit the official site for more information.