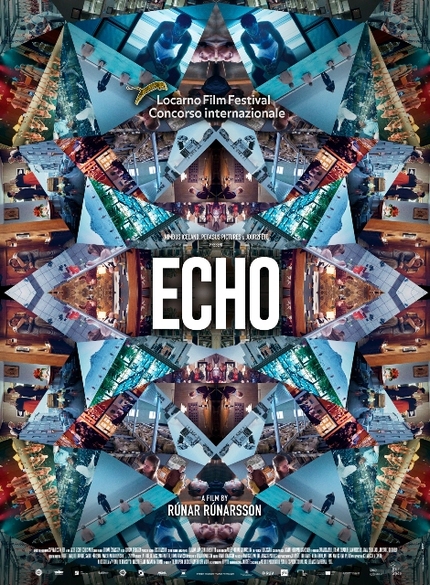 The Icelandic director Rúnar Rúnarsson came into prominence with his award-winning feature debut Volcano and sophomore feature Sparrows (2015 Golden Shell winner at San Sebastian). Both rousing dramas showcase how Rúnarsson crafted his personal signature poetics and personal style. That style has been re-engaged in his latest project, Echo, which world-premiered at Locarno Film Festival. Unlike his previous two efforts, the writer-director decided for a radical change.

Echo defies the traditional linear plotline. An experimental venture, Rúnarsson directed myriads of snapshots from the daily lives of Icelanders. The editor Jacob Secher Schulsinger (Tourist, The House That Jack Built, The Untamed) then edited the footage into 56 unconnected scenes creating a cinematic collage.

Rúnarsson sets into the time of the Christmas time however Echo lands far from the usual Christmas-mood films and generic feel-good fares. Sparrows proved the director is fearless in exploring darker sides of mankind, Echo is not a systematic subversion and disintegration of the Christmas film genre. Even though the film does a few steps into this direction, the better suited adjective is realist. Echo is realist drama in every sense of the word. 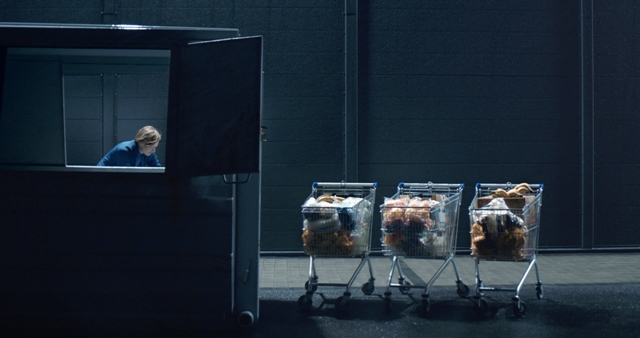 The scenes from ordinary lives stack up seemingly lacking any internal logic as the writer-director is not following any storyline as much as sketching a collective portrait avoiding any stereotypes. Echo consists of mundane activities of un-Christmasy quality such as parking a car and getting a little irritated by the weather, a peek into chicken slaughterhouse to scenes inserting moments as a senior staring blankly into the camera during a Christmas party (most likely in a retirement home) not responding to any verbal interaction while dropping downright surprising scenes such as a preparation to a funeral of child (open casket) in a church.

The formalistic basis is that the scenes are short, there is not much space for any plot or action development and are always shot with a fixed gaze of the camera lenses in a single shot. Those capsules however form a complex portrayal not solely of Icelanders as humans themselves since Rúnarsson strikes repeatedly a familiar, universal and maybe even (socially) suppressed chord. The Christmas season in the film only sharpens the irony as Echo shares some similarity with Ruben Ostlund's films, most notably Involuntary. Even though Echo is not a social satire by design it could pass as a latent one at several occasions.

The realism does not solely mean the substance of the scenes and the plausibility, the kaleidoscopic portrait has another hybrid quality, the combination of fiction and non-fiction (documentary) scenes. Despite the single shot and very carefully chosen angles, any scene could pass the reality check as an authentic piece. Rúnarsson put in front of the camera nonprofessional and trained actors but it is virtually impossible to tell them apart. One of the crucial features of Rúnarsson's poetics is how he effortlessly weaves together gentle and vigorous, fragile and raw, as dichotomic categories unperturbed. Sparrows combined sacral and carnal and gravitated even towards almost transgressive in edgier scenes yet Rúnnarsson donned velvet gloves thus eschewing any shockfest or sensationalism. In Echo, the Icelandic writer-director does not aim to shock (neither does he want to in his previous ventures) though he wears an extra pair of velvet gloves.

He inserts the child-in-a-casket scene into the cinematic collage so nonchalantly and, for the lack of a better word, tastefully, that instead of distressing the scene passes as just another fact of life (not solely in Iceland). Some scenes appear as a strange choice for a Christmas movie however the approach is apparently the director's motive of exploring the less stereotypical (conventional) situation and moments of the holiday season. Echo´s strength is going against the well-established and socially normalized imagery while inspecting seemingly unrelated moments around Christmas that offer more complicated yet fuller and more candid social portrait.

The hypnotic lensing by Sophia Olsson (the DoP on Rúnarrson´s previous projects) plays even stranger illusion in exterior snow-filled shots. At some moments, the whiteness glaring from the snow and falling on faces making them appear paler and the composition of the frame appear as out the playbook of Swedish maestro Roy Andersson. 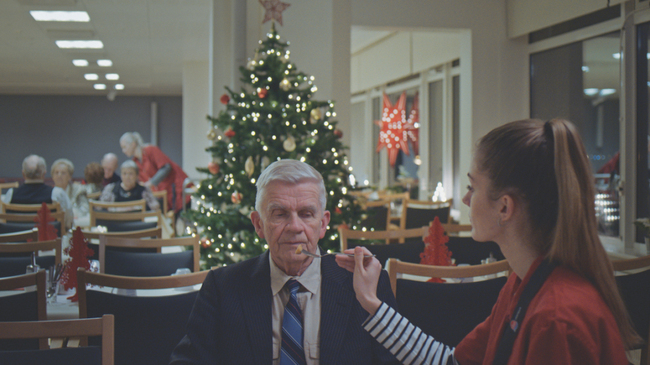 The fragmented portrayal Echo resembles Glawogger´s travelogues (most notably his latest unfinished project Untitled) regarding fearlessness to dive into mundane and even darker situations in life. Unlike Glawogger´s exploratory style, Rúnarsson delivers a poetical depiction of Icelandic folk within the grip of realism that does not mock the protagonist, the Icelanders, even when the director dips into controversial situations (police apprehending asylum seekers hidden in church, a stone cold and stoic face of emergency call center operator when child calls in during parents´ violent fight). Rúnarsson´s brand of poetical realism remains equally thought-provoking as in his previous ventures.

Do you feel this content is inappropriate or infringes upon your rights? Click here to report it, or see our DMCA policy.
Locarno 2019Rúnar RúnarssonSigurmar AlbertssonBent Kingo AndersenSif ArnarsdóttirAri ArnarsonDrama