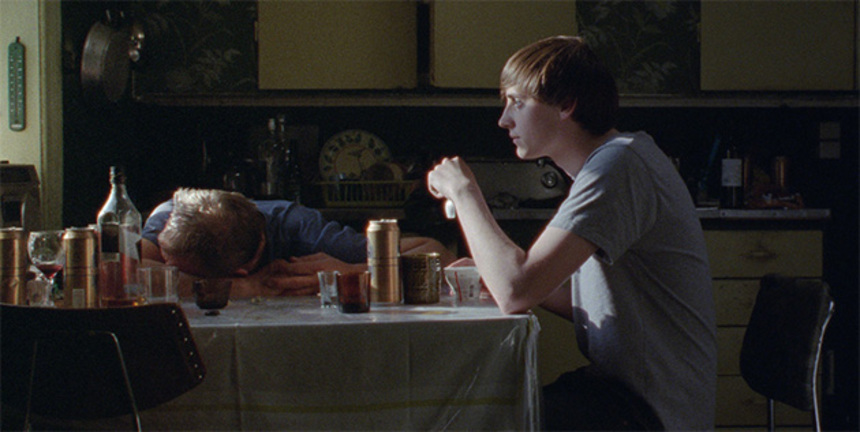 Coming-of-age movies, like most easy-to-pigeonhole narrative genres, are tough things to get right. The structure is fraught with danger in the form of maudlin stereotypes that make the whole thing feel trite - the child-into-a-man tale that may be ancient but not necessarily engaging. When done right, of course, these very aspects of core storytelling provide an even richer catharsis, drilling into universal truths that allow for even a highly localized tail to ring with veracity with audiences on a global scale.

Of late we've seen a couple gems in this area - Canada's Sleeping Giant proved as refreshing and original as any film this year, going on after Cannes to win a major award at Toronto. We can namecheck classics, but for every Stand By Me there are dozens of young adult adventures as preposterous as they are plenty.

Sparrows , then, isn't just a terrific coming-of-age tale, it's one that feels even more impressive given the baggage that its narrative must overcome. Riding a wave of exceptional cinema coming from tiny Iceland, Rúnar Rúnarsson's film feels as fresh and exotic as its rural setting, while being as universal and provocative as any exemplar of world class cinema.

For the first few acts Ari's story seems straightforward - a sulky teen leaves his comfort zone in the big city to live with his estranged father, only to find difficulty adjusting to the new pace of life. Reconnecting with his drunken father proves a challenge, as does the fact that his childhood friend is dating a big lug of a BMX-riding boy.

It's all kids stuff, and perfectly fine. The early parts of the film are made interesting by the setting, with playful water fights in the local fish factory, or a casual glance at a urinal that's one of the film's more subtle amusements. It's all fine, but not extraordinary.

Then we hit the third act, and suddenly the film is elevated into compelling territory indeed. It's hard to underestimate how seldom the third act of an independent film is the best part, as often these works start strong with a decent idea and then fizzle, while blockbusters tend to be all buildup to a grand explosion. This film takes the latter mentality and executes it with the grace and precision of an art film, a gorgeously realized series of moments both harrowing and unforgettable.

I'm reticent to provide too much detail, given that a huge part of the film's success rests on this development (and, to be clear, this isn't some hoary twist in the Shyamalan vein). What we get, at its fundamental level, is a sudden shock of adolescent metamorphosis. Through a series of interconnected violations we witness both horror and grace, recklessness and responsibility, raising fundamental questions about all these elements.

Rúnarsson's script deftly uses these elements in ways that are provocative, certainly, but well in keeping with the mores of the film. Criticism may be labeled about the drawing of certain secondary characters, but the story is so clearly focused on the lead Ari that it's as if we're being granted a point of view capture of his emotional states.

Atli Oskar Fjalarsson plays Ari, the lead, and he's a revelation. Using micro expressions and subtle use of physical action he reminds of another Nordic giant Mads Mikkelsen. The film's effect requires Fjalarsson to evoke to audiences all the turmoil, often without saying a word, and without his excellence the film would frankly be a disaster. Supporting characters are also strong, but it's Fjalarsson's take that most assuredly feels like a discovery of a rising, remarkable talent.

The same could be said of Rúnarsson - following up on a number of shorts (including one that comprises much of this film's finale) the writer/director manages to elicit performances from a wide variety of actors to create a decidedly cohesive whole. Small visual flourishes, such as a plane flying dwarfed by a mountain, appearing as another sea bird riding the thermals, are peppered throughout a work that otherwise appears almost documentary like. Yet when the film turns intimate we get exquisite close-ups tenderly realized. Mirrors and doorways play a major role as well, emphasizing the act of looking at something distant and removed yet familiar.

The final act's narrative echoes are perhaps the most sophisticated (and for some controversial) aspects of the work. Even the very final moment echoes the two more overt altercations, resulting in a closing frame both shattering and truthful, the newly minted adult seeking the comforts of childhood once again. It's brave and bold stuff, and the audience responsed to the closing credits with a roar of applause.

Finally, it should be noted that many of the other key creative personnel, from Producer Mikkel Jersin to the deft cinematographer Sophia Olssson, form a core Danish component to the film's success. It's no surprise for any cinephile that Copenhagen has been generating some of the most exhilarating films of the last several decades, yet what we're seeing now is a wave of production, technical and creative expertise looking afar for many of their most interesting projects. These well honed talents are now assisting storytellers from countries as disparate as Iceland and Mexico, finding a wonderful new synergy as a result.

Rúnarsson himself was educated in Denmark and spent many years there, so the influence to this project is even more organic. Yet all this doesn't result in the local voice somehow trampling the spirt of this tale set in the former Danish protectorate. We see quite frankly the best of both words - technical excellence, powerful storytelling, with each component contributing to a greater whole without losing track of the specificity (and thus universality) of the saga.

Sparrows proves to be one of those handful of real discoveries that one makes during the year that reminds of the power of cinema. It's rich in meaning and powerful in emotion, the spirit of an art film with the provocation of a horror movie. At its core it's a deeply philosophical rumination of the chasms between numerous dichotomies - town and country, youth and adulthood, love and lust, peace and turmoil. Finding an accommodation for these divides is perhaps no surprise given that its set in a country born of continents slowly being forced apart. Under the pacific façade there's rage boiling, yet equally there are moments where the right thing to do is done out of genuine tenderness.

Sparrows soars, with Rúnarsson's breathtaking debut that's the equal of almost any great film this year. With intoxicating visuals and unforgettable performances, this is an absolute top notch work.

Do you feel this content is inappropriate or infringes upon your rights? Click here to report it, or see our DMCA policy.
Rúnar RúnarssonReykjavik international film festivalsparrows