Museum of Moving Image (MoMI) hosts the 11th edition of Panorama Europe, showcasing the current crop of the best European films, including both narrative and documentary works. The series presents a portrait of contemporary Europe during a period of tremendous flux. Also, though some of the films are by established directors many are by first-time and emerging artists, and nine of the 17 films presented here are directed by women.

This year's lineup includes Mademoiselle Paradis, involving a blind pianist protege and Dr. Mesmer; Fugue, a new film by Agnieszka Smoczyńska (The Lure); and Several Conversations about a Very Tall Girl, an intimate Romanian lesbian romance in the age of social media.

Panorama Europe runs from today, May 3, through May 19.

A Festival Pass (good for all MoMI screenings) is available for $50. All films will be shown in their original languages with English subtitles.

Here are four outstanding films I had a chance to see:

Therese, a young woman who became blind at young age, is administered under the care of Dr. Franz Mesmer (Devid Striesow), a controversial figure, whose idea of animal magnetism -- namely, that there is natural energy transference among all living creatures -- has been met with skepticism in Viennese social circles. But thanks to his unusual method, Therese slowly regains her sight, albeit fragile and weak still. All the new stimuli interferes with her piano-playing and her parents, who are more worried about losing her disability pensions bestowed by the queen, scold her that she is better off being blind.

Young and naive, Therese needs not only to contend with her newfound sense but also social, sexual and class dynamics. Also, she is pushed to question her purpose in life for the first time. Albert expertly demonstrates the disparity in treatment and struggles of those who were disabled in the 18th century. 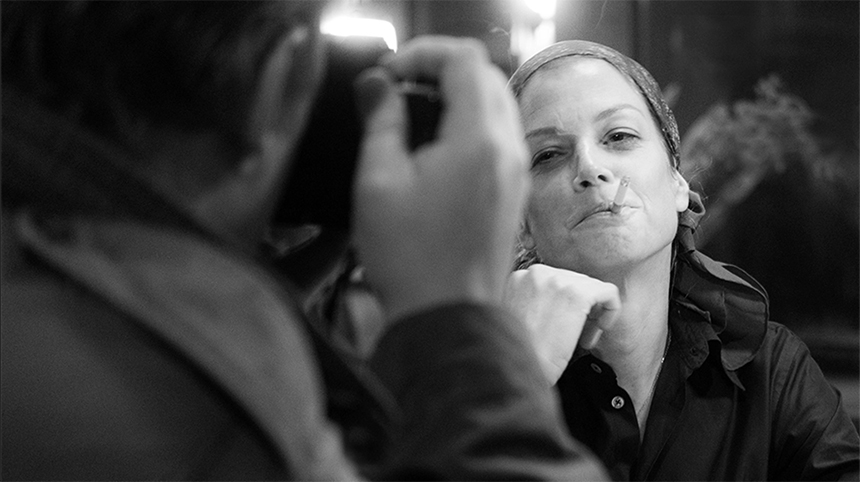 Romy Schneider, a luminous movie star of the 60s and 70s, died at age 43. In her private life, unlike her coquettish on-screen persona, she struggled with fraught relationships, family tragedies, alcoholism and being hounded by tabloids. Filmmaker Emily Atef and actress Marie Bäumer tackle the brief days of her life a year before her death, when she was being treated at a spa in Brittany. Based on an interview and a photoshoot she gave to a German magazine crew in Quiberon, Atef builds an intimate, humanistic and respectful portrayal of a tortured artist.

Bäumer's uncanny resemblance to the late actress only enhances her soulful performance. Her Frau Schneider is a guilt-stricken workaholic mom, fragile lover, victim of her own fame, and soul broken by tragedies, who yearned to be left alone. The film also stars Charly Hübner as the photographer/former lover, Robert Gwisdek as a sharky reporter, Briggitt Minichmayr (Everything Else) as Schneider's best friend; Denis Lavant shows up as a superfan who ends up drinking and playing accordion together with her. 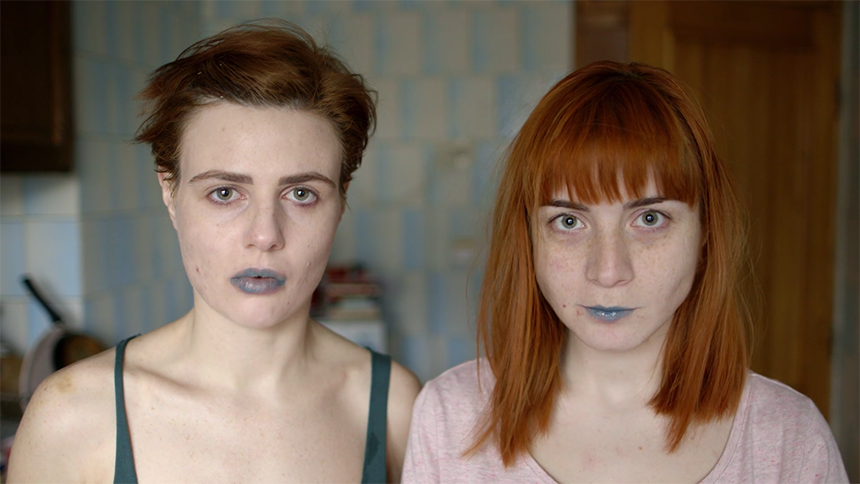 Bogdan Theodor Olteanu's simple lesbian romance in the social media age hits all the right notes. Mainly dependent on two leading actresses, Silvana Mihai and Florentina Nastase, Olteanu sketches out the beginning and end of a new, short relationship as intimate and real as possible. Two nameless women -- Mihai as an older, urbane film student who is the more experienced of the two, and Nastase as a fresh faced web content writer from the countryside -- bond over Facetime with their former shared fling, a very tall girl. They meet irl and start seeing each other. In the beginning, it's tender and sweet. But soon the shy, passive younger woman, after aggressive advances from the older one, withdraws into herself, telling the other to be patient. Their budding relationship seems all too real and spontaneous.

The film student's video documents of her friends, a lesbian couple seen in the above picture, gives the performance aspect of human relations, as a film within a film. But unlike other meta-themed movies, that aspect of the film doesn't overshadow the relationship of its characters, which feels genuine and real.

Olteanu and co.'s portrayal of a homosexual relationship is an astute reflection of a country still very much steeped in modern-age traditions, as well as a tender, intimate take on a slice of life.

Falling somewhere between the work of Chris Marker and Ben Russell, Portuguese director Salomé Lamas' 'parafiction' Extinction charts the complicated history of Transnistria, which fell victim to becoming an unrecognized state after the dissolution of USSR. With a young man named Kolya, the unseen crew travels travels through borders, accompanied by monologues and unseen conversations at various checkpoints that give some background about the ominous influences Russia holds in the region.

Shot in grainy black and white with old Russian architecture featured, Extinction gives that distinctive cold war era dystopian sci-fi vibe, even though it concerns the present and real-life situation. Lamas examines the concept of borders in people who belongs to a country that is semi-permanently in limbo. But instead of being didactic, she raises more questions and asks the audience's active participation in answering those questions.

Do you feel this content is inappropriate or infringes upon your rights? Click here to report it, or see our DMCA policy.
Barbara AlbertBogdan Theodor OlteanuEmily AtefPanorama Europe 2019Salome Lamas