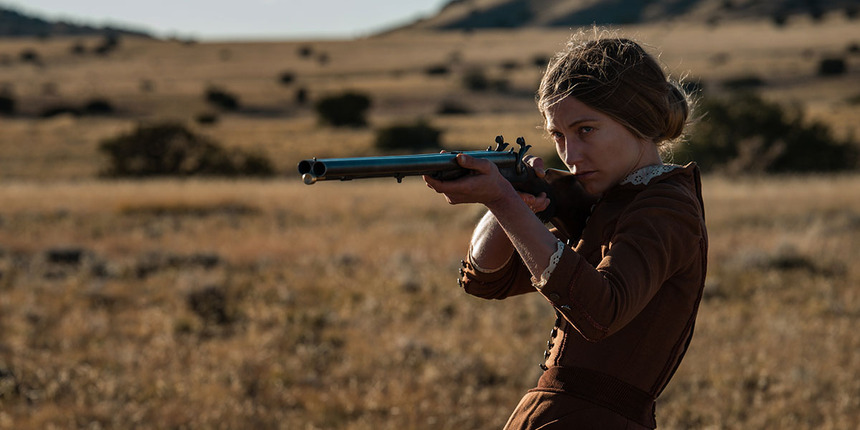 IFC has released a theatrical trailer for Emma Tami's haunting film The Wind before it sees a day and date release in theatres and On Demand April 5, 2019.

The Wind explores an unseen evil as it haunts the homestead in this chilling, folkloric tale of madness, paranoia, and otherworldly terror.

"Lizzy (Caitlin Gerard) is a tough, resourceful frontierswoman settling a remote stretch of land on the 19th-century American frontier. Isolated from civilization in a desolate wilderness where the wind never stops howling, she begins to sense a sinister presence that seems to be borne of the land itself, an overwhelming dread that her husband (Ashley Zukerman) dismisses as superstition. When a newlywed couple arrives on a nearby homestead, their presence amplifies Lizzy’s fears, setting into motion a shocking chain of events.

Our own Shelagh Rowan-Legg saw the film at the Toronto International Film Festival last fall and filed a review. (Read it here.) Check out the trailer below: