Rotterdam 2019 Review: NONA. IF THEY SOAK ME, I'LL BURN THEM, An Intriguing Mocku-Biopic 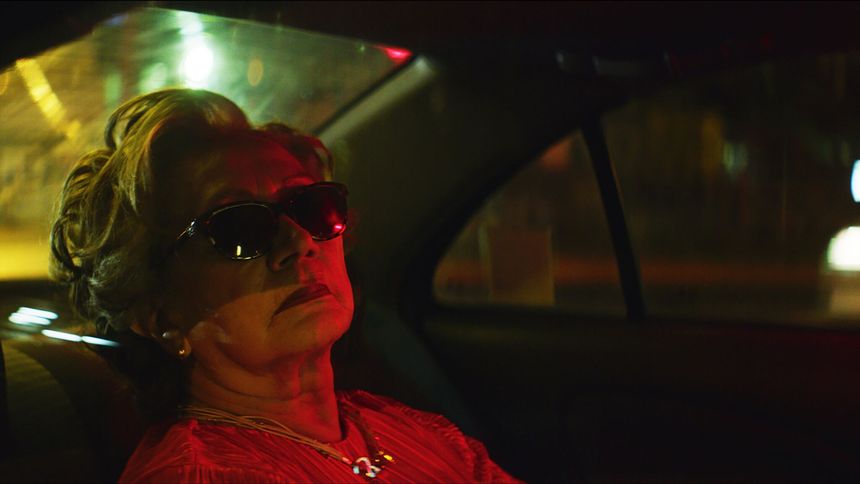 Rotterdam's main competition inaugurated the latest feature by rising Chilean filmmaker Camila José Donoso onto the international festival circuit. Unlike others in the competition, Donoso is by no means a debuting director, since her new film Nona. If They Soak Me, I'll Burn Them is her third feature-length project to date.

Her debut Naomi Campbel was co-directed with Chilean cinematographer, director and editor Nicolás Videla; it followed a tarot-reading transsexual looking for a sex reassignment, who meets an immigrant on a plastic surgery TV show who wants to look like Naomi Campbell. Her sophomore feature Casa Roshell takes places inside a namesake club in Mexico, "a hideout for those men that live repressed in their desires of feminization and transvestitism".

Nona. If They Soak Me, I'll Burn Them diverges from Donoso's established course of LGBT-themed projects and veers into more personal territory of the Chilean writer-director. The film is based on a real-life person, Josefina Ramírez.

Ramírez is Donoso's eccentric grandmother, who lived through Pinochet´s dictatorship and who is not only the inspiration for the film but also its leading actress and the central subject as well. The project started on no budget and no script, while the shooting unfolded mostly in Ramírez's actual home. The director reiterated that the film is by no means a documentary but a fiction containing certain real-life elements.

The film opens with Nona (Ramírez) in a mock-like tutorial to making a Molotov cocktail. After the introduction of the colorful protagonist, Nona, a vital sexagenarian, takes refuge in her summer house in a coastal town of Pichilemu after she took vengeance on the home of her ex-lover. Curiously enough, a series of strange forest fires starts driving the inhabitants of the sleepy town from their homes, Nona's dwelling standing tall and untouched among smoking, charred ruins. 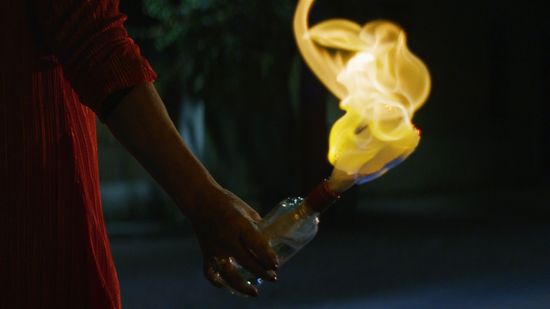 Rotterdam and Locarno have proven to be vocal supporters of docu-fiction hybrids that have risen in numbers in recent years. Both festivals presented a variety of iterations that such a formalistic and experimental approach can spawn. Donoso's third feature belongs to the breed of hybrid cinema. The writer-director appropriates strategies of documentary filmmaking and reality aesthetics for the fictional portrait.

The multifarious image of Nona. If They Soak Me I'll Burn Them grows more fluid, blending first person testimony (the talking head method) and close observation in a seemingly authentic situation in terms of narration. The mercurial nature and hybridity is projected into the image itself, as the film is an assemblage of clear digital footage, grainy home video passages and low-res fragments.

Within the framework of formalistic experiments in docu-fiction, Donoso carves a new path for herself, fully embracing the mockumentary form, fortifying the sense of authenticity in a predominantly fictional narration. The patchwork of different video formats mirrors the different faces of the protagonist foreshadowed by the opening scene. Nona has a far more rebellious and fiery personality bound to break several stereotypes along the way, not only in terms of a constructed protagonist, but her demography as well.

As the protagonist remains the centerpiece of the film, Nona. If They Soak Me, I'll Burn Them is principally character-driven, rather than plot-driven. Donoso curtails the plot to a necessary minimum, in favor of the process of character layering. In the words of an old saying, Nona is not whom she seems to be. A new layer emerges as the fictionalizing portrait depicts the protagonist from different angles, gradually revealing the plot device of an unreliable narrator and the process of (further) mystification, the different types and formats of image corresponding to the multifaceted and idiosyncratic protagonist. 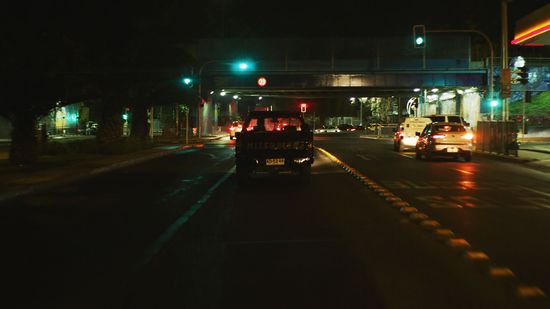 Camila José Donoso's third feature fits into the larger canvas of contemporary world cinema. And not solely in a single space. Nona represents another facet regarding reality aesthetics, a docu-fiction hybrid built around a real life character by a process of fictionalizing, while incorporating mystification as another narrative device. This year's edition of the International Film Festival Rotterdam concentrated on a topic of image and its position in the era of so-called post-truth and especially with regard to the reality aesthetics.

New audiovisual hybrids seem to be on the rise, judging by the strong representation in the festival's programme, an oeuvre created exclusively out of found footage material, such as this year's Tiger winner Present.Perfect (read the review), a practice partially emulated by Donoso. More alarming was a cluster of films explicitly pointing towards the falsehood of an image, when reproducing reality that is no more objective.

Nona's perplexing format arises from a tension between fiction and reality, when crystal-clear digital images of the protagonist seems to suggest the scenes are a product of staging, whereas the home video segments emanate actual authenticity as a visual counterpoint. As it turns out, the latter is a false assumption, as the director reiterated the whole feature is a fiction film.

Furthermore, the mocku-biopic has yet another layer attached, more to Nona's real life inspiration harboring political undercurrents in idiosyncratic socio-political allegory to Pinochet's regime and the lives of people who survived it, such as Donoso's eccentric grandmother.

The relevancy of Nona. If They Soak Me, I'll Burn Them cannot be disputed since the writer-director thematizes highly topical issues and topics in terms of formalistic and storytelling experimentation, as well as the image itself entering even more philosophical territory (simulacrums among others) and the prevailing style of reality aesthetics that is spreading in large scale and assuming a dominant position, even outside docu-fiction experiments.