Now on Home Video: MEMOIR OF WAR and THE CAPTAIN Capture True Horrors 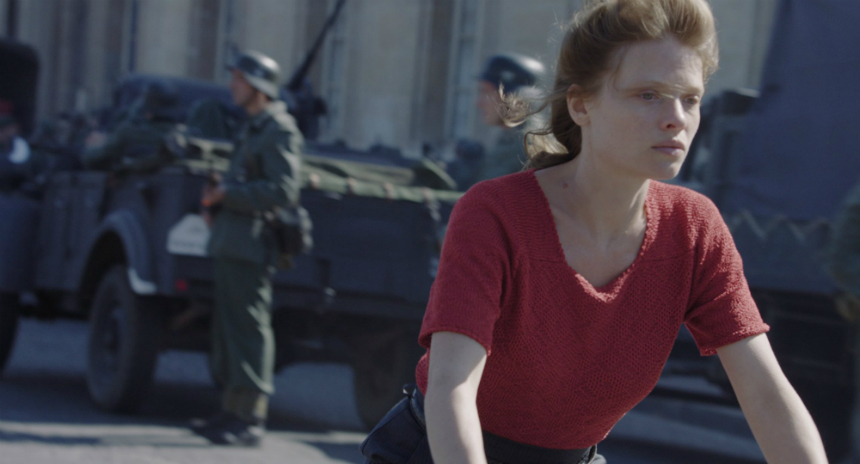 More than seven decades after the official conclusion of World War II, filmmakers are still digesting the experience. In Memoir of War and The Captain, both recently released on home video by Music Box Films, we see radically different visions of true events that took place (roughly) in the same vicinity of time.

Revolving around a sterling performance by Melanie Thierry, Memoir of War grapples with a writer's guilt and grief. Thierry portrays Marguerite Duras, who grew up in Indochina before moving to France and eventually marrying Robert Antelme, a writer. They both became involved in the French Resistance during the war, and Antelme was sentenced to a concentration camp in 1944, leaving Duras behind to worry and wonder and wallow (justifiably) in complex emotions that stirred great anxiety in her soul.

In his review, our own Dustin Chang wrote: "Thierry is a revelation as Marguerite, a learned, intellectual woman who slowly gets broken emotionally. She proves that she is much more than just a pretty face. The film signals the arrival of another major French star actress. Memoir of War is a great film."

Mr. Chang also sat down with director Emmanuel Finkiel for a lovely interview, in which Mr. Finkiel shared his personal history, explains why Duras' book resonated for him, and more. (I enjoyed reading the interview much more after watching the film.)

On DVD, Memoir of War looks and sounds very good. The colors are restrained, which fits the gloomy mood, but Finkiel's compositions are exquisitely presented. The bonus features include a featurette "From Melanie to Marguerite," a conversation with the film's technicians "On Image and Sound," costume and screen tests, and deleted scenes.

Recommended. It's not an easy film to watch, but Thierry's performance is well-worth seeing, while the questions about her real-life character remain piercing. 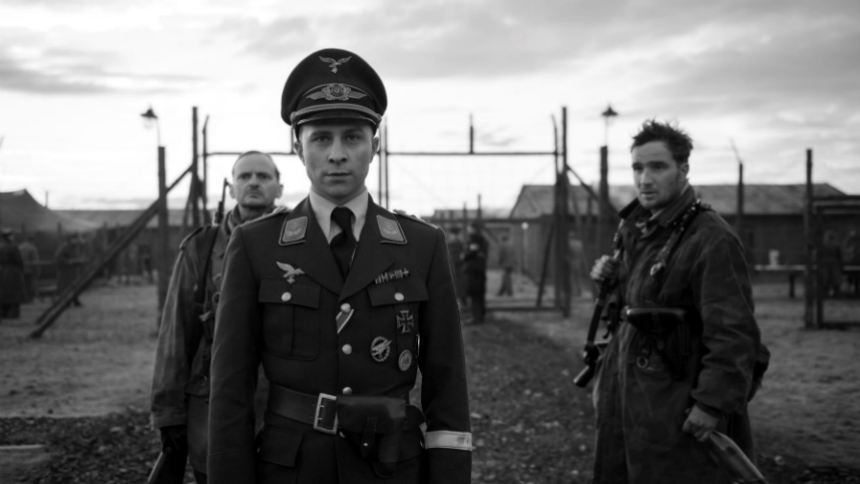 While the grief and guilt on abundant display in Memoir of War made it a difficult watch for me, the rampant evil that floods out of every pore of the lead character in The Captain made it a truly repulsive experience to suffer through, perhaps compounded by the knowledge that it, too, is based on a true story.

Set in Germany during the waning days of World War II, in which it appears that the civilians realize the oncoming defeat that the generals refuse to admit, The Captain follows Willi Herold (Max Hubacher), a deserting soldier in flight. Narrowly avoiding death, and delirious at finding himself alive, he stumbles upon an army captain's dead body, tries on his uniform, and barely has his arms through the sleeves when another deserter arrives and salutes him.

Instantly transformed by the thought of finally having authority, Willi quickly adapts the persona of a hard-nosed military man and begins issuing orders. He takes advantage of the situation and is soon treated like royalty in the wrecked fields, towns, and prison camps of a country ruined by its own allegiance to a madman.

Directed by Robert Schwentke and shot in striking black and white, The Captain is a disgusting, infuriating series of episodes that add up to a portrait of a common man without any control over his own life whose true self is revealed when he tastes the corrupting wine of power. He goes more than a little mad, though it's probably the ease with which he begins committing atrocities of war that is the most disturbing aspect.

Schwentke began his feature career in his native Germany with the brutal serial-killer thriller Tattoo, which impressed me greatly back in 2002. He followed that with the black comedy The Family Jewels, which I still haven't seen, and then 'went Hollywood' with the Jodie Foster-starring thriller Flightplan (2005), which definitely showed more promise.

Since then, he's been all over the map, helming the decent romantic drama The Time Traveler's Wife (2009), the enjoyable action-comedy RED (2010), the disastrous action-comedy RIPD (2013), and the fairly decent YA adventures Insurgent and Allegiant.

Representing his return as a writer, The Captain includes some moments that could be considered blackly comic, and others that represent episodes of a thriller. Because of my mixed reaction to the film -- loved some parts, hated others -- I'm looking forward to revisiting it and also watching the bonus features on the Blu-ray from Music Box Films.

Those features include an audio commentary by Schwentke, the director's Q&A session at the film's premiered in Chicago, behind the scenes featurettes, interviews with the cast and crew, a storyboard-to-film comparison, and deleted scenes. Again, this was not an easy watch, but I appreciate any film that sparks such a strong personal reaction, good or bad!

Do you feel this content is inappropriate or infringes upon your rights? Click here to report it, or see our DMCA policy.
Emmanuel FinkielMax HubacherMelanie ThierryMusic Box FilmsRobert Schwentke