Review: AQUAMAN, Throwing Caution to the Sea, and Back Again 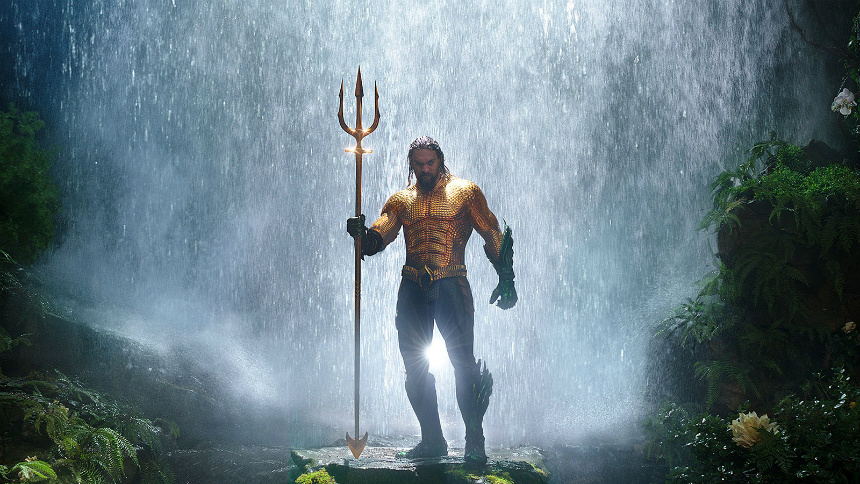 Ridiculously entertaining, filled with riotous color and dazzling action sequences, Aquaman floats like the most beautiful butterfly under the sea.

Embracing a comic book aesthetic to the nth degree, James Wan also brings his past experience as a filmmaker to the fore. As in Death Sentence (2007) and Furious 7 (2015), especially, what matters here is not the plot, per se, but the atmosphere in which the story unfolds.

In this case, it's largely a florid hothouse atmosphere, a fantastical undersea environment, so all-encompassing in its visual glory that it's amazing to behold. Filled with every imaginable sea creature, it's like watching the biggest, most spectacular aquarium in the world, only better.

In contrast, the above-ground surface world might look entirely ordinary, except that director of photography Don Burgess, who also worked with Wan on The Conjuring 2, captures the light with extraordinary artistry, wherever the action takes the story.

Credited to David Leslie Johnson-McGoldrick (The Conjuring 2) and former homicide detective Will Beall (Gangster Squad), from a story by Beall, Wan and Geoff Johns, the screenplay is filled with (intentionally) ripe dialogue, somewhat reminiscent of 1950's sci-fi movies -- which is a good thing in my book, since I love that sub-genre. 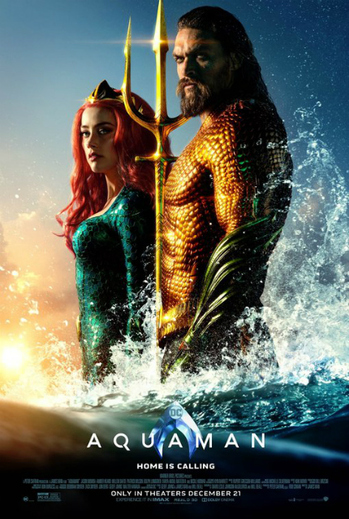 With the likes of Willem Dafoe and Nicole Kidman on hand to deliver the dialogue with the utmost sincerity and gusto, that grounds the fantasy in its own version of reality. Of course we can't take the movie too "seriously," but the movie doesn't take itself too seriously, either! Winks and nods to the audience are omnipresent, but such self-aware references are modest, occasional acknowledgements, along the lines of: 'Yes, this is a very high-budget B-movie, we know, but isn't it gloriously fun that we can spend that kind of money strictly for the entertainment of the audience?'

The bottom line is that James Wan and his filmmaking team clearly wanted to delight and enthrall moviegoers worldwide. On that score, Aquaman is a resounding success.

Early on, two opposing undersea factions meet on the field of battle. I was having trouble clicking on the movie's wavelength, and then I realized I was trying too hard: everyone was mounted, either on giant sea horses or giant sharks! Who really cares about anything else when you can enjoy watching giant sea creatures engaged in an epic battle under the sea?

On the purely evil side of things, Yahya Abdul-Mateen II portrays a human mercenary pirate who is angry all the time because human villains are angry all the time. Or maybe he doesn't really like being known as Manta? Ludi Lin also appears as Captain Murk; again, maybe his character really doesn't like his name?

Really, Aquaman is a good old time that kept my eyes glued to the screen throughout. (It's an immersion in IMAX that may be worth the extra expense.) It's a fish story, but so much more.

The film has already opened in China and opens this week in the U.K., Brazil and Russia. It will open in the U.S. and Canada on Friday, December 21.

Do you feel this content is inappropriate or infringes upon your rights? Click here to report it, or see our DMCA policy.
Amber HeardDC FilmsJames WanJason MomoaNicole KidmanPatrick WilsonWillem Dafoe