The Carlotta Trilogy: Watch THE CONSEQUENCE Before THE CONGREGATION Debuts

Nowadays the entertainment world is awash in sequels, prequels, reboots, and franchises in general. So what makes the so-called "Carlotta Trilogy" any different?

First, the short film series by Finnish filmmaker CHRZU (Nightsatan and the Loops of Doom) stars his drag queen alter ego Carlotta; I may have missed something, but I don't think Disney, Fox, Marvel or DC have done that yet. Second, these are films that make the most of their (admittedly limited) financial resources. They are hand-crafted and carefully orchestrated, even though the on-screen results are wild, colorful and completely uninhibited.

If you have already seen the first installment, The Contract, featured in its entirety here in the past, then you have some idea of what to expect. Now we are pleased to present the internet premiere of The Consequence, the second installment in the series, for your viewing pleasure.

The filmmaker notes: "The Consequence is a post truth era shockumentary about Carlotta's life after the success of her silver screen debut The Contract. It's all filthy lies of course, but in reality Carlotta managed to win the Best Performance Sickie Award at the Sick 'n' Wrong Film Festival in Orlando, FL last year for her performance in The Contract."

This comes as the final installment, The Congregation, readies for its world premiere at Night Visions Maximum Halloween in Helsinki later this week.

Watch The Consequence below. We look forward to hearing more about The Congregation as it tours the festival circuit; we have a teaser for that below. As if that weren't enough, we've also included the first film, The Contract, in its entirety below. It's 'celebrate Carlotta' day!

The Consequence from Twisted Films on Vimeo.

The Congregation teaser from Twisted Films on Vimeo.

The Contract from Twisted Films on Vimeo. 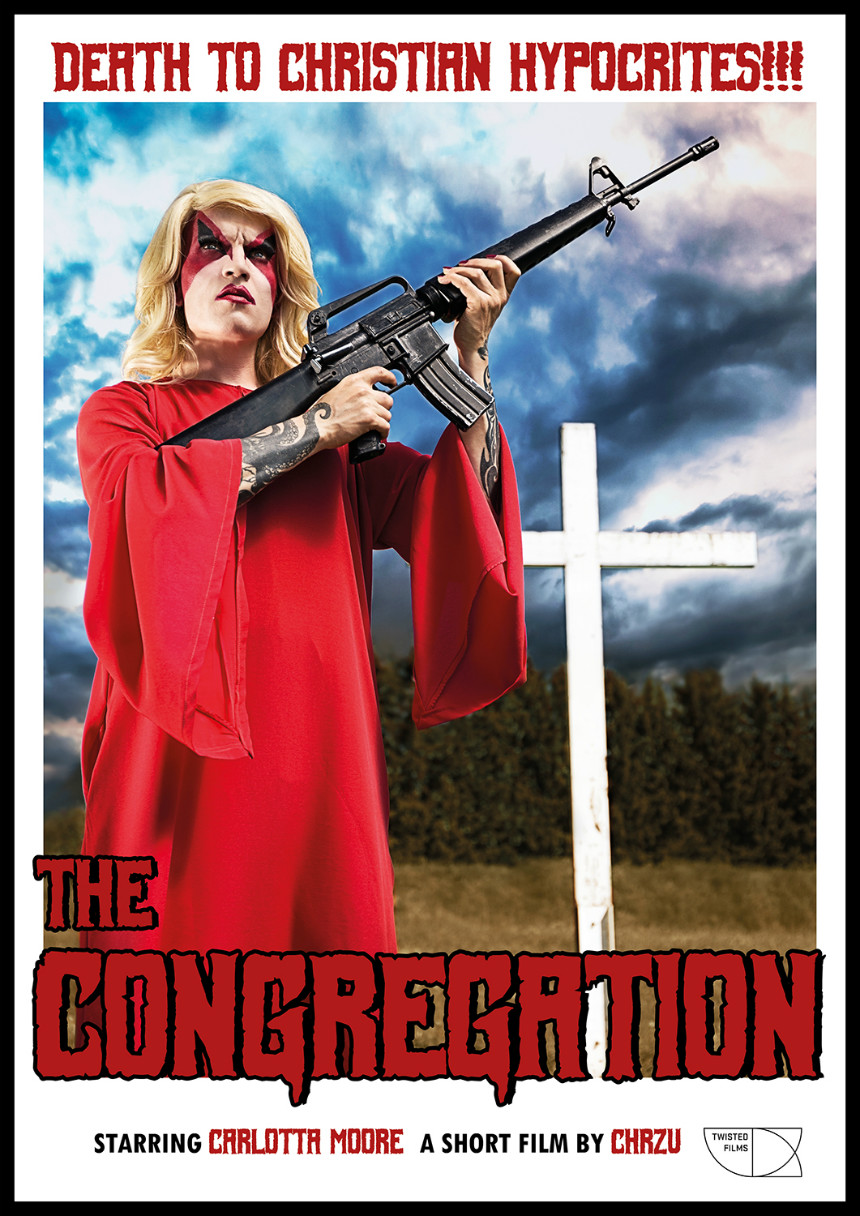