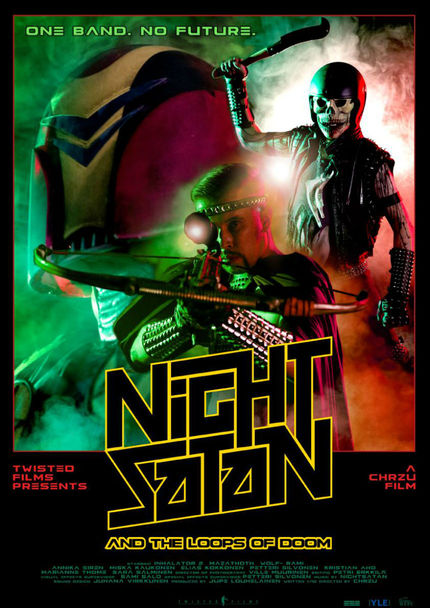 We've been following the post-apocalyptic action adventure short Nightsatan and the Loops of Doom for some time because it's just a lot of fun. And now you can watch the complete short film, before it becomes a feature.

Nightsatan and the Loops of Doom is a post-apocalyptic science fiction thriller emerging from the wicked brain of visionary writer/ director CHRZU.

Set in the Finnish province of Karelia in the year 2034, the amazing action adventure features cannibalism, graphic violence, stunning visual lore and a synth score paying tribute to the classic works of John Carpenter and Goblin.

It is a thoroughly original nod to the Italian genre cinema of the 1980's, with a hint or two of Alejandro Jodorowsky thrown in. Nightsatan and the Loops of Doom was awarded as the Best Short Film at Morbido Festival, Mexico, 2014.

The short was originally released in 2013 and subsequently went on to to travel to more international film festivals than any other genre short from Finland before. In order to celebrate the Austin premiere of the short at the Fantastic Market 2016, and the pitch of the upcoming Nightsatan feature, enjoy it below!