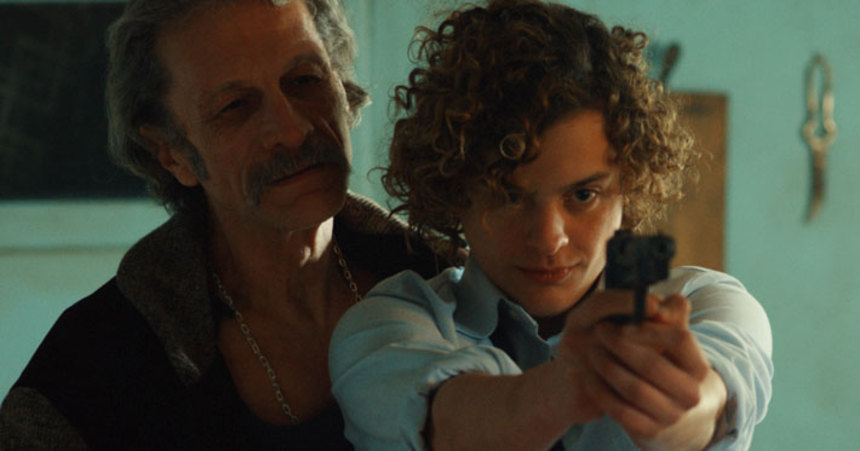 The latest film of Pedro Almodovar's production company El Deseo, El Angel, opens with the image of a young man walking in the streets of Buenos Aires, the capital of Argentina. It's a breezy warm autumn afternoon of the late 60s, and the beautiful young man stops in his casual stroll to jump a fence and break into a fancy house.

Inside, he serves up some scotch, rummagges in drawers in search of money or other things to take, all of this while we hear a monologue, the young man explaining that he's a natural-born thief. At one moment, he stops and puts on a record in a vinyl record player, a popular song starts to play and actor Lorenzo Ferro, playing the most famous criminal in the recent history of Argentina, starts to frantically dance to the rhythm of "El extraño del pelo largo" (The Long-haired Stranger).

The opening of the film, with the extremely catchy song and Ferro's precise and appealing dance moves, is blatant in its attempt to seduce the viewer immediately and make an easy entrance into the life of Carlos (based on real-life criminal Robledo Puch). We first see him steal a motorbike, cars, lie to his patient mother and father, but this is, above all, a story of the inescapable escalation of crime that is inherent in someone that seems so dettatched from their own feelings and the real consequences that his actions have. It's not long into the film that we see him commit his first murder, shooting an old man that catches him and his partner (played by Chino Darín, son of the famous Argentinian actor Ricardo Darín) as they try to steal artwork from his supposedly empty house.

The film quickly becomes a series of crimes and attempts at them, repeating places and types of crimes, but the director Luis Ortega is smart enough to know where to put the focus from time to time, and that is in Lorenzo Ferro, who makes one of the most impressive acting debuts of 2018. It's in the psyche of Carlos that the film becomes alive, when we get inside his mind and see his reasoning, his thirst and his sexuality, which is always ambiguous and just another element that makes up for a character that becomes fascinating to the viewer, even if he ends up killing, torturing and stealing.

With a precise art direction and a wonderful cast accompanying Ferro's performance, El Angel stalls as it approaches its 90-minute mark, when it tries to divorce from the most interesting elements of Lorenzo Ferro's performance, particularly the emotions that he holds for his partner in crime. At almost two hours long it eventually becomes reiterative, but the final minutes soar as we ultimately see his fragility and weak spots, as the chaos and reality start to crumble around him. A devastating finale that links itself to the opening of the film: a man, alone, dancing, ignorant of what's ahead of him.

Do you feel this content is inappropriate or infringes upon your rights? Click here to report it, or see our DMCA policy.
ArgentinaChino DarínDaniel FanegoLorenzo FerroLuis OrtegaTIFF 2018Toronto 2018