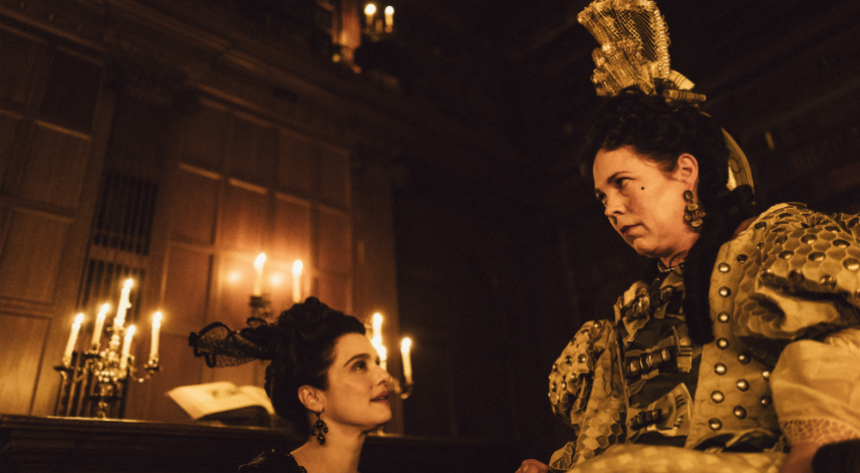 Yorgos Lanthimos, the lauded king of Greek New Wave, seems to be having an indisputable renaissance since he has fallen in with British production company Film4. It may be sad that the director has since struggled to secure financing in his own home nation, but the doors that Film4 has opened for him has certainly caused a renewed ardour in his filmmaking.

Whether it was Lanthimos' exciting first crossover to mainstream audiences with The Lobster, or the director's continued shoring up of his style with Colin Farrel in The Killing of the Sacred Deer, he's definitely been onto something that has seen him producing some of his best work since Dogtooth. And The Favourite is no exception, being just as good as The Lobster, for my money.

The secret to this success seems to be in the narrative vehicles that Lanthimos is choosing. The exoskeletons of his last two features were funnier, more compelling and less abstract than some of his previous work, grounding his brilliantly idiosyncratic style in a way that definitely deserved bigger audiences. So it's interesting that this time the director has opted to helm a script that wasn't written by him (here the kudos goes to Deborah Davis and Tony McNamara) for the first time since 2001.

But thank goodness that Lanthimos did make this step, because The Favourite feels like a real rebirth, without compromising any of the narrative strides he has been making off his own steam. In fact, The Favourite feels gloriously different. From a director who I would have occasionally accused of painting by numbers in the past, this sharp period comedy definitely feels like some of his most cohesive work in years.

As a result, the film's opening actually makes for quite a curious experience. The Favourite opens very much as you might expect a Lanthimos film to do: Returning collaborators Rachel Weisz and Olivia Colman exchange fire with somewhat incongrous statements at each other, and it seems awkward and Absurd (even though Lanthimos vehemently denies that his films are Absurdist in style). It's just also immediately noticeable that Lanthimos is trying something very different this time, and it's quite the pleasant surprise.

Right from the get-go, it's apparent that Sandy Powell's costumes are quite unlike anything Lanthimos has ever worked with before. Weisz and Colman strut about before us in huge, ornate eighteenth-century petticoats. The setting, too, is grand beyond measure, and it soon becomes clear that we're in the court of Queen Anne (Coleman), with the gorgeously sumptuous Hatfield House filling in for Kensington Palace. Some fans might recognise the location from The Crown, only this time you should expect MTV Cribs-style sweeping shots, hasty camera pans down darkly-lit corridors the length of runways, and rooms so big they require fish-eye lenses to do their grandeur justice.

The wit and free-flowing humour of The Favourite soon becomes obvious too, and the feature begins to feel a lot like wholesale change. Drawing the bulk of its satire from the true story of Queen Anne's stormy relationship with Sarah Jennings (Weisz), wife of the infamous military general John Church, First Duke of Marlborough, The Favourite is decidedly British and almost seems to represents an attempt by the director to embrace his new creative home.

Nevertheless, the results are excellent and The Favourite proves to be yet another very positive example in the 75th Venice Biennale Main Competition of a respected director refusing to conform to the expectations we might have of them. That's not to say that Lanthimos isn't exponentially broadening his horizons too, however. The iminent arrival of Emma Stone as Lady Marlborough's fallen cousin Abigail definitely soon turns the screw on this very punchy period comedy, and makes it even that little bit more special.

With a British accent that stands its own, and an appearance not unlike Vermeer's Girl with a Pearl Earring, Stone arrives as a lowly servant with a real burning fire in her belly. Lost by her aristocratic father in a game of cards, and tipped into a pile of shit that the locals leave around "as a political commentary" as soon as she arrives, it's hard not to feel for Abigail. But it soon becomes apparent that her mind is set on one thing, and one thing alone.

From the very first moment of her dramatic, excrement-caked entrance, Abigail quickly sets about trying to restore her crestfallen nobility. First she rises to become Lady Marlborough's maid by providing some much needed remedies to Queen Anne's somewhat grim weeping leg; and next she's immediately scheming to enter the favours of the monarch herself. lt's a trajectory that's rapidly advances when Abigail unearths a lesbian romance between Marlborough and the Queen.

And this holy triumvirate of Stone, Weisz and Colman is definitely unmissable, and places all three actresses on incredibly rich soil. As a brilliantly petulant, enfant terrible, Colman draws on her illustrious comedic talents as Queen Anne, and is not far from the ditsy, woman-baby form that fans will recognise from Green Wing and Peep Show. Meanwhile, Stone is definitely quite the comedic revelation, which her personality certainly radiates constantly in interviews. Plus, Weisz gives one of her most interesting performances in years as a bullish, gender-fluid concubine to the queen.

Together, these actresses stitch up quite a brilliant comedy on the themes of sex and power. But these are not women who can only achieve power through sexuality, this is just one facet of their wanton, liberated actions. In fact, these three are so integral to the whole of The Favourite, that even actors as brilliant as Nicholas Hoult and Mark Gatiss come to seem as little more than male accoutrements to the incredible political power that they wield throughout. And whilst I'm not sure that this film would pass a male equivalent of The Betchdel Test this time (no doubt intentionally), The Favourite is a brilliantly funny and on the nose attempt to tell a fascinating slice of "herstory."

This movie also wonderfully sends up the sheer eccentricity of British aristocracy. Whether it's the vomit-inducing cake scoffing of glutton Queen Anne or the wanton shooting of pheasants during Sarah and Abigail firey duals, this side to The Favourite is a real triumph. And it pairs up with the daring experimentation of Lanthimos' style far better than you would think. It actually turns out that the power slow-mos of his recent films work like a dream in scenes of Whigs and Tories racing ducks against each other like hooligans, and the edgy menace the director puts into all his work plays perfectly with this take on eighteen-century politicking.