GODZILLA: KING OF THE MONSTERS Has A Trailer 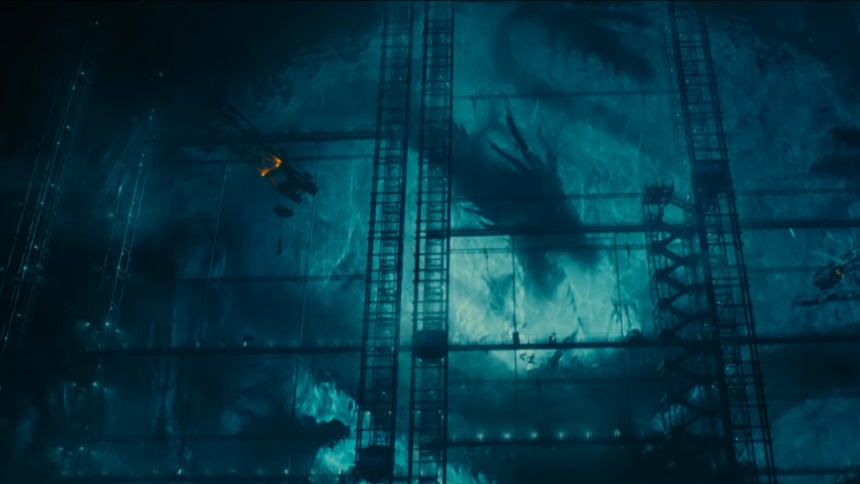 When Gareth Edwards' version of Godzilla premièred in 2014, it was already known that if successful, Warner Brothers and Legendary were going to try and create a 'monsterverse'. Last year, Kong: Skull Island not only embraced those plans, but (in a post-credit scene) even provided a sneak peek at who would be appearing: giant butterfly Mothra, huge flying reptile Rodan, and the three-headed flying dragon King Ghidorah.

Well, Warner Brothers has just released their trailer for Godzilla: King of the Monsters, directed by Michael Dougherty of Krampus fame. It stars Bradley Whitford, Millie Bobby Brown, and familiar faces like Ziyi Zhang, Charles Dance and Ken Watanabe show up as well!

More importantly, it stars Godzilla himself, and indeed the three monsters Kong promised us! Seeing as how those are all airborne, we hope Godzilla can jump up a fair bit...
The full film is expected in 2019, and is planned to be followed up by a Godzilla-fights-Kong sequel a year later. But for now we have this trailer, so go check it out: