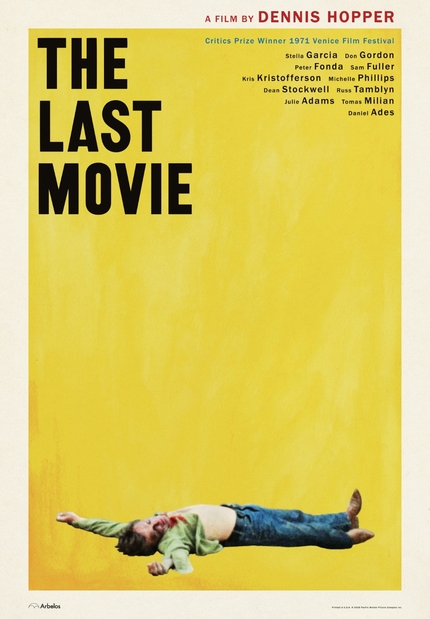 In 1971, Dennis Hopper directed his passion project, The Last Movie, on the back of the massive success of his first feature, Easy Rider. Arbelos, the new film restoration and distribution company started by Dennis Bartok, Ei Toshinari, David Marriott, and Craig Rogers has unveiled the new key art for this, their first official release.

The film, co-written by Stewart Stern (Rebel Without a Cause), won an award at the Venice Film Festival, but was a massive critical and financial failure when it released in the US shortly thereafter. The production of the film and Hopper's descent into drug and alcohol abuse were chronicled in LM Kit Carson's The American Dreamer, and The Last Movie's collapse led to a long period of exile for Hopper, which he didn't really come back from for nearly a decade.

The new artwork was designed by Dylan Haley, who'd previously created striking visuals for Cinelicious Pics' rerelease of Funeral Parade of Roses and Private Property, among many others. The first image focuses on the defeated image of Hopper's character, the stuntman Kansas and is sure to leave an impression. The second features a more triumphant image of Kansas that serves as a potent counterpoint.

Here is a little bit about the restoration from the Arbelos team:

This new digital transfer was scanned at 4K from the 35mm original camera negative by L’Immagine Ritrovata. Other elements were used in a small number of shots where the original negative was not available or lost. Countless instances of dirt, debris, scratches, splices, tears, flicker and warps were digitally restored by Arbelos using Digital Vision’s Phoenix. As much as possible the film’s natural grain has been left untouched. A 35mm print from 2007 -- supervised and approved by director Dennis Hopper and cinematographer László Kovács, was screened and used as reference for the restoration color grade. The original monaural soundtrack was restored and remastered by Audio Mechanics from the original 35mm elements.
Arbelos was founded by the same team that was behind the stellar restorations of The Belladonna of Sadness, Private Property, and Funeral Parade of Roses, so we are excited to see how this latest project turns out. The Last Movie opens on August 3rd at the Metrograph. Check out a high resolution version of the art in the gallery below, as well as the trailer. 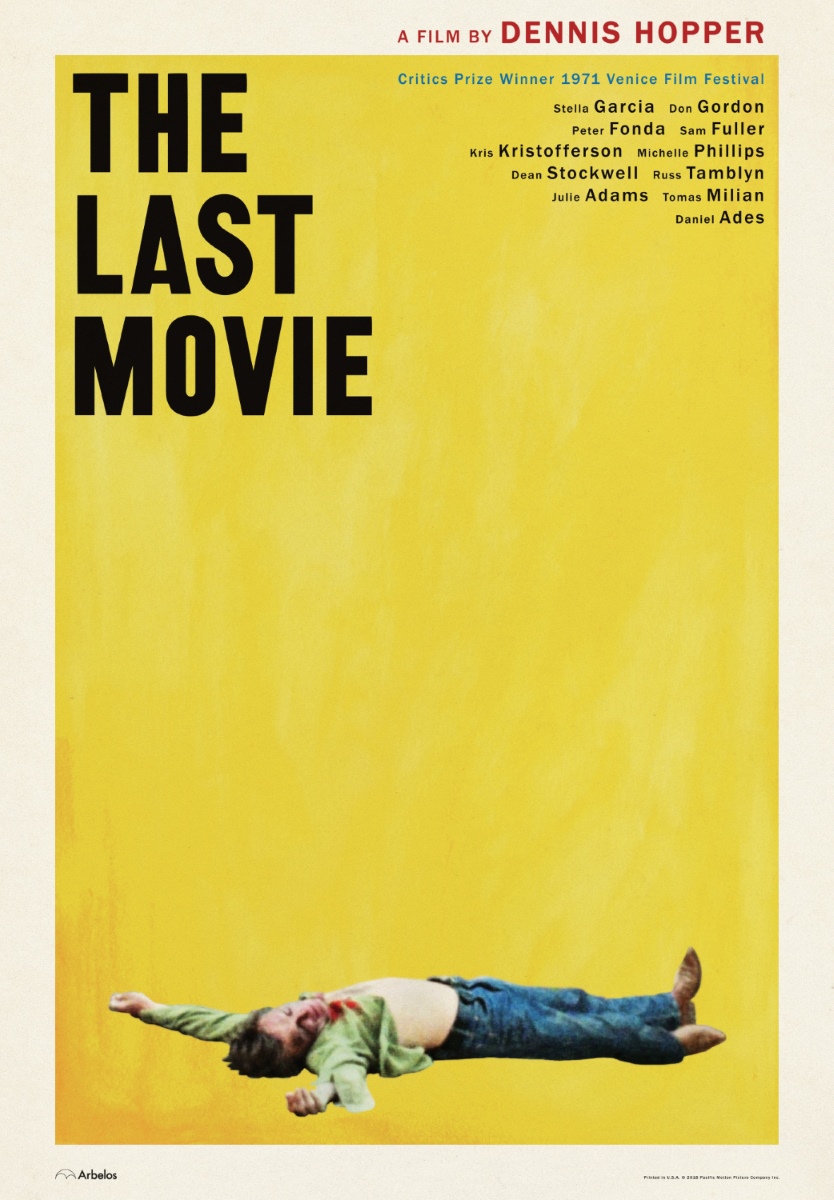 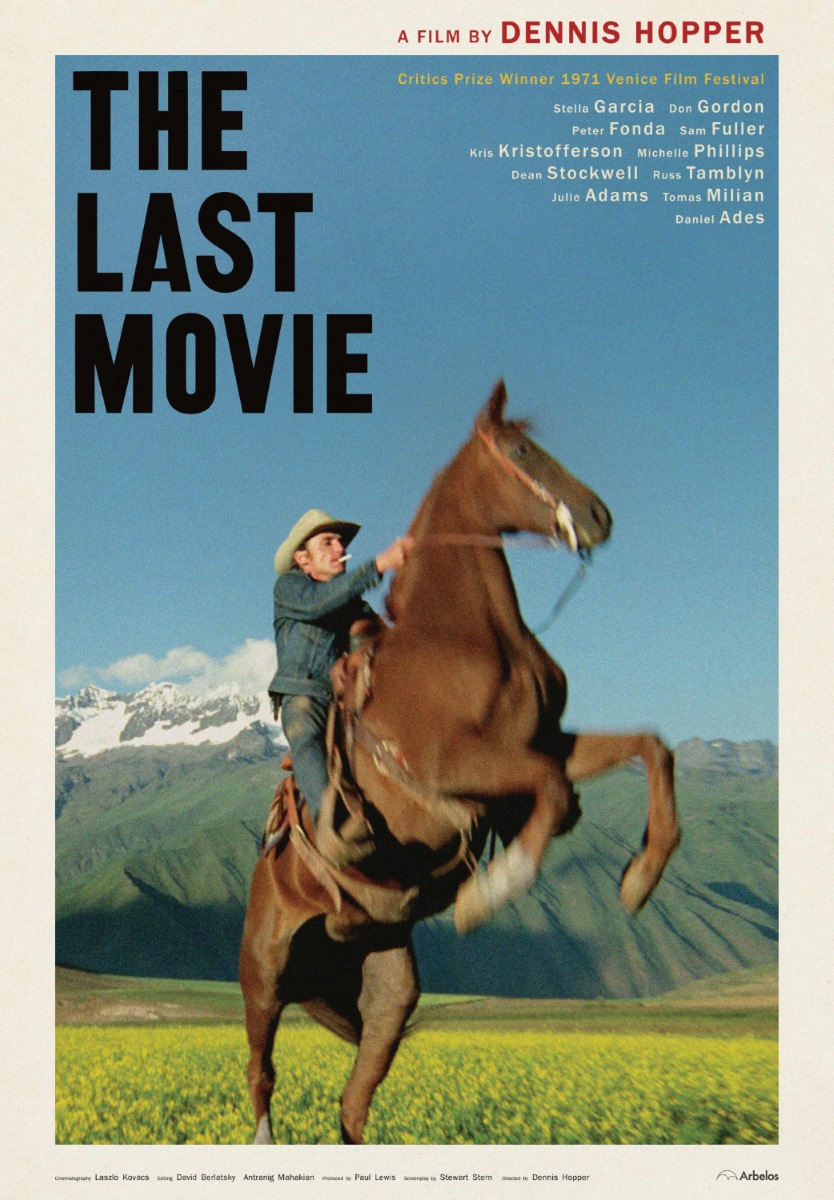