Interview: THE MISANDRISTS writer-director Bruce LaBruce on the making of the film 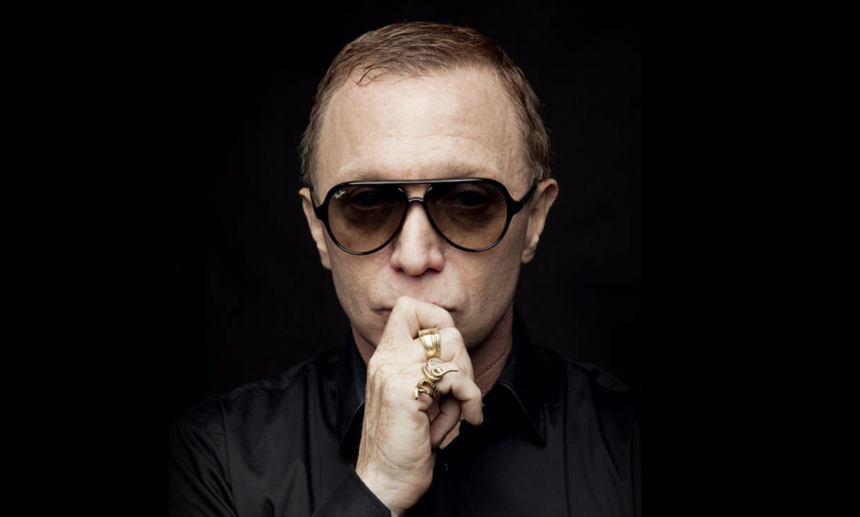 The Misandrists is a tale of extremism and sex, both a critique and an homage to gender essentialism, which manages to show what could happen in a lesbian separatist commune, where each of its members hates men with a passion, and where love between women is considered the norm, without taking into account jealousy or egos.

I had the opportunity to exchange e-mails with the writer-director of The Misandrists, the ever-controversial Bruce LaBruce, who managed to tell me quite a bit about the making of the film.

How did the general concept for The Misandrists originate?

Although I often have strong, feminist female characters in my films, I had been intending to make a movie with an all-female (or almost all-female) cast for quite some time. When I was a queer punk in the eighties, I lived in a squat-like house with an all-girl band, and when I took a grad course called “Psychoanalysis and Feminism” at university I was the only male in the class. So I’ve had experience over the years existing in all-female environments. (I also have three sisters!) After I made my 2005 film The Raspberry Reich, which was about homosexual revolution, some of my lesbian friends and fans complained that I hadn’t included dykes characters, so I vowed that I would make a film about radical lesbian man-hating feminists some day. That day has come.

How was the casting process? What kind of attitude, look or feeling were you looking for these characters?

I’m usually pretty eclectic in terms of casting strategies, so I used a number of methods. I wrote the role of Big Mother with Susanne Sachsse in mind, a wonderful stage actress with whom I’ve already made five or seven films and four theatrical productions in Berlin. I also knew I wanted to cast two old friends of mine, Kembra Pfahlher and Viva Ruiz, who are both amazing artists and filmmakers and strong feminists in their own right. We also used a professional casting agency to find some of the girls, like Victoire Laly and Olivia Kundisch. I also cast some really cool young female filmmakers from Berlin, some of whom make their own porn films, like Serenity Rosa, Sam Dye, Lo-Fi Cherry, and Lina Bembe. And then for the pivotal role of the transgender character, Isolde, I put out a casting notice and Facebook, and the lovely Kita Updike responded. When I Skyped with her it seemed as if I had written the role expressly for her.

What would you say is the message you were trying to convey through The Misandrists?

Both The Raspberry Reich and The Misandrists are not only affectionate critiques of the radical left, but also “womanifestos” that support radical female empowerment in spirit and tone. I called the film “The Misandrists” (I could have called it “The Man-haters”) because I wondered why everyone seems to know quite well what the word “misogyny” means (hatred of women), but so many people have never even heard of the word  “misandrist” (hatred of men). The film basically answers that question. I also wanted to critique certain aspects of the radical left because I think it’s crucial for the left to be auto-critical and to have a sense of humour about itself. I’m fed up with the “neo-Stalinism” currently on display on the left (censorship, the attempt to police language and desire, a dogmatic political correctness, etc.), and my film is intended to draw attention to those tendencies. Neo-fascism cannot be fought with neo-Stalinism! In fact, lately I consider myself more of a “radical centrist” than a leftist, at least in the conventional sense of the word. What were your inspirations for the film's visuals?

The Misandrists references a number of genres, especially exploitation film genres: nunsploitation, the reform school girl film, the softcore sexploitiation films of the seventies, etc. I wanted to give the film that dreamy, gauzy look of seventies erotica, which often had lesbian undertones. I was also referencing gritty classic Hollywood movies like Don Siegel’s “The Beguiled” and Robert Aldrich’s “The Dirtzy Dozen,” so I wanted to give it a pretty slick, mainstream film look, shot in the cinemascope aspect ratio to give it an epic feel. I also incorporated elements of the B-movie horror aesthetic, particularly in the “castration” scene, which includes found footage of an actual vaginoplasty operation that I found on YouTube!

Was it always your intention to include some dark comedy in the film? How would you say this contributes to the overall story of The Misandrists?

The Misandrists is definitely a kind of dark comedy, with elements of absurdism, and even surrealism. I make a cameo as the secret nun who hides in the house and spies on the girls, and who is at one point seen dancing the Charleston, which tilts the film in an absurdist direction. Dark comedy is a good way to draw attention to the absurdity of certain institutions or ideologies because it allows you to poke fun at them and to point out certain contradictions or inconsistencies about them without being too heavy or didactic about it. How would you want audiences to react to the movie?

My movies tend to polarize audiences, so critically I often get either raves or one (or zero) star reviews. I am also a bit infamous for having people walk out of my movies, sometimes en masse! The film is intended to provoke and to shock, but it is also intended to be a polemic, to encourage audiences to debate or discuss the issues it raises. I’m glad that it angers some people and inspires others!

I live in Peru (South America); do you have plans to make The Misandrists available outside the United States?

I’m dying to visit Peru! The Misandrists has shown at a number of festivals in South America already, including BAFICI in Argentina, The Rio de Janeiro International Film Festival, and the Cuir Bogata film festival, which I attended personally. I don’t think I have any distribution in South America yet though. Any ideas?

Can you tell us anything about your next project?

Do you feel this content is inappropriate or infringes upon your rights? Click here to report it, or see our DMCA policy.
BruceLaBrucecontroversialcontroversydark comedygayindieinterviewlesbianmisandrismqueershock valueThe Misandrists