The work and life of Hal Ashby - one of the greatest yet lesser known of 1970s American directors - is beautifully illuminated in Amy Scott's documentary. 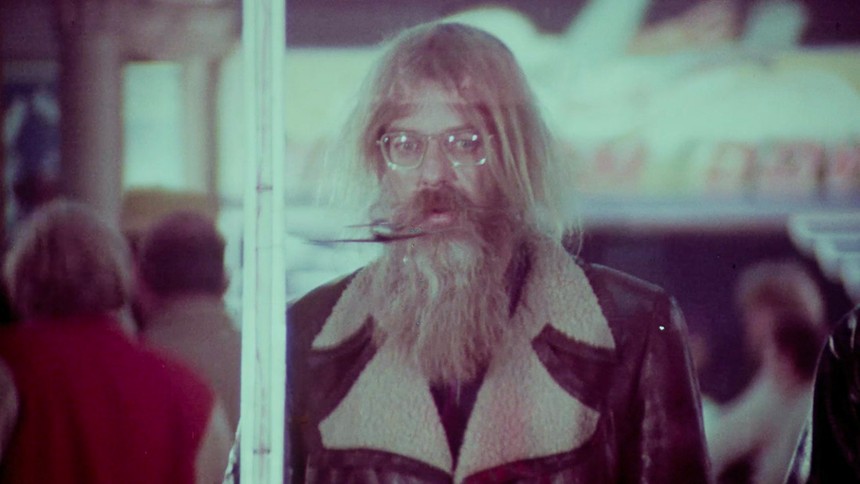 The so-called “New Hollywood” of the 1970s was driven by a number of filmmakers, many of them film school trained, who broke with many established modes of production and benefited from the opportunities afforded them by the collapse of the old studio system. Directors such as Martin Scorsese, Francis Ford Coppola, Peter Bogdanovich, Brian De Palma, Robert Altman, Terrence Malick, William Friedkin, and others debuted films or made their breakthrough works during this period.

One major director of this era who’s rather less often cited is Hal Ashby, who had a remarkable run of great films in the 70’s. Seven films in nine years, to be exact: The Landlord (1970), Harold and Maude (1971), The Last Detail (1973), Shampoo (1975), Bound for Glory (1976), Coming Home (1978), and Being There (1979). Ashby’s films were marked by a deep engagement with social and political issues, and a willingness, even eagerness, to provoke and even shock viewers with their subject matter, language, and other approaches to material. As opposed to the more self-consciously auteurist filmmaking of some of his contemporaries, Ashby usually adopted a more unobtrusive style that served his films’ scripts and performances.

This collaborative approach – leading to a very eclectic filmography –  was greatly enhanced by the fact that Ashby worked with some of the most accomplished film artists of the time, such as screenwriters Robert Towne and Waldo Salt, cinematographers Haskell Wexler, Laszlo Kovacs, and Caleb Deschanel, and actors Jack Nicholson, Walter Beatty, Jane Fonda, Peter Sellers, and Jon Voight.

The documentary Hal, director Amy Scott’s feature debut, strives to rectify Ashby’s relative lack of name recognition, and if it gets wide enough circulation following its Sundance premiere, her film should succeed at this goal, as it’s a beautifully put together package that greatly honors the artist at its center. It’s a compelling portrait of a man who was as consummately skilled at his art as he was often difficult for others to get along with.

Ashby was an outlier among his filmmaker peers. Already in his 40s by the time he made his debut film The Landlord, he was older than most of his contemporaries who got started filmmaking in the 1970s. Also, instead of college, he apprenticed as an editor, eventually working with director Norman Jewison; in 1968, Ashby won his only Oscar for editing Jewison’s In the Heat of the Night. Ashby would later say that his training as an editor was invaluable for his own films; he famously knew where every frame was located, and would more or less live in his editing suites, working non-stop with very little sleep and copious use of marijuana.

But as the cliché goes, what Ashby really wanted to do was direct. Jewison gave Ashby his first break in that regard with The Landlord. Jewison was originally slated to direct, but he instead decided to hand over the reins to Ashby. Starring Beau Bridges as a landlord who takes over an inner-city tenement in Brooklyn mostly populated by lower-income black residents, it was a bold and risky choice for a directorial debut, taking on issues of racial tension, class differences, and urban blight. Though critically acclaimed, The Landlord was a box office disappointment, and today it’s remarkably prescient concerning present-day issues of gentrification. This passionate engagement with sociopolitical issues and prescience would prove to be hallmarks of much of Ashby’s subsequent work. For example, Being There’s themes of vacuous celebrity becoming politically successful forms chillingly obvious parallels to our present-day situation.

Ashby’s subsequent features in the 1970s, most of them save for Shampoo and Coming Home not commercially successful, nevertheless were critically acclaimed and garnered numerous Oscar nominations, with some wins such as three for Coming Home (acting awards for Jane Fonda and Jon Voight, and best screenplay).

Ashby, however, often clashed with studio executives over his provocative subject matter, such as the cult classic Harold and Maude – about a romantic relationship between a 20-year old man and an 80-year old woman – and The Last Detail, whose profane script greatly pushed the envelope for the time. Ashby always had problems with authority figures, having embraced hippie culture and youth culture, adopting a look featuring long hair and a long beard long before such a thing was fashionable.

This refusal to conform to authority and film studio edicts, along with increasingly extensive drug use, led to Ashby’s rapid artistic and commercial decline in the 1980s, with producers and studios becoming weary and intolerant of Ashby’s demands and refusal to play along. The 1980s for Ashby was a succession of failed projects, commercially and critically unsuccessful films, and finally on his last film 8 Million Ways to Die (1986), being fired and having his film physically taken away from him and cut by the studio. Two years later, Ashby would die from pancreatic cancer.

However, what remains is that nearly miraculous run of work from the 1970s, films that only grow in stature with each passing year. Hal wonderfully illuminates this great work, and Amy Scott uses her own considerable skills as an editor to skillfully weave clips from Ashby’s films, great archival finds such as on-set footage and contemporaneous interviews with Jack Nicholson and Peter Sellers, as well as present-day interviews with Ashby collaborators such as Norman Jewison, Haskell Wexler, Jane Fonda, and Jon Voight, and Jeff Bridges. There are also interesting perspectives from Ashby fans and admirers such as Judd Apatow, David O. Russell, Lisa Cholodenko, and Alexander Payne. (Apatow is especially a super-fan; he cites Being There as the artistic bar he strives for, and also named one of his daughters Maude.)

Hal serves as a superior reminder, or for some, a great introduction to, the lasting cinematic legacy of its inimitable subject. As such, it should have viewers almost immediately after watching this film searching for the nearest disc collection or streaming source to fully appreciate the brilliant work Ashby has left us.

Do you feel this content is inappropriate or infringes upon your rights? Click here to report it, or see our DMCA policy.
Amy ScottHalHal AshbySundanceSundance 2018John C. ReillyJeff BridgesJane FondaJudd ApatowDocumentary