Rotterdam 2018 Review: THE DEATH OF STALIN Makes You Laugh At A Corrupt Tragedy

Armando Iannucci's new film is a scathing look at vile oppression, and a heap of fun as well. 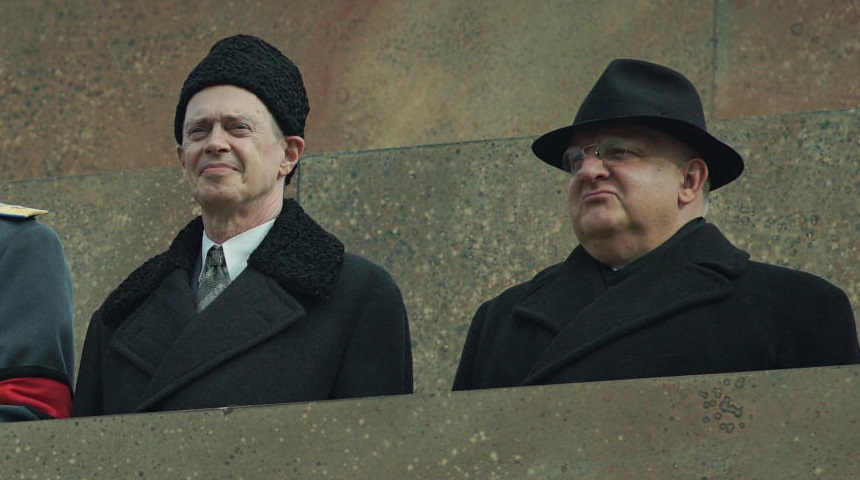 We're big fans of Scottish writer/director Armando Iannucci here at Screen Anarchy, and have been ever since he was doing short comedic skits on the BBC. The man is now of course most famous for his series Veep, The Thick of It and his film In the Loop, which was a scathing take at how the United Kingdom got pulled into a recent war.

In his new film The Death of Stalin, Iannucci is no less scathing, and screenings of the film have in fact been forbidden in Russia, even though the events depicted in them happened 65 years ago. The official reason is that the film is seen as a foreign attempt at influencing the upcoming elections in Russia, "which is something that is very much disapproved there" according to Iannucci, who introduced his film at the closing evening of the International Film Festival Rotterdam. His statement was met with much laughter, and so was the film itself, as it is excellent. 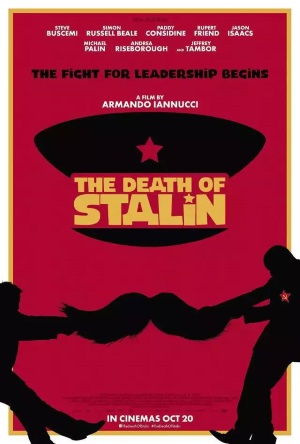 The Death of Stalin starts in 1953, with the Soviet Union's absolute dictator Joseph Stalin still very much alive, and the entire country cowering in fear of him. People get arrested, deported, tortured, raped and executed in huge numbers, by the security forces led by the sinister Lavrenti Beria.

So many people have disappeared, in fact, that when Stalin suffers a stroke, there are no expert doctors in Moscow anymore, as all have been either deported or killed. And when Stalin expires, the big question on everyone's mind is: "Now what?!"

Stalin's adjunct Georgy Malenkov automatically becomes the interim leader, but Beria is quick to start gunning for leadership. Trying to oppose him without losing his mind (or indeed head) is Nikita Khrushchev, but as Stalin's funeral proceeds, will he be able to juggle all the different factions which visit Moscow?

For those who know their history a bit, it will be no surprise who comes out on top, but the film is no less delightful for knowing the outcome in advance. The central committee is shown as a pack of rats on a sinking ship, all greedy, all scared, and all with plenty of blood on their hands already. The nation they must lead is internally paralyzed with fear, as years of extreme authoritarianism has crippled all processes until only violence and corruption remains.

These "rats" are played by an impressive selection of comedians, stars and stage actors. Steve Buscemi and Simon Russell Beale form the two central antagonists as Khrushchev and Beria. Both are excellent and are surrounded (and sometimes threatened) by great supporting character work, courtesy of Jeffrey Tambor, Michael Palin... and Jason Isaacs. Oh man, Jason Isaacs... he basically changes the film the moment he arrives. After nearly a solid hour of watching terrified people, seeing someone who fearlessly doesn't give a fuck is borderline therapeutic, and Isaacs is obviously having buckets of fun playing the part.

"Buckets of fun" isn't actually a bad description of the film as a whole, though the laughter is mostly to offset the dour reality on display in the background. Armando Iannucci never lets you forget the utter tragedy of the millions of people trapped and enslaved by an inhumane regime (putting it mildly), and most of the humour in the film comes from the desperation shown by those who see their world crashing down in the wake of Stalin's power vacuum.

The Death of Stalin looks sumptuous, and at times I was wondering if it would turn into a true historical epic. But the focus remains on its small group of central characters, and as they all find themselves at an extremely dangerous crossroads in the history of their country, this sure is exciting enough. That the film provides plenty of caustic entertainment as well is a great bonus. I like it better than In the Loop even, and I'm now even more of an Armando Iannucci fan than I already was.

The Death of Stalin was the closing film of the 2018 International Film Festival Rotterdam, and will be released in the United States on March 8th.