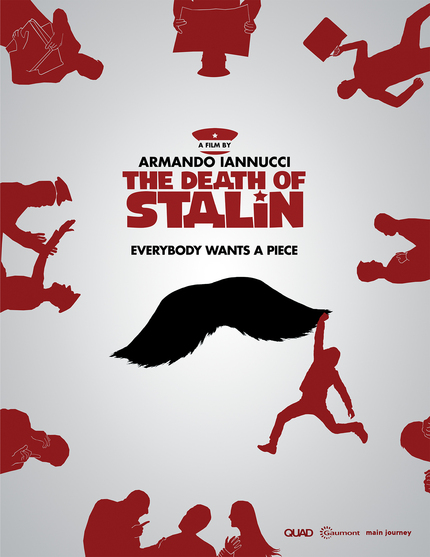 If anyone in the World can take the piss out of the death of a Russian dictator and live to see the day it is British satirist Armando Iannucci. The man behind In The Loop and Veep has been adapting the graphic novel The Death of Stalin by Fabien Nury and Thierry Robin in preparation for a shoot that begins next month.

The man is Joseph Stalin, dictator, tyrant, butcher as well a Secretary General of USSR.

A terrible stroke is wracking his entire body.

He is pissing himself.

He is about to kick the bucket and if you play your cards right, his job is yours for the taking.

Based on a true story, The Death of Stalin is a satire about the days before the funerals of the Nation’s Father. Two days of fierce infighting for the supreme power, where manipulation, lust, betrayal will be the weapons.

Iannucci will deliver his own funny version of a dictatorship plunged into madness, depravity and inhumanity, a scathing comedy with no holds barred!

QUAD and MAIN JOURNEY, in association with GAUMONT, are producing , which principal photography is due to June 20th, for a Cannes 2017 delivery.

The principal cast has been announced and the line up is amazing!

Iannucci is circling and is in discussion with a prestige assemble cast that includes Steve Buscemi as Khrushchev, Jeffrey Tambor as Malenkov, Toby Kebbel as Vasily, Michael Palin as Molotov, Simon Russel Beale as Beria, Timothy Dalton as Zhukov, Paddy Considine and Olga Kurylenko as Maria and Andrea Riseboroughas Stalin’s daughter.

Oh, you can bet we will keep an eye out for this one!