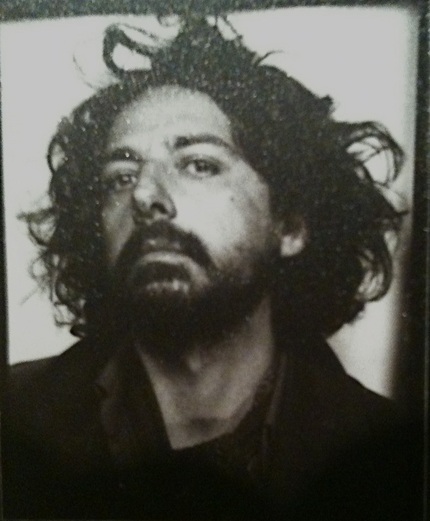 The first feature Wild Boys by French experimental filmmaker Bertand Mandico finds its way to screens at the International Film Festival Rotterdam. The genre- and gender-bending surreal film blends literary references with a stylized world verging on expressionism. ScreenAnarchy got the chance to speak with the director about Polish provocateur Walerian Borowczyk, the making of Wild Boys, Incoherence Manifesto and the leitmotif of the body in his works.

ScreenAnarchy : Your cinema is close to the one of Walerian Borowczyk. How come? Do you see yourself as a successor of Borowczyk or as a caretaker of his legacy?

Bertrand Mandico: I do not consider myself a successor to Borowczyk but it is a filmmaker that showed me a route. Boro created a coherent body of work composed of a constellation of films, short, long, animated, erotic and always surreal. He stringed a collar of films of different size and form, harmonious and agitated. His approach to film touches me, its delicacy, its obsessions and black humor seduce me. However, I do not like the idea of heritage, that is a conservative notion, I prefer to say a breath. The important filmmakers in my life gave me a breath that drove my creative sails.

What do you find fascinating about Borowczyk?

His surrealism, cruel and tender. Like a needle in a peach.

You have created a homage or a creative biography about Borowczyk. Can you describe the process of realization?

I co-created a homage, retrospective and exposition, in Warsaw. I wanted to conclude the affair by creating a film that would Borowczyk as the pretext and to have his figure of "outsider" filmmaker speak about me, about my own fantasies, urges. To weave also a romantic, raw and rough portrait about a heroic-erotic filmmaker.

Body is a motif interweaved through your body of works. What is your interest in a body?

Body nourishes itself eating light and spitting it out constantly. It's an interesting subject - fascinating, fragile, attractive or repulsive, organic. I love to inscribe bodies into my sets. Paint them, sully them, twist them, coagulate them and mostly, filming them. These re-appropriations of bodies echo certain ancient or modern paintings and sculptures that feed me, from Max Ernst to the Chapman brothers.

However, your approach to body is different than the one of Philippe Grandrieux. Breaking through barriers of sex is present in Wild Boys. Why is this a widespread topic in your works?

I believe that Grandrieux frames all his films like me. There is not just the camera between actor and actor. The approach is different however. I caress without ever penetrating. I question bodies, I cover tracks. 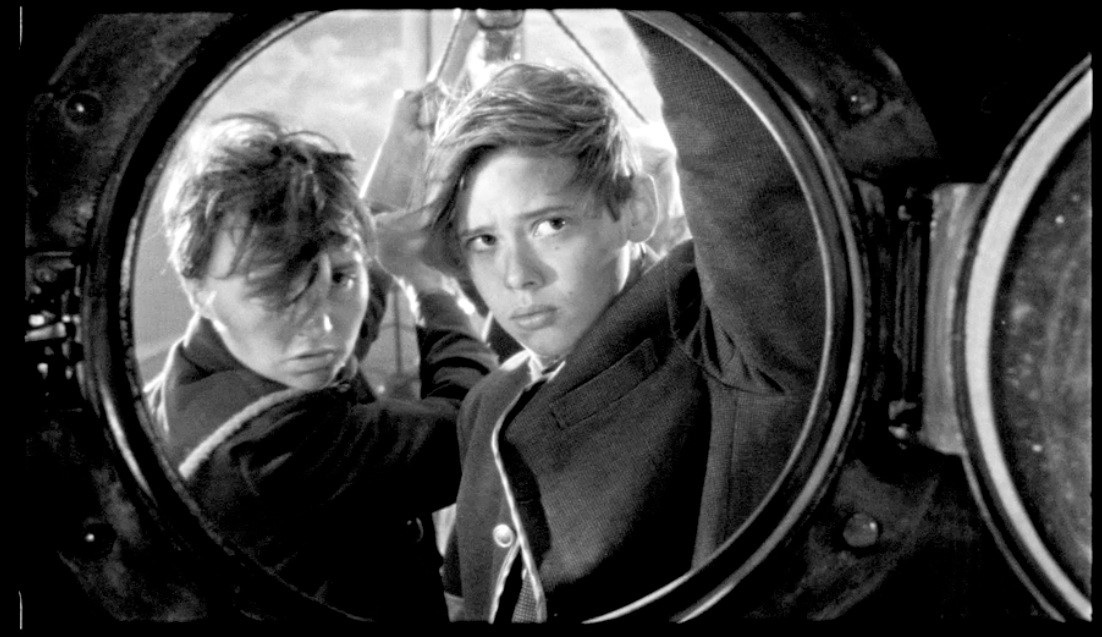 I create hybrids, sexual and cinematic. The times change and the representation of gender has to change in cinema.

All what was said manifests in your feature-length debut Wild Boys. What was the process like on the project?

I gave myself a time to let the idea for film, that is the essence of the story, sprout. While I let it sprout, I am editing a short text of 30 pages like a novella. Then I edit the script. Wild Boys took two months to write. Then, we are preparing the film in two months, preparations, scouting, set design, costumes, rehearsals. And then seven weeks of shooting. And almost one year if editing and sound and music production.

If I remember correctly, you do not record sound during shooting. Why?

I want to be free to shoot making a noise or to shoot in noisy places. We have a raw sound witness that we throw out totally. I work with actors who post-synchronize themselves. That enables to refine the play. Then we make noise, I create sound environments, then music arrives. It's like a thousand leaves, over 400 tracks on Wild Boys. Then I improve, mix and organize. The sound is an organic matter that touches much more viewer´s subconsciousness than the image. This production of soundtrack is an ancient method although I work with new and very powerful tools. The method is complex but truly intoxicating.

Do you have other rather unconventional methods you practice during a shoot?

I shoot always on a color film and everything you see is made during the shoot. There are no post-production images apart from calibration. Background projection and superimposition are made during the shooting. I live, we live the shoot as a performance, the crew, the actors and myself.

Wild Boys looks like a patchwork of different inspiration from Jules Vernes´ Two Years´ Vacation, A Clockwork Orange by Anthony Burgess or Lord of the Flies by William Golding. What other inspirations are behind the story?

It´s a kind of weaving of childhood reading, adventure stories by Jules Vernes or Stevenson and my adolescent reading of William Burroughs or JG Ballard. An unlikely transplant between these two types of stories, the adolescent counter-culture that contaminates the childish romance.

Wild Boys has the patina of aged film and resembles expressionist aesthetics. What is behind this visual aspect?

I hate the counterfeit, filmmakers that do in a style of ... or some kind of fake old film that depresses me. For Wild Boys, I wanted to work in black and white, to save money, because my studio scenes and natural scenery are easily connected, for the pleasure of imagining a jungle graphically and because my color plants burst like ripe fruit on a black tree. It´s a modern film with hybrid, timeless and cinegetic techniques.

A viewer entering your world encounters a highly stylized world. Why?

We collapse on naturalism and reality. Surveillance videos, homemade family video, reports, documentaries, YouTube videos, fictions. Realism devours everything, imagination is put away into a closet. We are leaving the opportunity to invest into imagination and to compartmentalize it into flashy aesthetic conventions to Hollywood. I consider important to invest into fantasy and imagination attempting to give it different angles of aesthetic approach and narratives.

Can you elaborate on you auteur style and I mean the Incoherence Manifesto more precisely.

The International Incoherence is a concept that we have established with Katrin Olafsdottir. We have listed everything that makes our biases of staging against the current. Biases that may seem incoherent in the dominant industry of arthouse cinema. To be incoherent means to have faith in cinema, it means to have a romantic approach , unformatted, free, disturbed and dreamlike, cinegenic, an epic narration. Incoherence that´s an absence of cynicism but not irony. It´s embracing the genre without penetrating it. Incoherences are a whole group of young talented filmmakers like Marie Losier. Yann Gonzales, Caroline Poggi and Jonathan Vinel. It's a flamboyant surge not a dogma. The style imposes itself becoming evidence then it follows different paths with the current of films, it follows emotions, the style, it is bypassing the evidences. 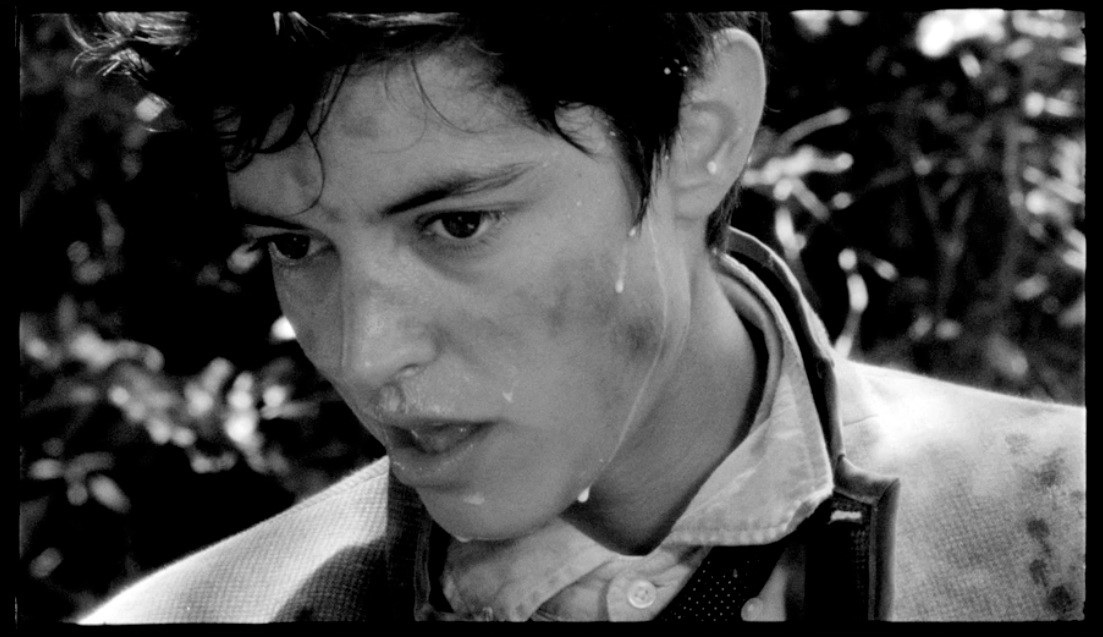 Elina Löwensohn is your frequent collaborator and she also stars in Wild Boys. Can you a bit more about your collaboration?

We have been working together for over seven years. She is a great actress of a wide register, a Stradivarius. While working with Elina, I learnt a lot about acting and subtleties of play. I continue to learn from her and to refine the nuances of directing actors and finding my own style in diction and gestures. For example, I love looking for characters with Elina, working on her metamorphoses. Eline does not write the scripts.

There is one phase where I write a script and I create a character. And together, we are looking for an incarnation of that character through costumes, wigs, accents and so on. Elina stars in my three medium-long films, eight shorts and my feature-length debut that being twelve films altogether.

If I am not mistaken, you are in the process of a grand project with Elina shooting 21 films during 21 years. Can you a bit elaborate more on the concept of this two-decade film series?

Among those films are those that are part of a collection we have started eight years ago: 20+1. The idea is to create 21 shorts in 21 years. The fictions revolve around the notion of aging and desire, eight film were already shot to this day, 6 completed. This is not a collaboration of co-writing but rather collaboration of production and play. Each and every film is a unique experience, narrative and formal. It´s a anti-series.

You are in the midst of writing a science-fiction series Prairie. What´s the story about?

It´s a series I developed for Flemish production CZAR. We hope the series will soon find finances. Eleven 50-minute episodes were written, it´s a romantic story, adventures of a teenager affected by "positive" virus, a story of mutation, new flesh. The plot unspools on the border of Russia and Norway in the savage zones in the very near future. Hard to say more.

On what other projects are you currently working on?

I am going to shoot a medium-length project, Ultra-Pulpe, a story of shooting a dark science-fiction and breakup between women, a questioning on desire and abandonment. It´s a science-fiction film that rubs off on those who make it. I have also another short film in the making, to be shot in New York, a story of two policemen witnessing a birth of inner beauty, figuratively speaking. And finally, I have a feature-length project in the funding stage, After Blue. And other dormant films waiting their hour like sleeping crocodiles.

Do you feel this content is inappropriate or infringes upon your rights? Click here to report it, or see our DMCA policy.
Bertrand MandicoFranceIFFRLes Garcons SauvagesRotterdam 2018Wild Boys