Notes on Streaming: BEFORE I WAKE, Of Dreams, Nightmares, and the Grief That Never Sleeps 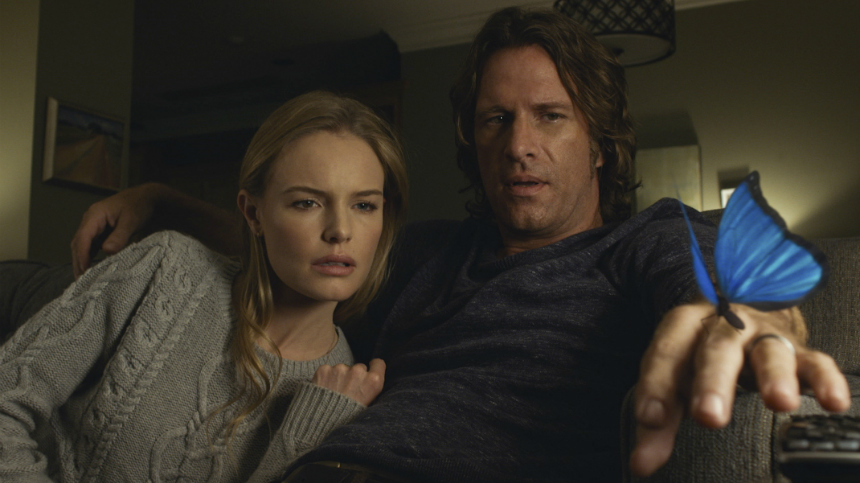 On the basis of Hush, Gerald's Game and now Before I Wake Mike Flanagan has become the King of Streaming, at least in the broad field of horror.

Even though it's now identified as "A Netflix Original," if things had gone as planned, Before I Wake would have opened in theaters several years ago. Announced and filmed in the fall of 2013 as Somnia, the followup to Flanagan's well-received Oculus ended up in the hands of Relativity Media for distribution, a company that encountered financial difficulties. Before I Wake and other titles were left out in the cold. In time, Netflix nabbed the rights and released it everywhere but the U.S. on April 28, 2017.

Now, finally, the U.S. audience gets its turn to see a film that is a fascinating step in the career of director, cowriter and editor Mike Flanagan, and a fascinating fright flick in its own right, in large part because it doesn't seize and deliver like many modern horror films. Instead, it builds tension that is based on characters and their particular experiences, the ones that have scarred them and changed them into different people.

Flanagan came back onto my radar screen with Hush in 2016, which was a bravura feat of visual storytelling, and it's hard not to admire Gerald's Game, which revolves around an ace performance by Carla Gugino yet also thrives because of Flanagan's ingenuity in staging.

Rewinding to 2013, we follow Jessie (Kate Bosworth) and Mark (Thomas Jane), a loving couple who live in a big, lovely home. Their distinguishing characteristic is the grief they share over the loss of their only child, Sean, some time before. But they are ready to welcome a foster child, Cody (Jacob Tremblay, in his debut role, filmed before Room), who has had his own serious troubles so far.

Still, caseworker Natalie (Annabeth Gish) believes it's a good fit. Cody is polite and well-behaved -- Natalie says 'he refused to become a victim' in his previous households -- and Jessie and Mark have the unexplained large, beautiful home. (Natalie is a nurse and Mark is, hm, I'm not sure what he is or what he does, work-wise. Maybe it doesn't matter?)

Very soon, however, Cody reveals a hidden talent that affects Jessie, especially, in a profound manner and speaks directly to the nature of grief. Everyone grieves differently, of course, but Jessie appears to suffer from the kind of grief over the loss of her son that never sleeps, that never goes away, that never heals properly, if such a thing is even possible.

So, between herself and Mark, she is the one who becomes the focal point of Cody's special "gift," yet not only the focal point, but, possibly, also the attractor. After all, can a mother's love for her children ever be underestimated?

Before I Wake is the sort of film that, in the 90s, we would have recommended to one another at the video store. ("Oh, you've got to check this one out!") I have no idea how it would have fared if it received its deserved theatrical release, but it plays out quite well now on Netflix and is an easy recommendation to add to your queue.

Just give it time to play out, for all its oblique strategies to run their course; sit back and allow the emotions of a grieving mother to stir up all kinds of feelings you thought were locked away.

Before I Wake is available to watch on the Netflix streaming service. Notes on Streaming is periodic column on the art of streaming.

Do you feel this content is inappropriate or infringes upon your rights? Click here to report it, or see our DMCA policy.
Jacob TremblayKate BosworthMike FlanaganNetflixThomas Jane

More about Before I Wake