BEFORE I WAKE: Do Not Fall Asleep When Watching The Trailer For Latest From OCULUS' Mike Flanagan 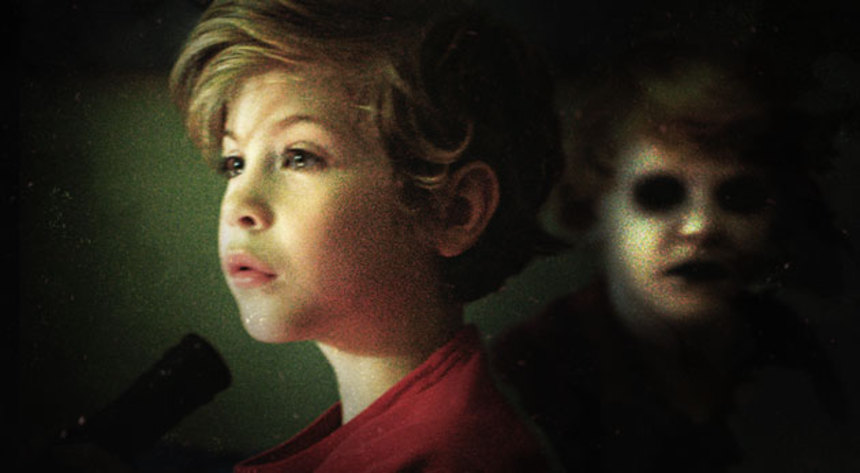 Mike Flanagan's latest film, Before I Wake, was originally under the guise of Somnia. But now it has a better title and today a trailer was released via the film's Twitter account. Just click on the play button below and have a look!
[Tweet from @beforeiwakefilm]
Flanagan loves going back to some of the same imagery he has used in his previous films, I am specifically talking about the absence of eyes replaced by pitch blackness. Flanagan has done creepy really well and Before I Wake looks to deliver the same good tension and scares.

In this intense and heart pounding supernatural thriller, Jessie (Kate Bosworth) and Mark (Thomas Jane) decide to take in a sweet and loving 8-year-old boy, Cody. Unbeknownst to them, Cody is terrified of falling asleep. At first, they assume his previous unstable homes caused his aversion to sleep, but soon discover why: Cody's dreams manifest in reality as he sleeps. In one moment they experience the incredible wonder of Cody's imagination, and in the next, the horrific nature of his night terrors. To save their new family, Jessie and Mark embark on a dangerous hunt to uncover the truth behind Cody's nightmares.

Before I Wake was written by Flanagan and Jeff Howard, who worked with Flanagan on Oculus and is helping him adapt Stephen King's Gerald's Game
Sign-In to Vote
Tweet 0 Submit

Do you feel this content is inappropriate or infringes upon your rights? Click here to report it, or see our DMCA policy.
Before I WakeKate BosworthMike FlanaganThomas Jane

More about Before I Wake

Flanagan's a very talented fella. I loved ABSENTIA and I think he has a natural grasp on atmosphere that most horror directors don't.

The prospect of him doing GERALD'S GAME is intriguing, since that's a one-room story. I'm just glad that he hasn't yet been sucked up into the world of having to direct worthless remakes just to get a studio job.

A-fucking-men. And talented, he is, indeed. I love what he does with siblings and he's smart enough to know that story and character can be just as important in a horror film as any other. I'm expecting great things from him. Horror's not quite dead yet.