GHOSTLAND: Check The First Footage From The MARTYRS Director's Latest 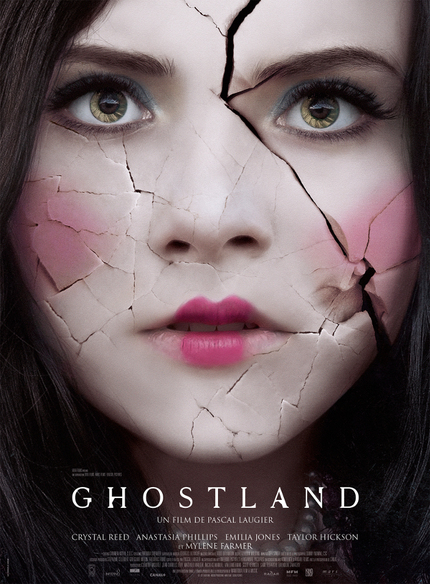 French director Pascal Laugier created a divisive masterpiece with his 2008 extreme horror offering Martyrs - go ahead and guess which side of the divide I'm on from that statement - but has been heard from surprisingly seldom since. Laugier was attached to a remake of Hellraiser for a time but his only completed credits in the tens years now since Martyrs remain 2012 feature The Tall Man and a single episode of television series XIII, also in 2012. But he returns to the big screen this year with the upcoming Ghostland.

Following her aunt’s death, Colleen and her two daughters – the eldest, Beth, totally locked-in and shy, finds comfort in the stories she invents in the books she writes, and Vera, way more open and self-confident, inherit her house. However, during their first night in this new home, murderers break-in, pushing Colleen to fight to save her daughters’ lives. During this highly traumatic night, the girls’ disparate personalities diverge even further. “Sixteen years later, Beth becomes a famous horror author with a perfect family and life in Chicago, while Vera can’t cope, and loses her mind faced to an unshakable sense of paranoia. Daughters and mother finally reunite at the house where Colleen and Vera still live. It is only then that strange events begin to take place…

Mylene Farmer, Anastasia Philips and Crystal Reed star and for those hungry for a look, well, good luck! The first teaser arrived to promote the French release over the weekend and it is every bit as stylish as you may hope! Take a look below!