In its seventh year, MoMI's First Look film series, organized by chief curator David Schwartz and associate curator Eric Hynes, introduces bold, formaly inventive, innovative international films to start the new year. And to all the adventurous cinephiles, this is definitely a good way to start 2018.

This year's selections in First Look go beyond the traditional screen presentsuch as Daniel Cockburn's quasi-film lecture All the Mistakes I've Made (Part 2); a new program of Radio Atlas short works comprised soley of audio recordings and projected subtitles; and even a work being produced during the festival, an update of Wim Wenders's documentary Room 666 in which filmmakers talk about the state of the art form.

First Look to open with U.S. premirere of Blake Williams's 3-D film PROTOTYPE, and will include new boundary-breaking work by James Benning, Ken Jacobsm and an exciting array of emergining artists from around the world January 5-15. Please visit MoMI website for more details.

Here are 7 outstanding films I was able to sample: 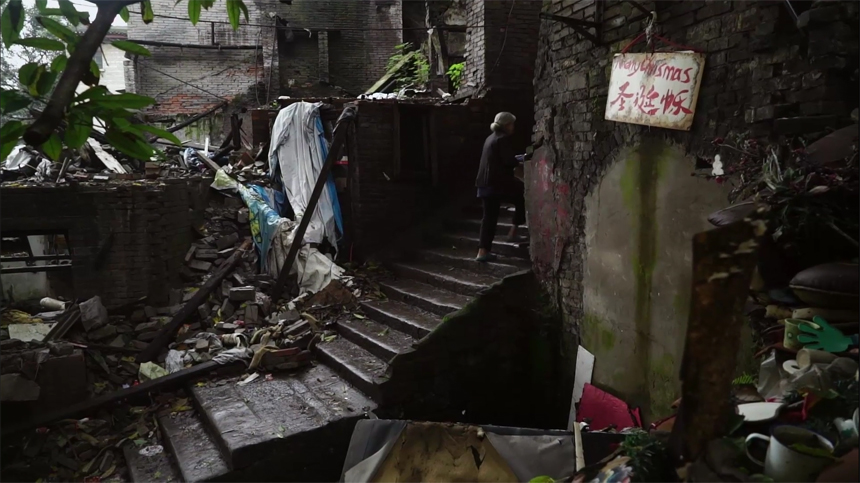 Disappearing urban slums have been documented before - Fountainhas of Lisbon in Pedro Costa's films, Kowloon: The Walled City by a German TV channel in the 80s, and of course, 24 City by great Jia Zhangke among many others. Frenchman Hendrick Dusollier spends a year in the last old district in Chong Qing one of the mega cities situated in the southern China. He films its inhabitants as the neighborhood slowly but surely disappears.

Unlike many other documentaries or dramatizations of a specific place, Dusollier let himself exposed and known to his surroundings. Everyone he meets and treats him as a foreign man with the camera who doesn't understand the language but films everything. His insistence as mostly silent observer wins over some curious inhabitants, namely a barber and his mother whose open, dimly lit shop continues to serve the community under the threat of imminent eviction, Zhou Hong, a neighborhood kid who shows Dussollier around through the labyrinthine dark alleys and Mrs. Xue Lian, an old woman who makes living by picking up bottles and who turns out to have the biggest collections of weird junk in the corner deep in Shibati.

Dussolier comes back to the place and revisit these people, sometimes with an interpreter, sometimes not. He visits them after they were forced to relocate. They understand that he is in Shibati to film what's going to be lost forever. It's this mutual understanding that makes Shibati different from other anthropological documentaries. Dusollier keeps things personal and human.

Sprawling, picturesque vistas of an Indonesian Island lensed in widescreen format as a back drop, Mouly Suriya's Marlina the Murderer in Four Acts, is a rape revenge western from a female perspective. Marlina (Marsha Timothy), a widow farmer is visited by Markus (Egi Fedly), who tells her that his gang is on his way to rape her and take all her livestock and reminds her that there is nothing she can do about it. When the rest of the gang get there, she poisons them and decapitates Markus while being raped. With Markus' head, she takes a journey to the police station- first by bus, where she meets Novi, a very pregnant woman and befriends her, then later on a horse. At the police station, she learns that justice won't be forthcoming and has to go back to her house for Novi who was captured hostage by the rest of the gang.

Marlina is quite significant coming from an extremely patriarchal society. Weird mixture of Bring Me the Head of Alfredo Garcia and Thelma and Louise, the film features some beautiful landscapes and local customs - keeping mummies of the loved ones in the house for example and humiliating sexist traditions - cattles for a dowry etc. 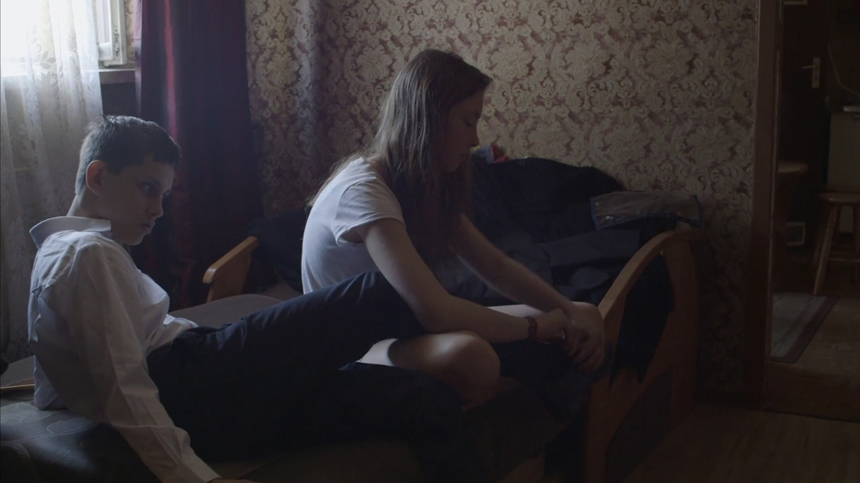 Ola, a 14-year old school girl is the focal point of Anna Zameca's intense documentary on fractured family in Poland. We also get the glimpse of a still deeply religious society. Ola has her hands full taking care of her autistic brother, Nicodem, and drunkard father. The film takes place when Nicodem's communion is approaching. Using the communion as an excuse, Ola tries to reunite her family with their estranged mom, who lives apart and has a baby with another man.

Ola is pretty much a mom to Nicodem, she bathes, clothes, feeds and takes care of his school needs. She is also a strict disciplinarian with her alcoholic dad, calls him to make sure he comes back home from pubs, no TV while baby's sleeping, shuts him off from saying incriminating things to welfare officers. She sweeps, washes, cleans and tends to the wood burning oven, yet she likes to put on a dress and have a good time at school dance.

Zameca captures some astonishing moments of intimacy and authenticity in a tiny, cluttered home. It also puts a spotlight on autism and how many societies are not equipped to deal with it. Nicodem is treated like a normal kid both in school and in the church. He definitely severely affected in his speech, attention, and repeated hand gestures. Yet is that kid who is 'a little strange'. It's also kind of scary to hear moments of clarity when he says things out of the blue. At one point in the bathtub, he repeats "The reality becomes fiction."

It's a family where the child parent roles are reversed in all functionality. She acutely observes that Ola growing up way faster because she has to- yet she is still a child who naively hopes that their family will be together again. Komunia is a heart breaking, beautiful film. 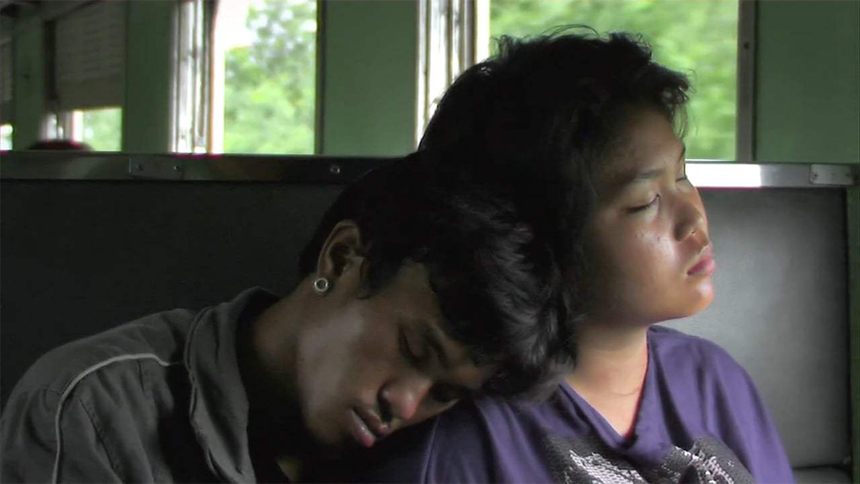 Part love letter to the Thai railway system, part documentary, part experimental, this Apichatpong Weerasethakul produced film moves along from Northern Thailand to South, recording two days and two nights of locomotive travel. First inaugurated by King Rama V in 1890s, Thai railways are revered and regarded as the nation's backbone. We see travelers of all ages and social strata, eating, talking, gazing and sleeping in a confined biosphere, a great microcosm of the world as it were- two recent previous films come to mind as a great example of this - Bong Joonho's dystopian Sci-Fi Snowpiercer and J.P. Sniadecki's artful Iron Ministry. Railway Sleepers feels more personal and intimate. Its slightly moving camera as the train moves along, captures day in the life of ordinary Thais. The film has that lulling hypnotic effect: it's as if the gently undulating train cars with that unmistakable, repetitive sound of a train rolling on the tracks invites you to sleep. 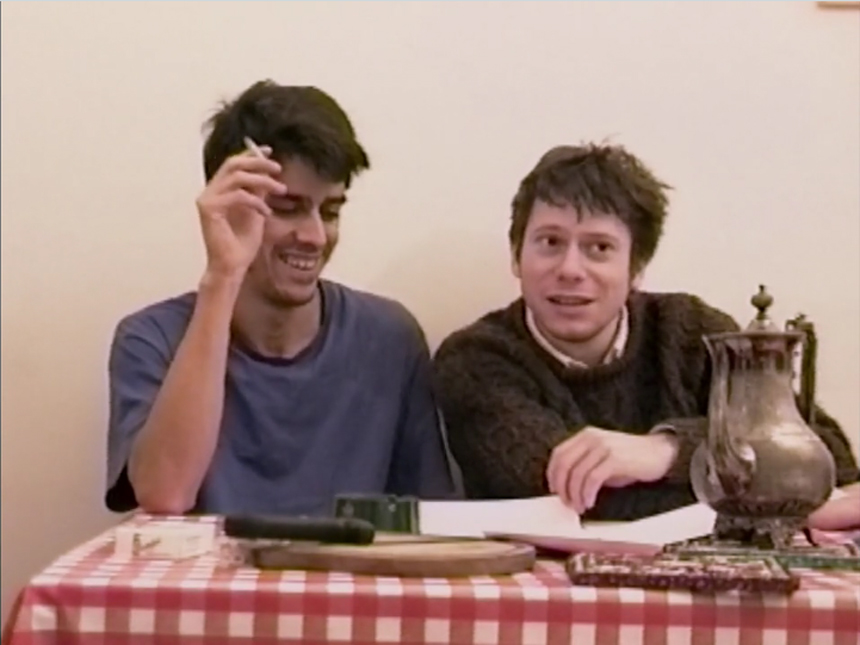 Marcelo Novais Teles, a young Brazilian man, moves to Paris to pursue an acting career in the 80s documents his life in grainy Super-8, Hi-8 and DV. L'Exilé is at once a deeply personal film and a time capsule of a certain generation of French filmmakers/actors. Teles, with his soulful face and charming accent, was able to surround himself with like-minded young, struggling artists. The film is filled with their honest conversations on life, art, love...etc. There are some recognizable faces in French cinema popping up now and then in Teles' home video footage - most notably Mathieu Amalric. This is way before he became famous.

There are a lot of footage of Teles playing with his friends' kids (including Amalric and Balibar's later on). Forever bachelor and struggling with his loneliness being an illegal alien in a foreign country, he shows his anxiety about constantly producing something meaningful in his lifetime.

As we watch an honest depiction of someone's life floating by- hope, ambition, love, regret, even considering the specificity of Teles' circumstances, we realize how universal our 20-30s are. Beautifully edited and intimate, L'Exilé is something that every struggling artist can relate to. 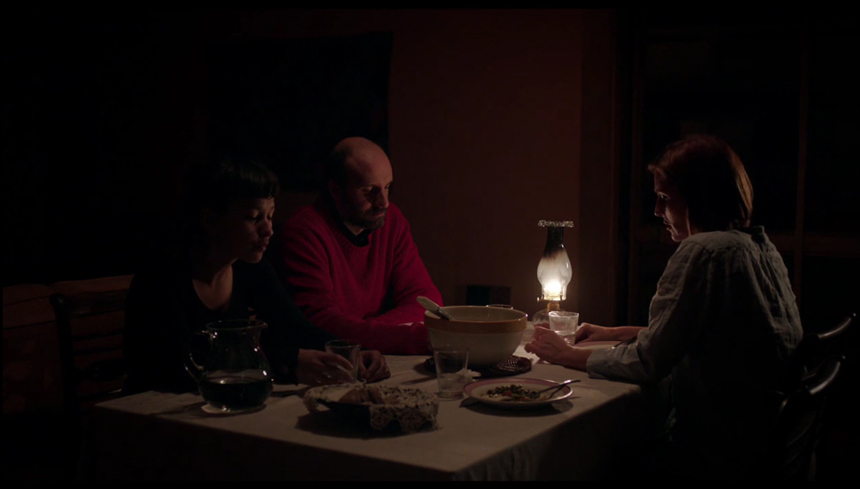 "We are not at war and no one's ill!" shouts Marta (Alice Albergaria Borges), a teen girl in a household disintegrating under the weight of economic hardship in Portugal. She is merely responding to her hard working mom, who announces that Marta and her unemployed father needs to move to grandma's house temporarily because they can't afford the rent or electricity. There is a time in one's lives, like a war or illness in the family which force us to rely on other family members is what mom tells her. Marta's response encapsulates what Colo and its sad characters are about.

Dad (João Pedro Vaz) spends days soliciting job interviews which he never gets responses from. Completely beaten by the circumstances, he is a hull of a human who can't do anything other than sulking. Mom, doing double shift to support her family, is exhausted and irritable all the time. Marta, going through teen years, gets heartbroken by a boy and falls in with a pregnant bad girl classmate Julia (Clara Jost). Everyone in Colo wants a way out of the situation they are in and out of the family.

Teresa Villaverde takes her time to build the characters but at times it seems things are too stretched out, as if we are seeing things in real time. There are several great moments though. No electricity affords some painterly scenes and there are a lot of beautiful connections among characters. Carefully written and sensitively treated, Colo shows the effect of economic devastation on a family. 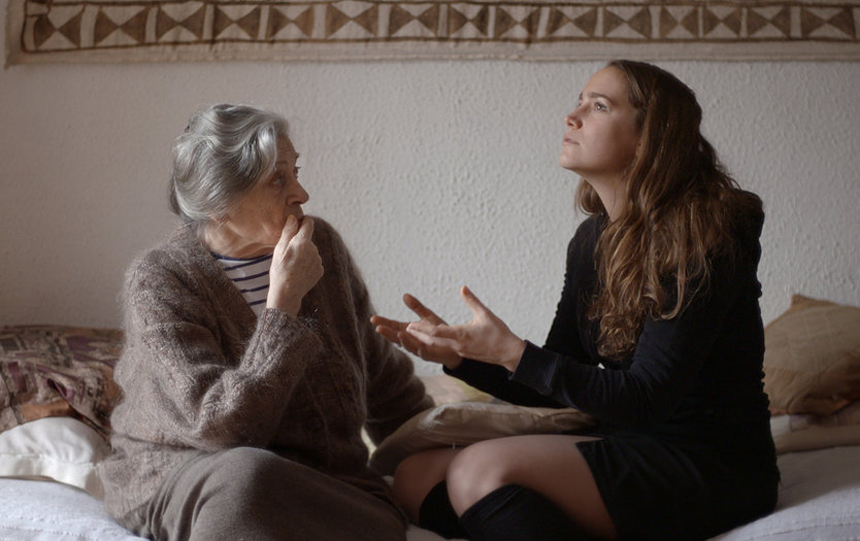 The Lives of Thérèse - Sébastien Lifshits

Sébastien Lifshits shifts his gears toward an old pioneer of LGBT movement in a solemn, unsentimental fashion in The Lives of Thérèse, from his usual beautiful young gay subjects in glitzy style. Thérèse Clerc was one of Lifshits' subjects in his documentary The Invisible Ones (2012) where he chronicled LGBT pioneers. As Clerc is dying of an old age, they mutually decided to record her final moments.

Here Lifshits doesn't reinvent the wheel of documentary or anything. But he approaches his remarkable subject directly with an utmost respect and love.

Clerc, as an activist for women's rights movement and fought for LGBT rights, was a subservient wife with 4 kids who had an awakening in 1968 revolution, divorced her husband, and became a lesbian at 40. The film consists of Clerc's daily routine of conversing with doctors at the hospital, with her grown up children and other friends. Her children talk frankly about their upbringing, their mother's sexuality and her approaching inevitable death. Clerc admits her body failing even though her mind is still the same. She talks with a young feminist about her sexuality- back then, homosexuality was a political act, the act of defiance. The young woman disagrees with her, that in her generation, homosexuality is out in the open, that she can be a feminist and a heterosexual.

The Lives of Thérèse is not as serene as Haneke's Amour. Often Lifshits captures Clerc in closeups as she falls asleep from exhaustion but the camera movement and color are all love. The film much more than a feminist manifesto. It's a celebration of an extraordinary woman who lived her life fully and loving tribute by those who loved and admired her.