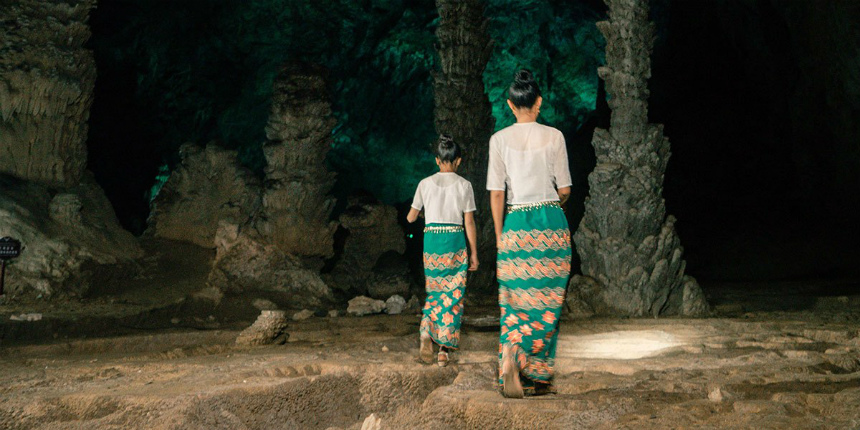 Best known as a frequent collaborator with maverick filmmaker Tsai Ming Liang, Pengfei emerged on the festival circuit in Venice with his solo debut Underground Fragrance in 2015. The young Chinese director tackled a life in the over-crowded capital Beijing as he followed a temporarily blinded apartment scavenger and a pole dancer with higher aspirations living in a subterranean dwelling resembling a ramshackle bunker. Upward mobility, economic migrant workers and poverty crashing the bottom rung of the social ladder were scrutinized in Pengfei's first feature-length directorial outing.

In his sophomore feature, Pengfei trades the monochromatic smog-veiled Chinese capital for a bucolic idyll on the Sino-Burmese border in Yunnan Province. The change of air and transition to a different environment bears on the shift of genre. Moving away from a bleak social-realistic drama, the director embraces a colorful ethno-family drama without compromising on the importance of the central topic.

The Taste of Rice Flower has a thematic tie-up to Underground Fragrance as the maternal bond between the central duo of mother and daughter becomes corroded due to the mother's absence. The story ponders on a common phenomenon of developing countries, where decent job offers are concentrated in cities, thus prompting an outflow of people from under- or un-developed rural areas, leaving their families behind.

The central narrative line sees the mother's attempt to amend the broken relationship after a stint in Shanghai. A necessity in Shanghai is deemed a luxury in the village, contributing to an air of elitism in the eyes of locals as well as in the eyes of her own daughter. Ye Nan (Yan Ze of the Fragrance Underground) returned home also to tame her daughter Nan Hang, who grew unruly and even committed petty crime, although the pettiness of the act is disputable because of the poverty prevailing in the village. While Ye Nan's father, whom she supports besides Nan Hang, kept an eye on her, acting as a guardian, his loose parenting skills have not shaped the growing girl's behaviour; the generation gap does not help, either.

While elements of coming-of-age and family drama intertwine as the mother attempts to reconnect with her daughter, The Taste of Rice Flower touches upon a larger framework, a sense of uprootedness and a place's identity. Ye Nan is of Dai origin, an ethnic minority group -- the director lived for a year within the Dai community preparing the film -- with its own traditions and conventions.

Pengfei unpretentiously demonstrates the results of economic migration. He expands the case, though, on the ongoing transformation of places with indigenous identities that have been molded by rapid technological and economic changes. The established tradition gets invaded by modernity and inevitably shapes the community into more idiosyncratic form. In The Taste of Rice Flower, local kids hang out in front of the temple because that location has the best wi-fi connection.

Nevertheless, the director does not seize the position of moral arbiter. The fact that he lived within the community for the duration of preparing the story illustrates the empathetic approach he embraces in the narrative, as well as the fact that he does not try to exoticize the indigenous community. Pengfei embroiders local folklore, rituals and myths into the story of a mother's attempt to reconcile, without fetishizing it. Instead, he employs those elements to serve the motifs of society in transformation and how a left-behind community left comes to terms with the development around them. Borrowing Tsai Ming Liang´s DoP, Pen-Jung Liao, the film profits from the use of wide lens to capture the lush nature and isolated rural life of the community.

The Taste of Rice Flower feels like a backhanded coming-of-age story. Pengfei's controlled  storytelling, however, proves that a narrative on the intersection of the intimate and the social, traditional and modern values, the exotic and the mundane, low-tech and high-tech, and secular and sacred issues can be tackled without hysteria, melodrama and sentimentality.

Do you feel this content is inappropriate or infringes upon your rights? Click here to report it, or see our DMCA policy.
Pingyao 2017Pingyao Crouching Tiger Hidden Dragon International Film FestivalPeng Fei SongZe YingDrama

More about The Taste of Rice Flower