Review: NOCTURAMA, Bertrand Bonello's Controversial Cinematic Stunt Is Not as Scary as Reality

If the film is a parable of today's chaotic world, it's a weak one. Finnegan Oldfield, Vincent Rottiers, and Manal Issa star. 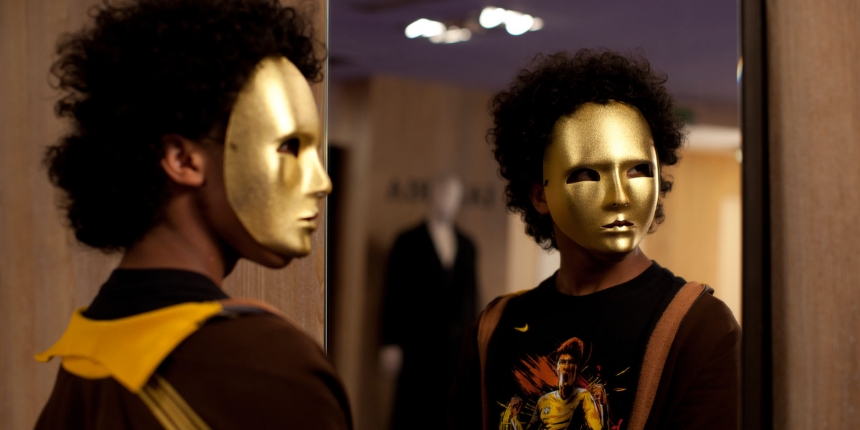 Breakfast Club meets Dawn of the Dead. Bertrand Bonello's controversial cinematic stunt is all looks but little substance. If it's a parable of today's chaotic world, it's a weak one.

The first half of the film plays out like an unbelievably tense espionage thriller, as a group of nameless twenty-something Parisians, including Finnegan Oldfield, recently seen in Bang Gang and Heal the Living, Vincent Rottiers (Dheepan, Renoir), Manal Issa (Parisienne) and others, orchestrate terror attacks and an assassination on political and economical targets all over Paris, including the head of HSBC France, a big glass office building, Ministry of Interior and the gold statue of Jean d'Arc.

This breathless, almost silent sequence with sleek camera movement and multiple actions in real time, shows the emergence of director Bertrand Bonello (House of Tolerance, Saint Laurent) as one of the most provocative, audacious French filmmakers working today.

After most of these young terrorists successfully retreat to their meeting point -- a large, empty luxury department store, as they have to hole up for the night -- the tempo of the film slows down significantly. As these multi-ethnic youngsters wait for their fate, they get antsy. A bit hesitant at first, they try on brand-name clothes from the various stores and dine on wine and gourmet items from the food court and kitchen, while dancing to bad rap and electronica and avoiding the news on the big screen TVs. Are they avoiding their inevitable doom or are they that clueless?

But soon enough, they are glued to the TV screen as their deeds are displayed all over the news. Their celebration quickly turns to reflection and horror with the news of some of their comrades' demise.

Bonnello doesn't give us easy answers and makes characters' motivations obscure; some of them seem to be committed to the anti-capitalist resistance cause, some of them seem to be children playing dress-up for fun. But this is not a group therapy session where everyone discusses their problems and reveals their backgrounds. These bunch are only sketched out in their awkwardness and silences. Even though there are some youths of Arab origin, there are no grand speeches or personal confessions to speak of.

Adele Haenel makes a cameo, to deliver the line Nocturama is built upon, in the middle of the film as a girl on a bike in the middle of the night. Bored David (Oldfield), one of the babyfaced terrorists, sneaks out of the department store to smoke a cigarette, runs into her and talks to her. "It had to happen. And now it did." In the wake of many terror attacks in Europe in recent years, Haenel's statement surely reflects the mood and tension of not just France, but the whole European continent. It's the anger and frustrations being bottled up, not only in immigrants but every single Parisian, as Bonello implies here.

Then again, Nocturama is abashedly entertaining, sleek moviemaking. With Nocturama, Bonello might be reflecting the bottled up anger of young people in the chaotic world which they inherited, blowing off steam. But I wish it were that simple. Because we all know that the world we are living in now is a much darker and much more sinister place, unfortunately.

Nocturama opens at New York's Metrograph and FSLC on August 11. In conjunction with the US theatrical premiere of the film, FSLC also presents Deeper into Nocturama, where Bonello selects a handful of films that influenced him while making Nocturama.