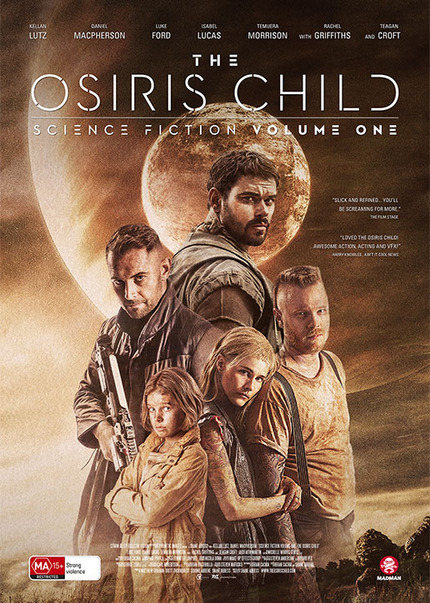 There's an obvious love for old school pulp serials on display in Shane Abbess' scifi spectacle The Osiris Child: Science Fiction Volume One. The title itself is a deliberate nod to old dime store adventure novels and that anything goes aesthetic is very much on display in the way Abbess fuses new school VFX with old school practical creature effects.

Set in the future in a time of interplanetary colonisation, Sy (Kellan Lutz), a mysterious drifter, meets Kane (Daniel MacPherson), a lieutenant working for an off-world military contractor, EXOR.

The unlikely pair must work together to rescue Kane’s young daughter (Teagan Croft) and reach safety amid an impending global crisis which was brought on by EXOR itself. Teaming up with a pair of renegades (Luke Ford and Isabel Lucas), Kane and Sy clash with EXOR in an attempt to escape while battling the savage creatures that roam the barren planet.

With the Australian release of the film just around the corner - and international releases following later this year - the first theatrical trailer has arrived online from Aussie distributor Madman. Get a taste below!

[Yep, that's an XYZ Films logo on the trailer and, yep, that means I had some tangential involvement in this one as XYZ served as international sales agents for it. So, you know, full disclosure, etc etc.]

More about Science Fiction Volume One: The Osiris Child