Destroy All Monsters: IRON FIST Doesn't Just Suck, It Sucks the Rest of the Marvel Television Universe Down With It 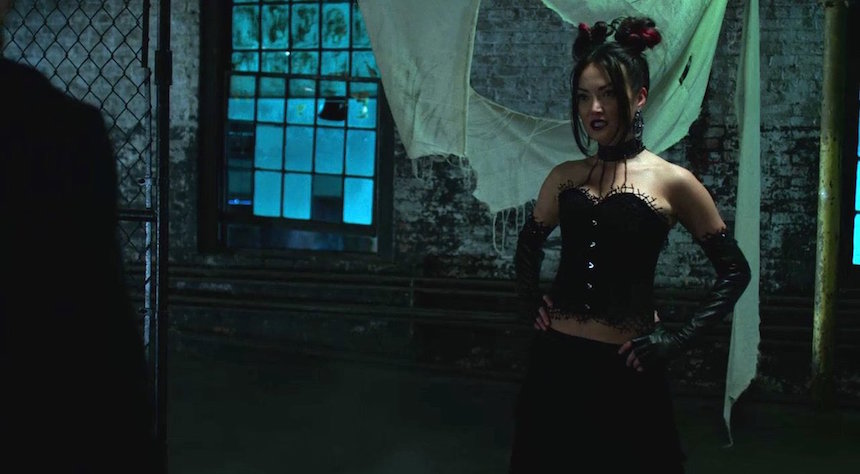 Iron Fist isn't just the worst thing in Marvel's nearly-ten-year MCU arsenal; it's indeed one of those rarest of pop cultural entities, an outright creative disaster. It can be used as a teaching case in universities for everything from film classes to project management: just because A was successful (and B, and C, and D in Marvel's case), doesn't mean whatever you do next will be.

Iron Fist, starring the hopelessly miscast Finn Jones in the title role, behaves as though it smelled the Orientalism controversy coming and decided to lean into the punch. Where Doctor Strange contained, at least, notions of white privilege as it applies to its overall white saviour framework, Iron Fist doesn't seem to know that those notions are there, or could be there (or could make the show better by being there).

It indeed casts a white man as a traditionally-white character in Marvel's '70s kung fu comic, and buffs up that decision by casting a white man who must be the single least convincing action lead I've ever seen on a screen, anywhere. And it surrounds all this with overall storytelling and production value so unrelentingly pisspoor that they begin to serve as a kind of mediocrity cloaking device.

You've gotta work pretty hard to make an Iron Fist show where the problematic racial elements are just as bad as everyone feared, and yet aren't actually the worst thing going on. Off a guess, I'd say the series' mission statement was: "Let's see what happens when we make a series built around a lead character who is a colossal asshole in an unwavering state of chaos, who doesn't know it, never finds out about it, and never changes it." I'm all for the unsympathetic protagonists, but Breaking Bad, this ain't.

Marvel is teeing up for a big year at the movies (Guardians 2, the new Spider-Man, and a Thor movie that even non-Thor people are keyed up to see) and, perhaps, a less than stellar year on television. Iron Fist showrunner Scott Buck is beavering away on The Inhumans for this fall, a series that is already a downgrade from a feature film project and which covers ground better handled elsewhere already. The Defenders is on its way, but between last year's flawed-but-worthy offerings (Daredevil season 2; Luke Cage) and this Iron Fist mess, I'm mostly looking forward to it as an opportunity to spend some more time with Jessica Jones (and Sigourney Weaver).

Surprising everyone including myself, Agents of S.H.I.E.L.D. is in the middle of its best season yet, but now feels so divorced from the rest of the MCU that it scarcely seems to matter. It got walled off back when it was the worst thing Marvel had done, and is doing just fine.

Iron Fist, by dint of being the anchor leg of the Defenders project, doesn't have that luxury. Whether its failures will torpedo The Defenders remains to be seen, but watching the series, I was more amazed (and disappointed) by how quickly and effectively it rubbed the shine off its preceding series as well.

Look, I'm a big booster overall for both seasons of Daredevil and for Jessica Jones, and think that Luke Cage gets off to a great start. Iron Fist's mess spills over onto them, though. The latest series takes a can of pink spray paint to the shoddy workmanship of its predecessors.

Daredevil, Jessica Jones and Luke Cage each, in their way, felt like Marvel pushing the boundaries of the established House Style. Iron Fist makes the quadruped feel more like what it is: bargain basement stories married to low-rent production values and dangled before an audience long since presumed to be "captive." It feels, disappointingly, like it was true all along. This was just the one where the seams burst, the illusion no longer able to carry the flimsiness of the construction.

It takes a pathological kind of creative bankruptcy to take a franchise that is, by any rational analysis, a kung fu movie, and strait-jacket it into the established Defenders universe visual language without even the courtesy nods towards stylistic innovation that marked the first couple episodes of Jessica Jones and Luke Cage. This is some cheap, cheap chicken.

The average issue of Ed Brubaker, Matt Fraction and David Aja's run on The Immortal Iron Fist had more kinetic imagery on the page (pages which do not, last I checked, actually move) than any given fight scene in Iron Fist. None of the season's directors seem to want to make even token efforts to stretch the resources they've been given to arrive at something even slightly more artful and daring than what the terrible scripts have given them. Even RZA, who really ought to know better, is brought in to direct the season's only "tournament" style episode and never finds a moment of wuxia grace in any of it.

I give Netflix maximum kudos for their push towards house-owned content and the speed and effectiveness with which they've gotten there. The more entries like Iron Fist show up, though, the more it starts to make the entire Netflix-style 13-episode binge series feel mightily threadbare.

If everyone knows that the middle third of a Netflix season is going to be wild-goose-chase plotting, why are those episodes there? Would subscriptions actually dip if Iron Fist was 8 episodes, or 6, or a TV movie? Would a single viewer notice or care if the Meachums - Ward, June, and Faramir - weren't in Iron Fist at all? I doubt it. They're padding, wandering around on two legs apiece.

Just as the visual blandness of Iron Fist shows the limitations of its sister series, the proscribed run of episodes shows how haphazardly arbitrary the 13-episode order actually is. It's based on a model of network television to which Netflix has literally never been beholden. If the studio is the only one with the balls to bank Scorsese's next movie, might they also have the balls to find a television creator and ask him or her what the natural extent of their storytelling frame is? Are audiences still this dim-witted, that they think they're being duped if they don't see more episode titles in their queue than they have room on the screen?

I've written before about the dangers of pipeline content, where every new show or movie is just streaming media to eventually be sent down the digital delivery pipes regardless of shape, size, or colour. Iron Fist feels like the grey paste that comes out of that pipe when no one cares what's being delivered any more, so long as something is being delivered.

If this is television's new "golden age," studios are going to tailor the medium to the content, not the other way around. The flexibility is there, and the field is wide open. Television is an embarrassment of riches right now - why would anyone waste their time with Iron Fist?