Lukas Rinner uses austere aesthetics and deadpan humour to give a message. 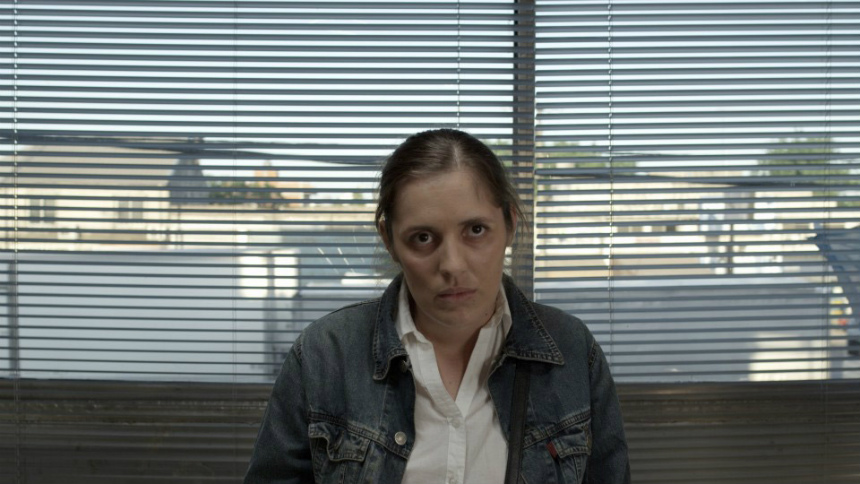 Lukas Valenta Rinner is an Austrian in Argentine, an emerging talent who studied film in Buenos Aires and set up an Austrian-Argentine production company. Last year, he broke onto the arthouse scene and drew attention due to his peculiar style that combined the droll, deadpan and absurd. Parabellum (read the review), which world-premiered in Rotterdam´s main competition, grasps amusingly a doomsday scare in a story of the middle class enrolling into survivalist training. Rinner shares the writing credit with Ana Godoy and Esteban Prado, and shot the film in economy mode, appropriately minimalistic and deadpan.

His recent follow-up, A Decent Woman (Los Decentes), materialized a year after his feature-length outing through the Jeonju Digital Project (as a South Korean, Austrian and Argentinian co-production), the platform that also saved Pálfi´s Free Fall (read the review). Although Rinner re-examines the stupefying limbo of inherently disintegrating middle class, the main arc unfolds merely as a rite of enlightenment.

A fixed camera observes a series of applicants for the position of a maid, including the lackluster Belén, the film´s protagonist. After a moment, a legion of maids is herded off to a fenced property to pass a security check. They will serve in a secluded and gated community resembling a simulacrum of suburbs surgically cut off from the rest of the society.

Belén´s new temporary home inhabits a rich single mother unhealthily fixed on her only son with whom she shares the household, a selfish spoiled adult brat interested only in tennis and his upcoming tournament. The house´s fancy facade hides a deeply dysfunctional family relationship. The mother even calls the maid to keep her company when she feels lonesome to watch old family videos for a spark of warm nostalgia. Belén´s time on the property follows a dull routine as she tends to daily chores while developing an (impotent) relationship with a local security guard.

The isolationism of the cloistered community has an air of élitism, a class of wealthy citizens congregating in their own private safe haven, aseptic and meticulously organized. The upper middle-class portrait tilts toward a caricature in a scornful depiction of hollow lives packed with luxury and materialism. Since Belén remains the main protagonist throughout the film, Rinner employs Belén´s incidental glances and minor incidents to peek behind the hypocritical veil of her bread-givers, certainly a synecdoche for a wide-spread social malaise.

Coming from the lower rungs of the social ladder and after witnessing the theater of upper-class despair and hopelessness, she senses the comfort of middle-class and materialism is not the portal to happiness nor a route towards brighter tomorrows, whatever that may be. Mysteriously attracted to a nearby camp, like a moth drawn to a naked flame, she enters a company of unfazed nudists and swingers, first as an intruder, then as an accomplice, after a reverie leading to a re-awakening from a straightjacket of mundane apathy.

Rinner takes the road of naked confrontation, building a communal utopia absolved from class differences and glued by a mutual sympathy or altruism. The construct of a tribal-like society bears similarities to archaic-biblical paradise. The fierce individualism of clothed suburban and consumerist society is countered by nude embrace. The director stages the act of inclusion as a ritual in a symbolically-pregnant scene, firstly of self-acceptance, one´s nudity in a born-again-like moment materialized in a witty visual reference to Botticelli´s The Birth of Venus. After Belén accepts her own exposed body, her new self, clothesless strangers accept her among them. By choosing a new lifestyle, she appropriates a new worldview.

Rinner orchestrates A Decent Woman in a rather self-explanatory composition - clothed versus nude- not really a semiotic riddle nor on-the-nose social critique despite pitting private property in juxtaposition to a commune paradise. And not exactly a Zizekian homily, however the director operates the narrative mode predominantly in the showing regime as opposed to telling. The performances, directing, settings and cinematography matter more than the screenwriting while Rinner, as in Parabellum, demonstrates a penchant for neatly constructed images. Shedding the private property as an obsolete wardrobe and liberating from the frigid clutch of reality, capitalistic, materialistic or however deformed, revitalizes Belén´s spirit. After the initial blush, she blossoms and her body, along with a somewhat repressed sexuality, becomes the testament to her newly-acquired experience.

Frustration from the current state of affairs, most notably the ever-widening gap between the clique of wealthy and the surviving rest of the world, become a fodder not only for news outlets but cinema as well. Nevertheless, Rinner does not step on the well-trodden path of poverty porn emerging recently in high numbers, an understandable manifestation not pertaining anymore to just underdeveloped regions. Austrian filmmaker Daniel Hoesl staged a caustic satire of the monstrosity of cyber-capitalism in WINWIN, whereas Ralitza Petrova delivered an exquisitely haunting drama about a malignant tumor in society, corruption in Godless (read the review). Rinner does not slip into a radical pillory Hoesl put on and sticks to the style of lightly absurdness and drollness, a distance that does not render the film in messianic hues but rather elegantly slides on the smooth surface of satire crowned by an anarchistic (a tendency Rinner shares with his fellow-countryman Hoesl) climax scene. The humorous, i.e. caricature-like aura steers the general experience from staring into the abyss of hopelessness, as in the case of Ralitza Petrova, thus avoiding a roller-coaster of total misery.

Austrian-born and Argentine-based Lukas Valenta Rinner bridges both continents and two different cinemas in a single stroke of marrying European formalism to Latin American temperament. As if standing on a crossroad forking to Ulrich Seidl and Roy Andersson, Seidl´s image design echoes in Rinner´s fixed (rarely using a tracking shot) and premediated observational composition hiding buried traces to Dog Days underneath. Several scenes remind us of Andersson´s sketch-like set-up in addition to his unmistakable deadpan directorial style, the awkwardness and bewilderment of protagonists in front of the absurdness of life, applying mostly to Belén.

Unlike Andersson´s restricted color scheme and trademarked pale make-up, Rinner´s palette consists of earthly tones accentuating not only Latin American temperament, but more importantly, sensuality, the element that certainly does not appear in either works of the masters of the European cinema. The schism between the two continents and eventually perspectives emerges most visibly on the standpoint. While existential limbo becomes more significant for the European filmmakers, Rinner springs up with less contemplative and more pragmatic, all in all a corporeal (there is a nod to Seidlean variety of body forms and shapes) solution, spared of any obscenity and accentuating the more naturalistic nature of affairs and instincts (Tantra workshops becomes a part of Belén´s new worldview).

The austere aesthetics and deadpan style belong to the signature style inventory of the Austro-Argentinian filmmaker, however Rinner excels in short form delivery. His scenes pack more than just a visual pun. Besides The Birth of Venus, and surely some of The Origin of the World, spot-checks can be made along the way. One especially telling scene emerges in the commune where participants of an inevitable bang-gang dress up (or better to say use make-up) as animals. What initially looks like a non-sequitor and non-sense intermission for the sake of non-sense possesses a deeper meaning, not only referring to the animality of human sexuality but a more culturally and geographically anchored notion of a carnival as a celebration of social unity and human body alike.