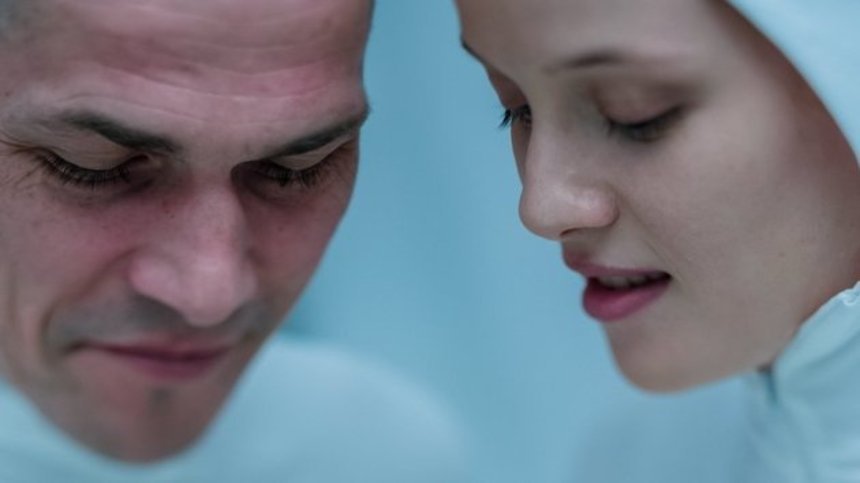 Gyorgy Palfi is one of the most interesting Hungarian filmmakers of the present day cinema. Starting with the experimental Hukkle, full recognition for Pálfi came with Taxidermia, a generational family drama on obsession, which impressively carved that story into the symbolic routes of Hungary's journey from feudalism to capitalism. In talking about Taxidermia, calling the film unusual would be an understatement, as it encompasses many more subjects which are delivered with bravado and an unrivalled style. Palfi's next features, I Am Not Your Friend and Ladies and Gentlemen: Final Cut did not leave the director standing in his own shadow, yet the situation of state funding in Hungary prevented him to from working on more salient and memorable works. However, the Jeonju International Film Festival took a dauntless decision to galvanize Palfi's career by kick-starting his project, the lyrically titled Free Fall. Thanks to the South Korean festival, the necessary funding was secured in due time and the film has seen the light of day.
The opening sequence of Free Fall is a petty quarrel between two elderly pensioners over some mint tea, that results in one old lady's suicidal plunge from top of a tower block. Her rough landing alive, and the subsequent collecting of broken glasses merges absurd, darkly amusing and poignant tones, which gives way to the satire on contemporary society that the film is to become. What starts as a sketch spontaneously evolves into a properly structured, well-layered and condensed observation on the peculiarity of life. Old Aunties´ (prolific Hungarian actress Piroska Molnar) seemingly desperate act winds up paradoxically a jump for life, the agonizing need of being reborn entangled by the cold algorithm of her current life. Her Sisyphean and arduous ascent back to her apartment (the hilariousness of the situation is further evident with an out of order elevator), frames Palfi's ensuing cabaret of life.
As we go from there Free Fall breaks off from the elderly lady's ascent up the stairs and to seven segments of self-contained narratives happening in other apartments she passes along the way. Each one of these is voyeuristic by nature, unsealed by intimate zooms onto closed doors, a chapter separator, waiting to burst into another act of a tragicomedy. Even though the director uses satire and caricature as his main working tools, the methods are more subtle and sophisticated. Palfi's well paced microspectacles modestly reach symbolic heights without losing a single grain of wit. 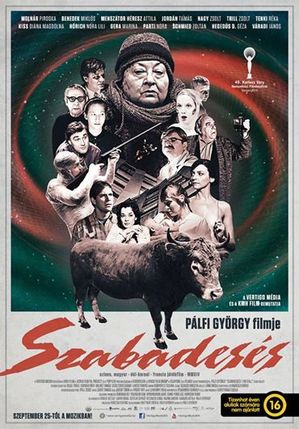 Palfi eschews any direct pilloring or mockery despite many rewarding opportunities and ad absurdum situations. Free Fall, acting as a closeted morality tale, is based on well observed and ingenious aphorisms coated in chaste albeit darker surrealism. To support his seven stories the Hungarian maestro does not strain to reach for a few genre bricks, but instead effortlessly plucks from romance and horror, and an unanticipated coupling of sci-fi and sitcom. In this way the film works in a similar vein to Leos Carax´s Holly Motors.
One story depicts a typical household, with a wife and her little son waiting for the head of the family at the dinner table. The father refuses to acknowledge, or simply cannot fathom that his offspring is terrified by the presence of a curious ox (an amusing and eerie riff on the elephant-in-the- room idiom). The father loses his temper while the son struggles with this ominous companionship. Palfi focuses on the core of this absurd conflict, leaving the motifs of characters to be deciphered by viewers, which keeps a certain tension of ambivalence throughout.

The same goes for a posh reunion where the hostess is bare naked except for an indistinct purse. A largely male group fails to recognize the "sexy" elephant in the room, which conjures a giant question mark over the objectification of women and the infamous male gaze. One of the more (maybe the most) provoking episodes features a reverse childbirth cloaked in a subversive charm which is the epitome of Palfi's signature style.
Despite such scenarios Free Fall shies away from radical transgression and the abject nature of its spiritual predecessor, Taxidermia. The film migrates from the realm of the corporeal to a mental one, bouncing against and through the delicate boundaries of what is considered to be normal. The beauty of the film sprouts from Palfi's minimalistic approach, which begs viewers to fill the blank spaces of his protagonists' motivation. What's more is that this omnibus doesn't lag behind Taxidermia's inherently weird shock nature. Free Fall certainly reaches that film's daedal standards, and at certain points even surpasses it due to its more universal nature.
Tweet Post Submit

Do you feel this content is inappropriate or infringes upon your rights? Click here to report it, or see our DMCA policy.
Free FallGyörgi PálfiHungaryKarlovy VarySatireSurrealTaxidermia