HEADSHOT: Iko Uwais Takes A Pounding In New US Trailer 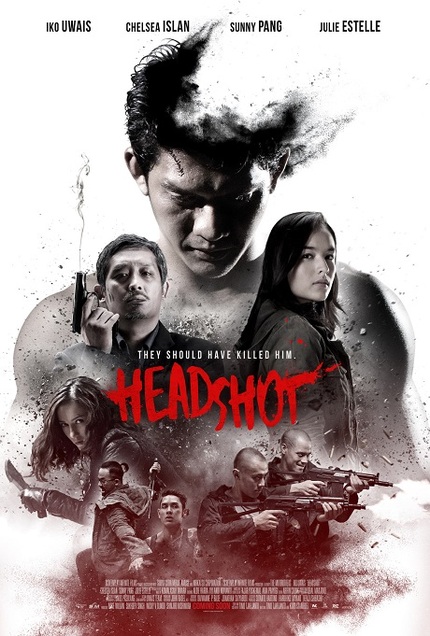 Already released in its native Indonesia The Mo Brothers' high octane martial arts picture Headshot - with The Raid star Iko Uwais - rolls out around the world on March 3rd and you know what that means? That means new trailer. New trailer packed to the gills with action, action and more action.

HEADSHOT centers on a mysterious young man who, after months in a coma from a gunshot wound to the head, is nursed back to health by a young student-doctor, Ailin. Realizing that the man has lost his memory and identity, the two quickly grow closer, not realizing that behind their momentary peace lays danger. Soon their lives collide with a gang of dangerous criminals led by an enigmatic crime lord—and with every violent confrontation, his memory brings him closer to a dark truth as the lethal personality awakening within him starts to reveal who he really is.

As gonzo as this new trailer is (which is very) the craziest bit about it is anyone who has seen the movie will tell you there is absolutely none of the big stuff in here. These are the small bits. Just a taster of what's to come. Check it out below!