Ard Vijn
Editor, Europe; Rotterdam, The Netherlands (@ardvark23)
Tweet Post Submit
Fifteen years ago, Richard Kelly's Donnie Darko arrived in cinemas, and it was a blast. An unconventional story with strong science fiction elements, rooted in actual quantum physics, and trusting the audience to be happy to be bamboozled? That's pretty special. It also revived careers and introduced us to Jake Gyllenhaal, who has as of late blossomed into something of a blind-buy, based on his ridiculously great choices of roles over the past three years.

A cult title worthy of the title "cult title", it should come as no surprise that someone would at some point release a pretty spiffy edition on Blu-ray. Cue Arrow to do exactly that, with a box which included the film both in its theatrical version and its (in my opinion inferior) Director's Cut, and a slew of on-disc extras; commentaries, documentaries, interviews, the works!

But this article is about packaging, and that aspect has not been forgotten by Arrow. Following the tagline of "Darker, Darkest, Darko" which was used in many territories, Arrow has given Donnie Darko a black box of presents. Here is a gallery of shots. Click on the edge of the pictures to scroll through them, or at the center of each to see a bigger version! 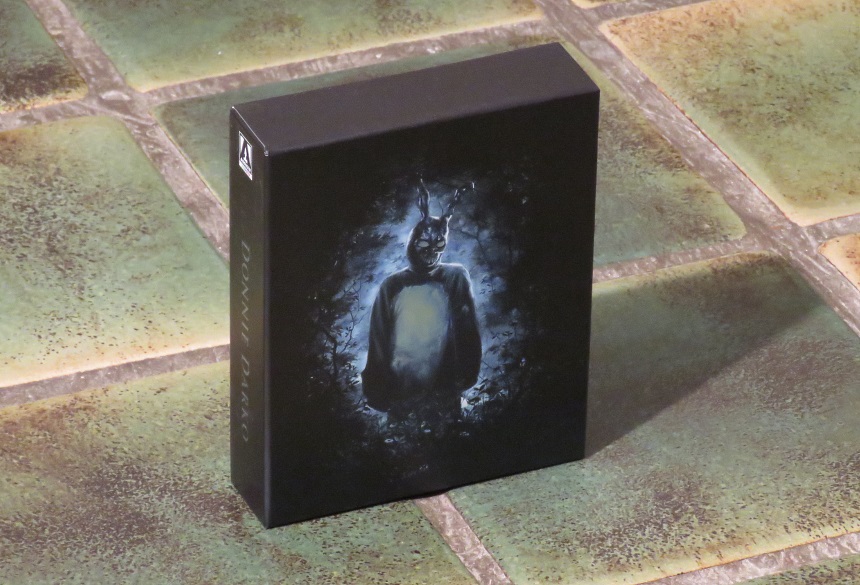 Here it is: a big black box. 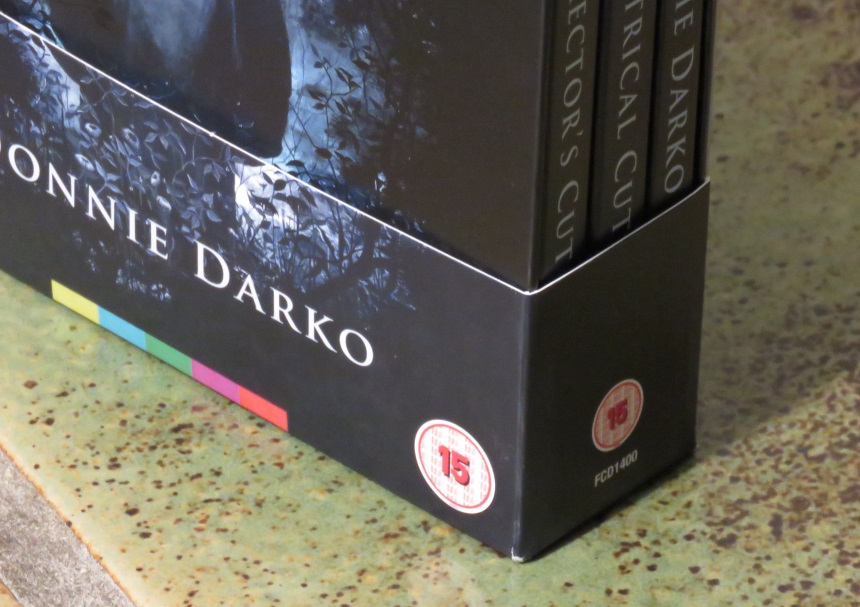 The box comes with a slipcase, thankfully putting all of the BBFC markings on a disposable bit. Can we make this an industry standard, please? 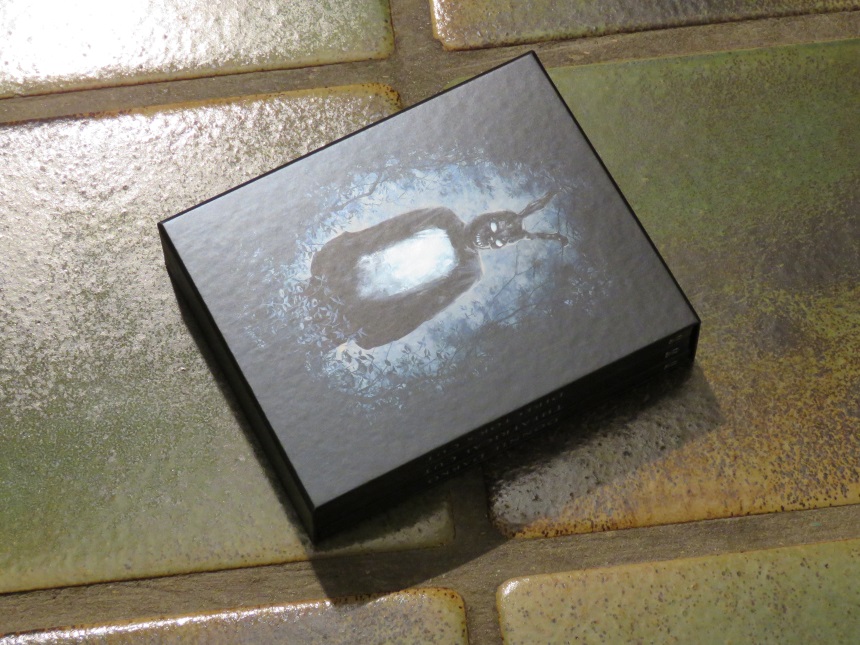 The box is just slightly silvery, making the bunny's mask glow disconcertingly under the right lighting. 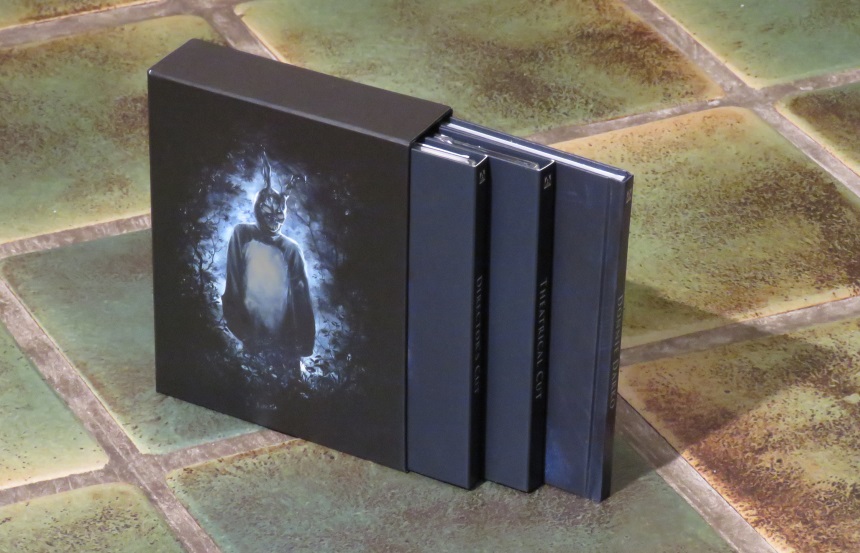 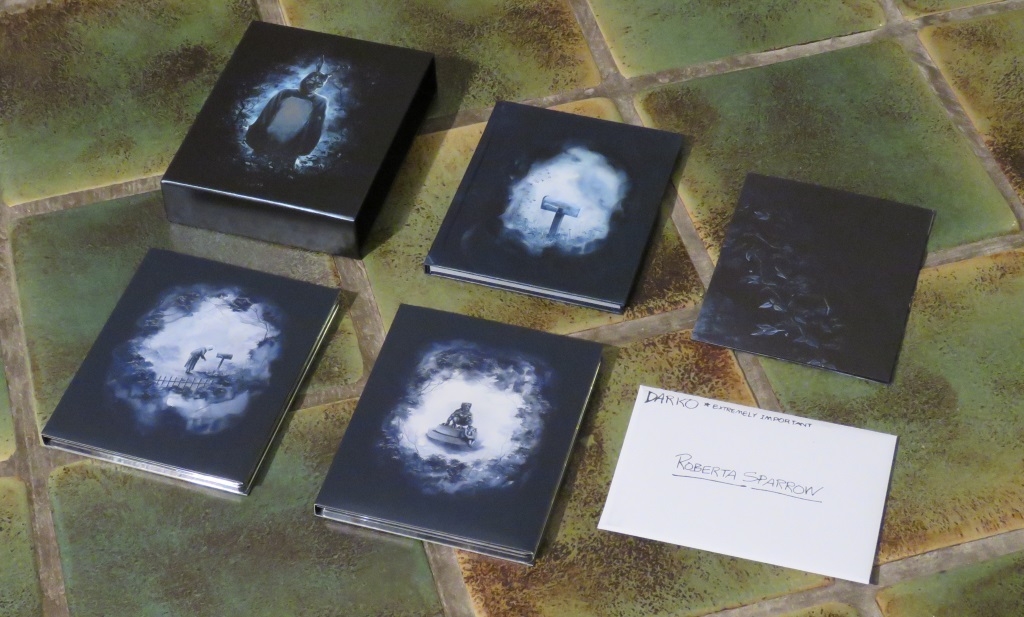 All the contents displayed: apart from the discs, the digipaks have a poster and an envelope with art cards in them. 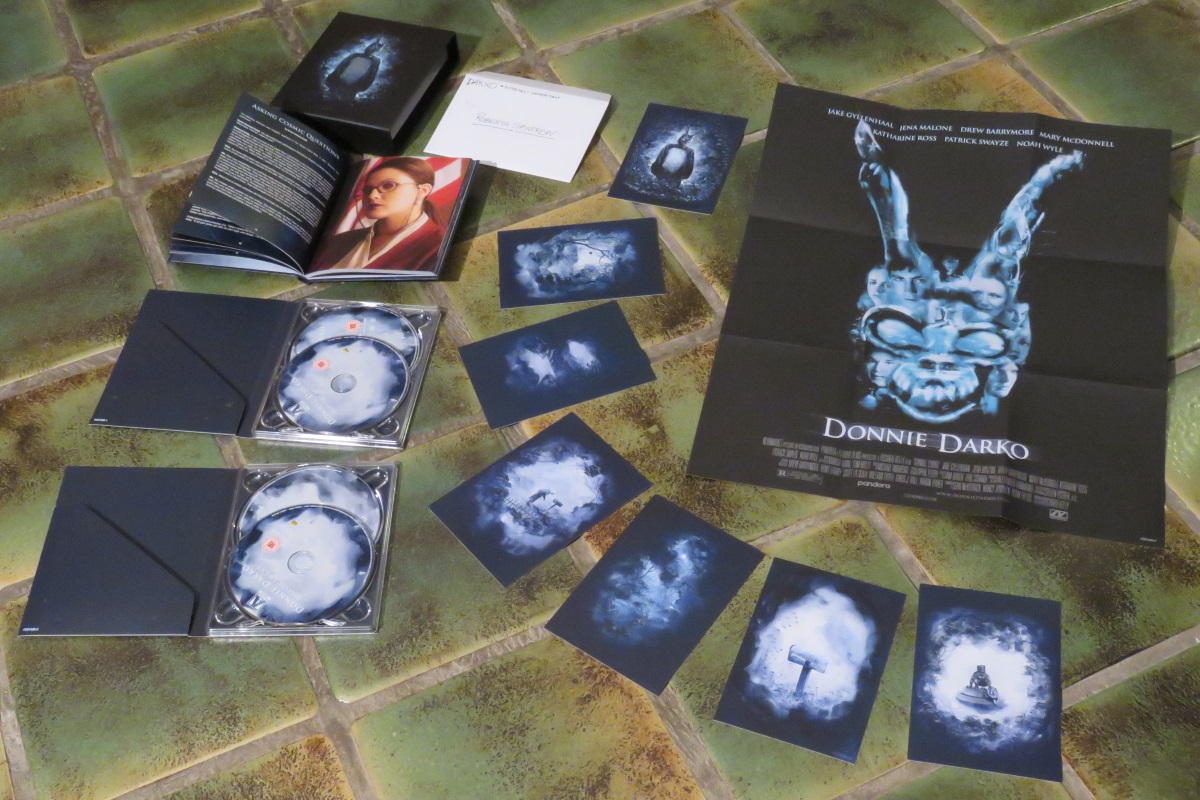 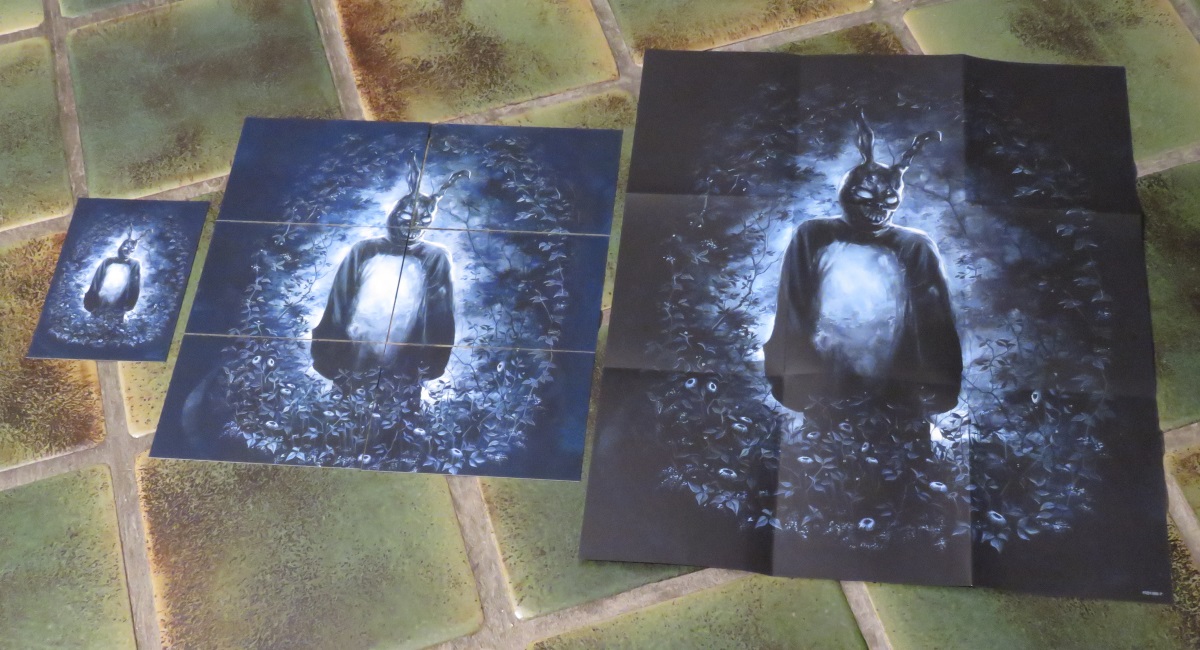 The poster and cards are reversible, and...
...ehm, it's safe to say Arrow likes this design. 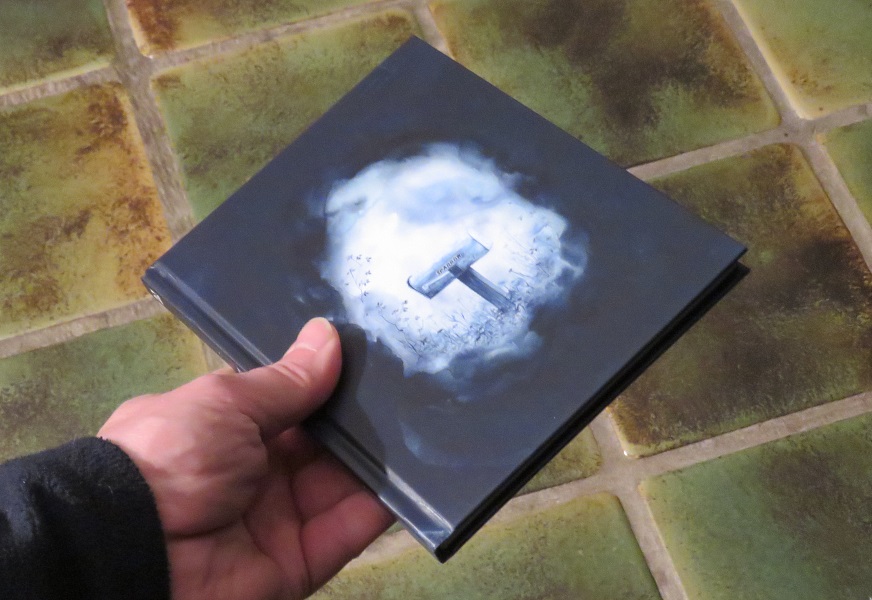 Here is the booklet. It is a hardcover one, and at 90 pages it's pretty damn decent.

Inside, it's chock full of articles and essays. Most of it is text, and with so many of it it's actually a great extra! For designs and such you can watch the documentaries on the discs, but this booklet puts the emphasis on the film's ideas, themes and the eventual impact it had on everyone's careers. 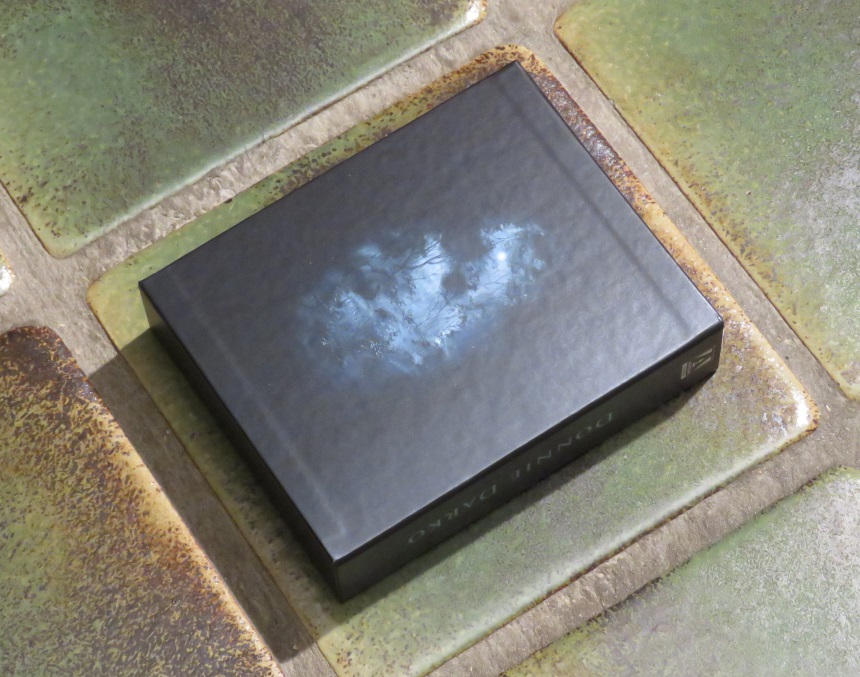 The (back)end, as black as the rest of the box.
A great set!