Destroy All Monsters: We're Bad At Confronting News Like The Bertolucci News 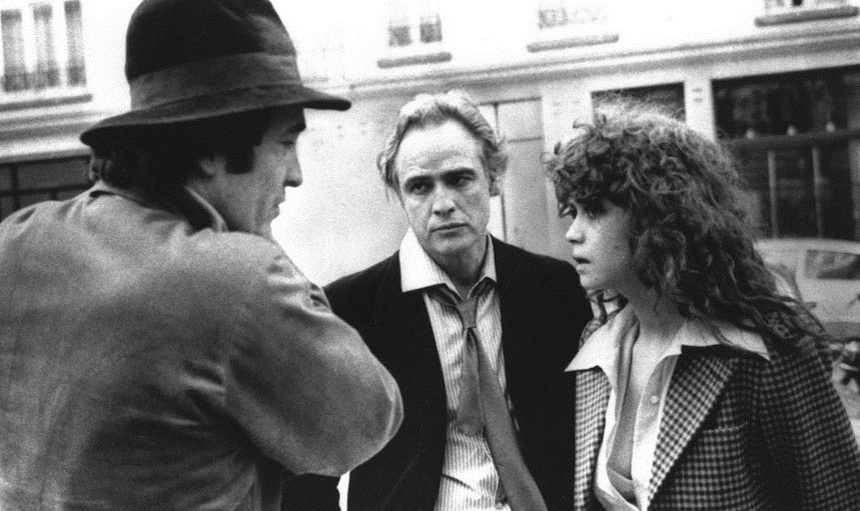 On the weekend one of my listeners jumped on the comment thread for my latest podcast episode to voice his disgust at the news that Bernardo Bertolucci had conspired with Marlon Brando to rape Maria Schneider for a scene in Last Tango in Paris. He went on to say that at least Hollywood and the European filmmaking community have progressed away from those sorts of practices in the last forty years.

(As many have noted, this admission by Bertolucci is only "news" if you discount Maria Schneider's own characterization of the event. Additionally, Bertolucci has subsequently clarified his comments, proposing that it was the use of butter in the sequence, not the rape itself, that was not cleared with Schneider prior to filming.)

I do not know if Hollywood and Europe have indeed progressed away from this kind of permissibility in that time - I hope so, but I doubt it. When we look at how we interpret things like Donald Trump's taped conversations regarding sexual permissiveness in The Apprentice era, or recall the omnipresent allegations against film-a-year director Woody Allen and the phalanx of charges against Bill Cosby, we might infer that very little has changed. Add the assault charges against the likes of Johnny Depp and Casey Affleck, and umpteen others besides, and it's becoming harder and harder to see men like Marlon Brando and Bernardo Bertolucci as single-case exceptions.

It's the reasoning behind the hope that Bertolucci and Brando couldn't do such a thing today, however, that gives me pause. Certainly, it's easier to wall off a certain type of criminality behind the buffer of time - sure, Alejandro Jodorowsky is on the record in his book on the making of the film as having raped Mara Lorenzo while making El Topo -- though he later denied it -- but nowadays he's just that hilarious old kook from Jodorowsky's Dune! - but the urge to make these things easy (on us) is pathologically narcissistic. And it comes from a single, greedy, entitled place:

In a decade where all we seem to care about at all are the identity markers we define ourselves by, of course the suggestion that the purveyors of one or more of the films we like is, of course, perceived as threatening, or more charitably, disturbing. (For my part: I was one of the biggest Pirates of the Caribbean fans around. I can't even look at that alleged wife-beating motherfucker anymore, and it has nothing to do with Mortdecai or his bullshit cameo in Fantastic Beasts and Where To Find Them.)

We seem to be getting more and more up in arms about our rights and freedoms to have things and do things exactly the way we want, which is where the issue of sexual assault in the arts - the old "can I embrace the art but not the artist" question - really runs aground. Here's why:

None of us have any rights when it comes to movies. We have the privilege of watching them, but that's it.

Making a movie would fall under the category of rights if, say, your government arrested you for making a movie while that same government was operating under a legal provision such as the First Amendment. But that's about it. Movies are not a right, they're a privilege. Our need to like them and to like ourselves for liking them does not matter one single bit. That we might even consider otherwise is the very definition of privilege.

As I mentioned above, I find the exceptionality of people like the alleged assailants listed above, and all the rest, to be highly unlikely. Now that the conversation around consent and sexual assault is very much a part of the mainstream, and even though it may take decades before we see the needle really move on the behaviours themselves, it is very likely that we will spend quite a bit of the next little while learning about a whole host of other content creators who are guilty of greater, lesser, or equal crimes.

Anyone who wants to fold up their tent and go home at this point is, of course, well within their rights (there's that word again) to do so. Particularly, for survivors of assault, the preponderance of major media personalities who are accused of similar crimes is going to be recursively triggering.

For the rest of us, though, I'd suggest that the answer remains an obligation, not to avoid content by potentially criminal creators, but to begin an even more rigorous interrogation of a popular culture made in part or in whole by people guilty of these crimes. Rape culture didn't just spring up out of the ground like a mole; it's the invested outcome of centuries of normalized behaviour, which then both creates and protects its next generations of standard-bearers - not just the people who commit the crimes, but any of the rest of us who, to any degree whatsoever, recontextualize, downplay, or ignore those crimes.

The self-protective impulse on the part of the audience will have to stop. At its heart is a very understandable fear: what does accepting or enjoying this art say about me? It's better, though, to admit that what it says is equally understandable, and much more important: that we are part of the culture that created these crimes, and are as much a part of what comes next as anyone else.

Do you feel this content is inappropriate or infringes upon your rights? Click here to report it, or see our DMCA policy.
Bernardo BertolucciMarlon Brandorape culture