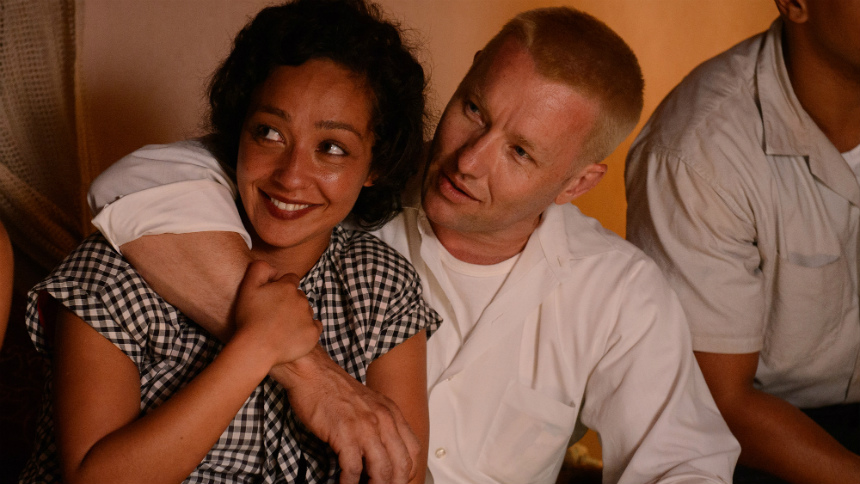 There may be no more subtle, beautiful and accomplished film this year than Jeff Nichols' Loving.

There might also be no film more in need of help being championed, a work surely going to be stampeded in a year where more brash, loud and bombastic films will take all the attention away. Nothing against those works, many of which are quite fine, but in so very many ways Loving is a masterpiece, full stop, one that deserves a far wider audience than I fear it will receive.

Jeff Nichols has been steadily turning out films that prove to be fascinating contributions to the cinematic landscape. From Mud through Take Shelter and this year's Midnight Special, he's used his not-so-secret weapon (Michael Shannon) to create complex, riveting portrayals that show heightened reality.

With Loving, Nichols has dialed the intensity down to a slow, quiet burn, making his gifts as a filmmaker even more acute. The story of a couple in Virginia who committed the crime of falling in love despite their different racial backgrounds is told as quietly as a murmur, as powerfully and lyrically as an epic poem. It's a film whose tonality matches the affections of its leads, never even hinting at histrionics or cinematic bravado.

Based in part on Nancy Buirski's 2011 documentary The Loving Story, the film revolves around Mildred (Ruth Negga) and Richard (Joel Edgerton) and how their relationship inadvertently became the stuff of political and legal fodder. Marton Csokas plays a stalwart sheriff free from the overt pandering of such roles, but one still committed to upholding the laws on the books. Nick Kroll plays a young ACLU lawyer in over his head, whose commitment to justice is at times hampered by seeing the Lovings as case precedent rather than human beings. 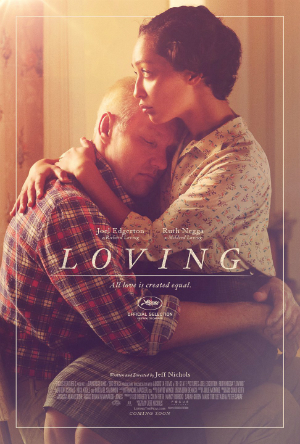 Then there's Shannon, whose brief appearance as a Life Magazine photographer is a wonderful cameo, lifting that scene with a quiet fortitude only matched by the sweetness of the couple that he's photographing.

The film is no hagiography, nor is it didactic and dry. It uses its form to articulately beautifully the content, that the affection between two people is only poisoned by those that wish to interfere. A hurricane may surround them, but for these two individuals the goal isn't to change the law or the world, but simply to be left in piece to snuggle on a couch without prejudice or interference.

The echoes of the case resonate decades later, as civil rights continue to be fought for. Some five decades on, the story feels both ancient and present, as we cannot comprehend the vile restrictions of one group while others continue to fight for their own recognition.

For the entire film I sat poised, waiting for it to devolve into some Kevin Costner-style courtroom bash, with bold proclamations about liberty accompanied by a sweeping orchestral theme. That film could be made, and Nichols has admitted that much. Yet, blessedly, this is not that film. This is one where the members of the U.S. Supreme Court are blurred out, where their actual disembodied voices call upon the lawyers, with the ramifications of the case on point rather than the machinations of the brash lawyers.

There may be no film more important this year, no performances more moving, no film more beautifully and poetically directed than Loving. It's a film of true splendour, patience and loveliness, a showcase of tremendous direction and performance that deserves to be the part of any serious discussion of this year's great films.

Review originally published during the Cannes Film Festival in May 2016. The film opens in select theaters in the U.S. on Friday, November 4, via Focus Features.

Do you feel this content is inappropriate or infringes upon your rights? Click here to report it, or see our DMCA policy.
Jeff NicholsJoel EdgertonMildred LovingRichard LovingRuth NeggaUS Supreme Court