Ard Vijn
Editor, Europe; Rotterdam, The Netherlands (@ardvark23)
Tweet Post Submit
(is it a Criterion? Is it a Eureka MoC? No, it's...Arrow Academy again!)

Blimey, the good people of Arrow Academy are on a roll this year, what with their release of Kobayashi Masaki's The Human Condition and now this, a giant boxset of Krzysztof Kieslowski's television work, including his legendary Dekalog. Again we're not talking about some fringe art-house director here either: Kieslowski is widely recognized as one of the best European directors ever, and the arrival of his films on Blu-ray are a much-anticipated event.

Indeed, over in the United States, Criterion has released a similar Dekalog boxset a month ago, making collectors worldwide wonder in despair which of the two to get.

And that's not an easy question to answer either. Two of the stories in Dekalog have been theatrically released in longer versions, called A Short Film About Love and A Short Film About Killing. Criterion owns the US-release rights for those two films and has included them in their set. In the UK however, those films belong to Artificial Eye, who are rumoured to release them on Blu-ray sometime in 2017. Therefore, Arrow Academy wasn't able to include those two longer versions in their set.

Faced with a losing battle of boxsets, the people at Arrow did something brilliant though: focusing on the fact that their version of Dekalog is a television series, they began collecting as much of Krzysztof Kieslowski's other television works as they could get their hands on, and have made this a "Krzysztof Kieslowski television boxset". They found over five hours worth of television movies by Kieslowski, and another five hours of interviews and documentaries ABOUT Kieslowski.
His first feature-length film, his first fictional narrative... they're all included. Meaning this is now an entirely different object than Criterion's Dekalog boxset, and (also) a must-own for Kieslowski fanatics.

On top of that, Arrow Academy's boxset is quite the eye-catcher, so here is a gallery of shots of it. Click on the edge of the pictures to scroll through them, or at the centre of each to see a bigger version. 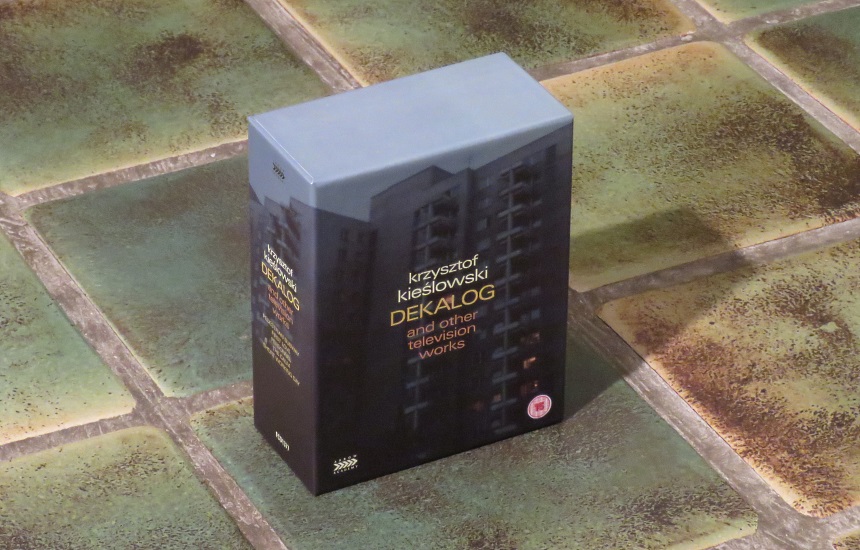 And here it is: a sturdy hard cardboard box. Alas, this time the BBFC certification logo is non-removable (a shame). 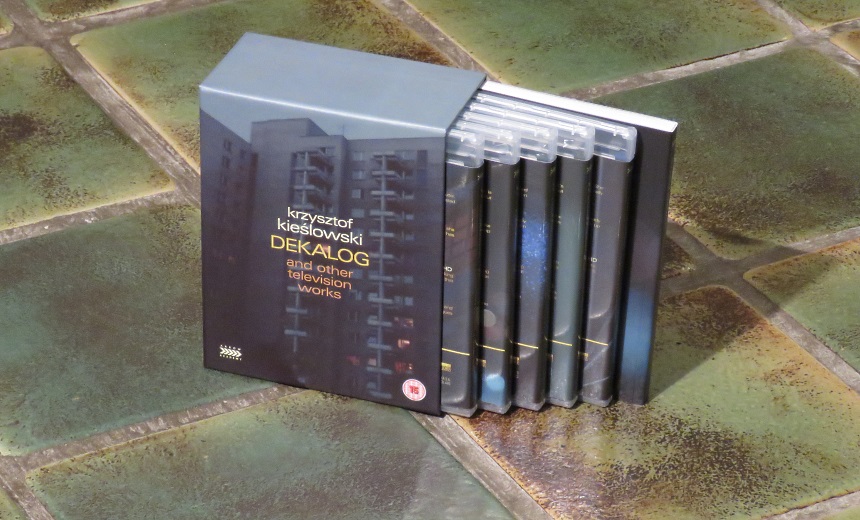 In the box: five amarays and a 128-page booklet.

The contents removed. Each of the amarays holds two of the Dekalog episodes, a selection of the other televison works, and some extras. 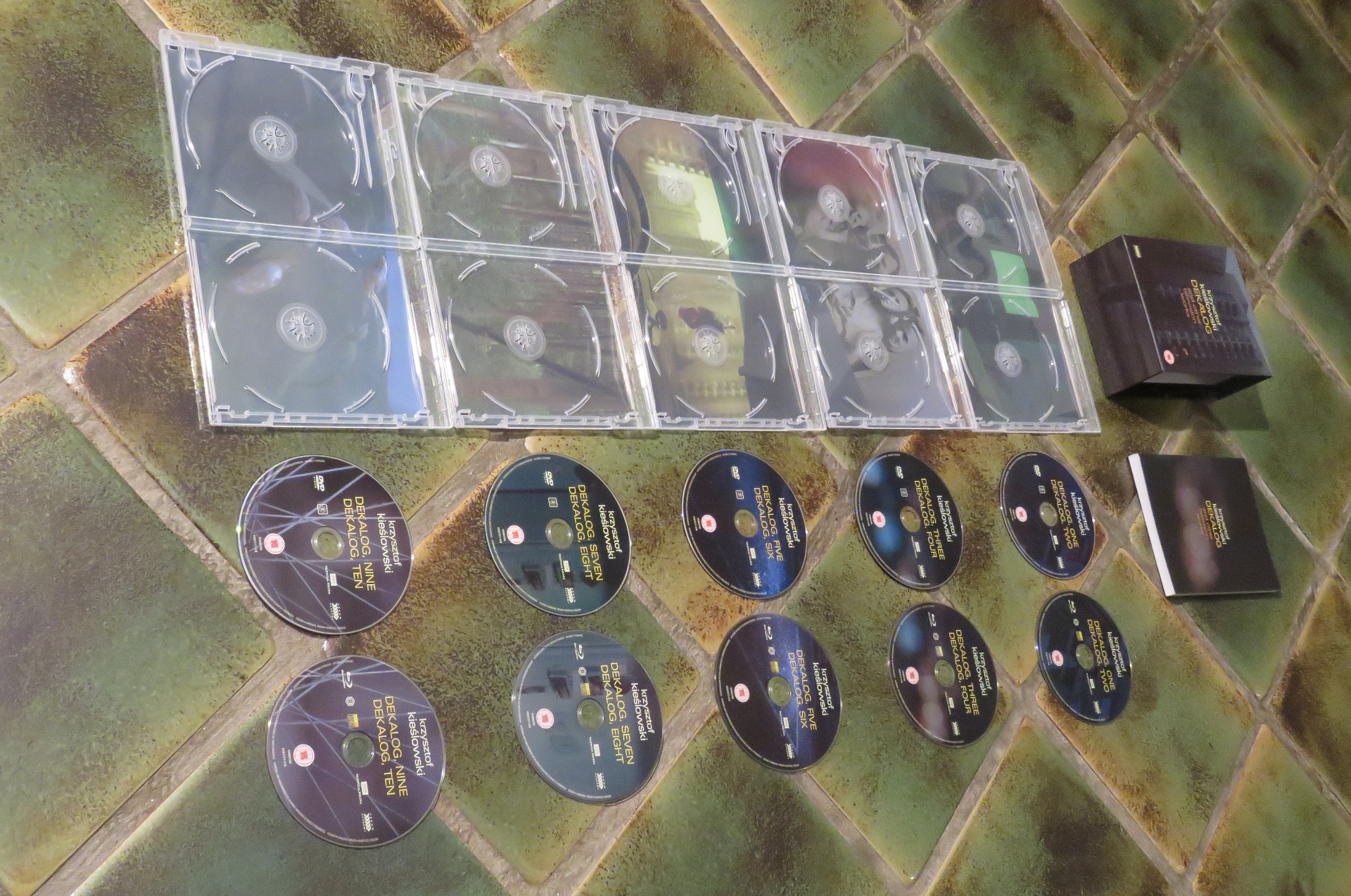 All contents opened. There's a DVD and a Blu-ray in each amaray. 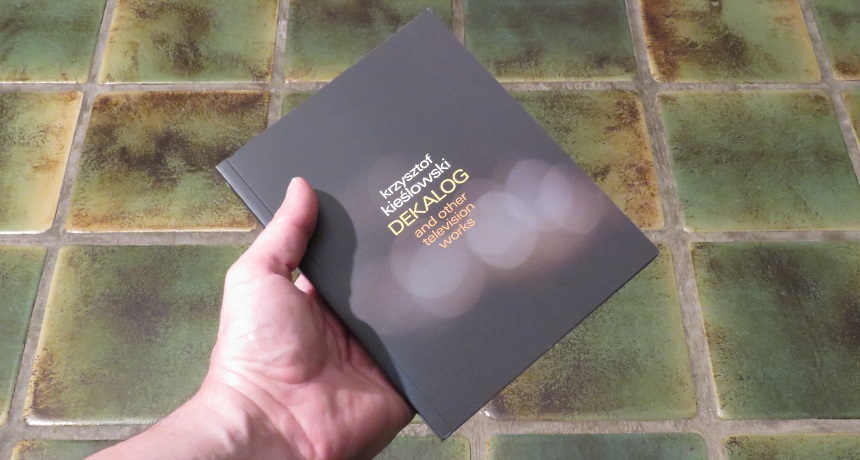 A closer look at the booklet: at 128 pages, it's quite the pocket.

In it are essays, Stanley Kubrick's (often quoted) eulogy, and Kieslowski's own reflections on every single episode of the Dekalog and the other included films. 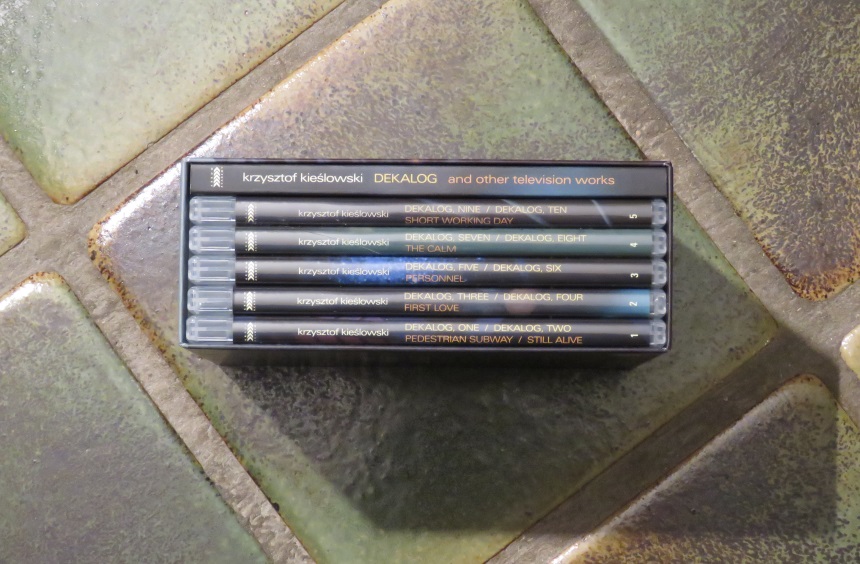