THE 4TH PLANET: Watch A Pair Of Clips For The Gorgeous Indie Animation 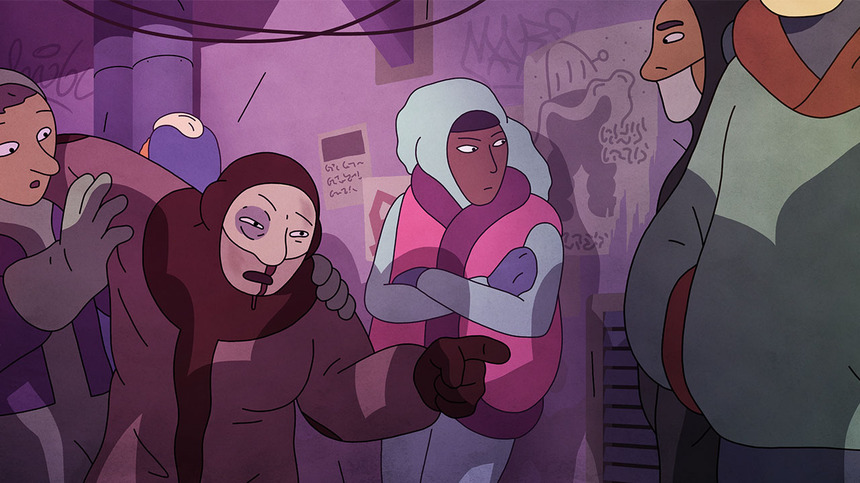 Fans of independent animation take note of intriguing French effort The 4th Planet. Being developed simultaneously as a television series and video game by a small team of just seven people a pair of clips have been released from the series work and both are absolutely fantastic.

A man, Arnold, haunted by the distance separating him from his wife and daughter who have gone to Mars, decides to travels through space to join them. But getting to the solar system’s 4th planet is not so straightforward.

To live this great space odyssey, he will first have to leave Earth: Arnold finds himself stuck, as millions of climate refugees, in the famous Cosmoport, unique gateway to Mars. He will have to evolve in this hostile environment where the company in charge of the shuttles between the two planets organizes a strong border control.

Executed in a timeless style that feels something like the bastard love child of Don Bluth and Tintin, The 4th Planet becomes instant must watch material. Take a look at the clips below.

Do you feel this content is inappropriate or infringes upon your rights? Click here to report it, or see our DMCA policy.
animationfrancela 4eme planetethe 4th planettrailervideo game