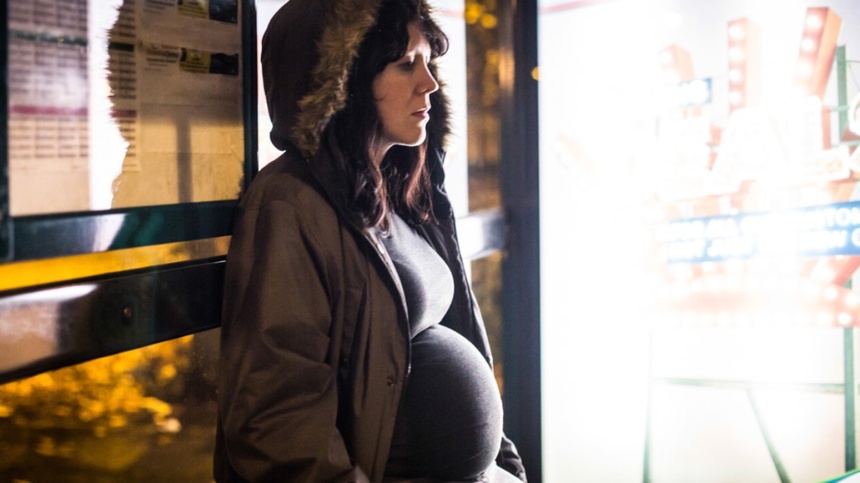 Alice Lowe's darkly funny directorial debut, Prevenge, has been traveling the festival circuit this year to great acclaim. ScreenAnarchy's Thomas Humphrey called it "undeniably glorious" and a "fresh take on the [slasher] genre" in his review out of Venice.

The first clip has recently been released as part of the film's bow at the Stockholm Film Festival and it gives us a great taste of the twisted tale, of as well as an [actually] pregnant Lowe having one of many schizophrenic conversations with her unborn child.

While you may not be familiar with Alice Lowe as a name, necessarily, you're sure to know her work in high profile UK films like Edgar Wright's Hot Fuzz and Ben Wheatley's Sightseers.

[Full disclosure: XYZ Films, in which Todd Brown in a partner, is handling sales for this one, but that has nothing to do with my interest in the film. Look, it's not my fault they have good taste in films.]