Pretty Packaging: Arrow's THE HILLS HAVE EYES Has Some Meat On Its Bones

Ard Vijn
Editor, Europe; Rotterdam, The Netherlands (@ardvark23)
Tweet Post Submit
The late, lamented Wes Craven was known as a horror director who brought intelligence and a clever sense of humor to his movies, so it's easy to forget that his horror career took off in the seventies with two chilling, mean-spirited films: The Last House on the Left (1972) and The Hills Have Eyes (1977).

In the latter of the two, a family on vacation gets stranded in the desert, and menaced by a bunch of degenerate cannibals. It's a simple premise but a harrowing one, and over the years, The Hills Have Eyes has become a bit of a classic.

Distributor Arrow has now given this film a new release on Blu-ray, currently out already in the UK and on shelves next week in the US. And while it's quite affordable for a special edition, it is also pleasantly pimped, so check out this gallery of shots. Click on the edge of the pictures to scroll through them, or at the centre of each to see a bigger version. 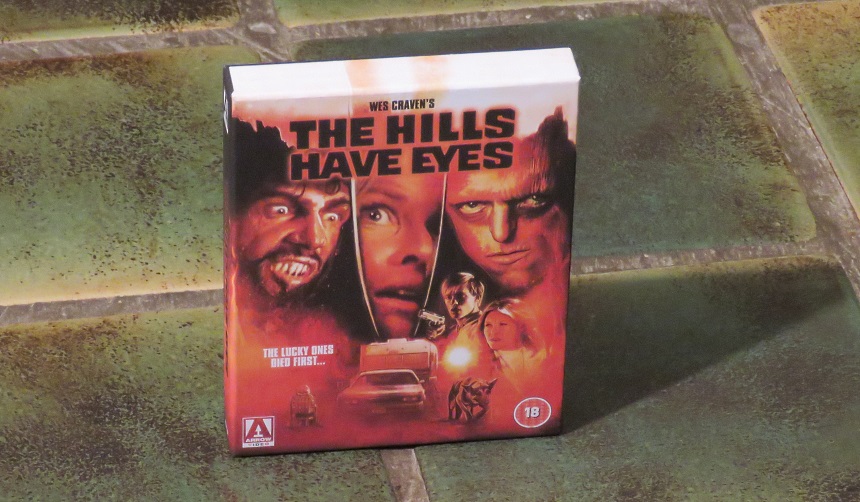 And here is the box, basically a very sturdy hard cardboard slipcover of the kind you'd expect for a bigger boxset. 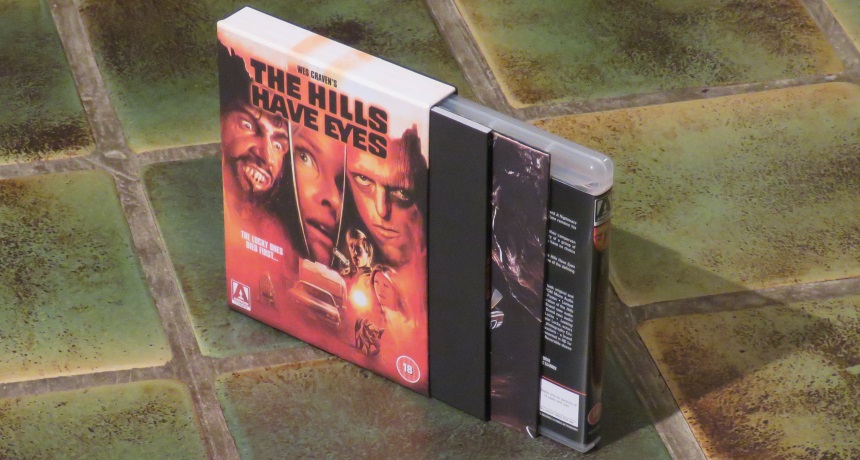 Inside the slipcase: an Amaray, a booklet, and a double-poster. 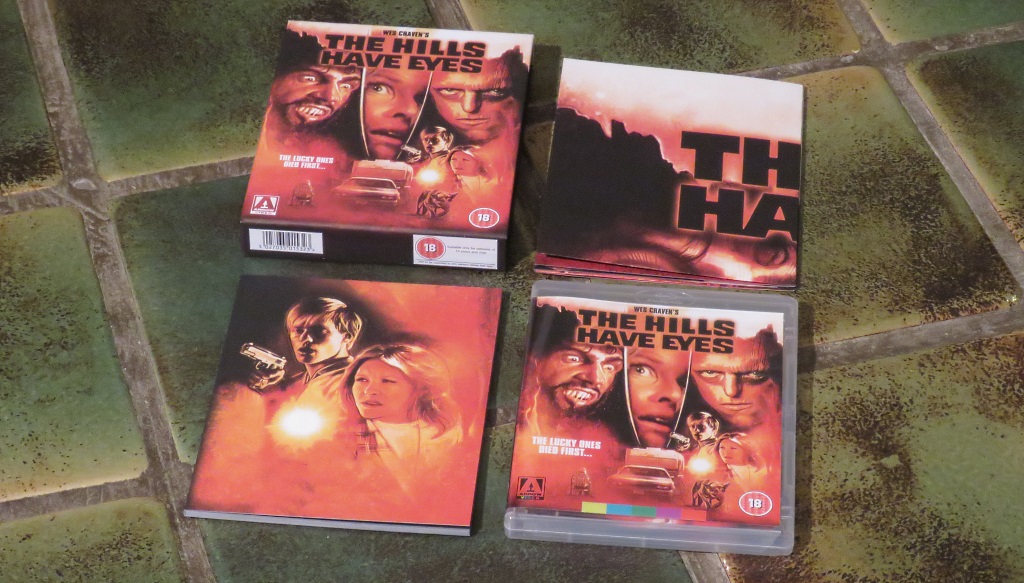 All contents on display. Ehm... it's safe to say Arrow really liked their commissioned new artwork by Paul Shipper! 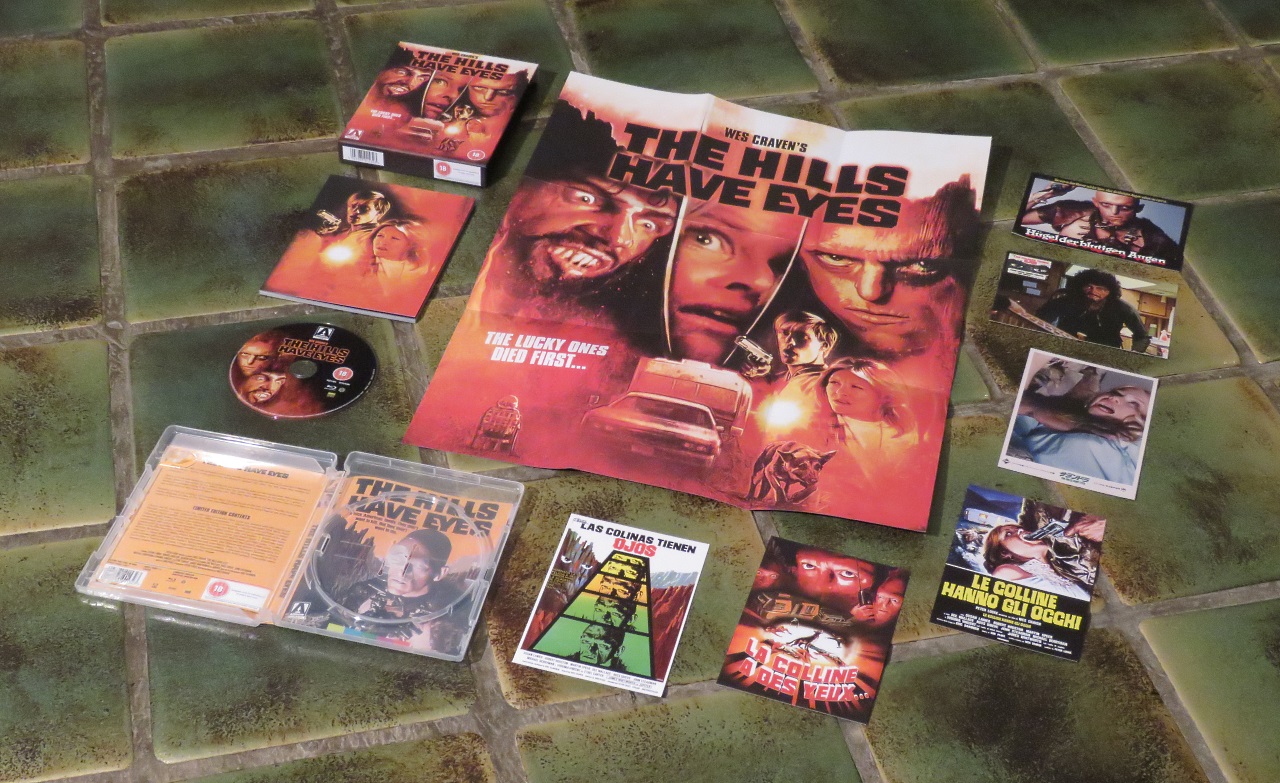 All contents opened. The Amaray contains a fun surprise: six postcards, showing some of the outrageous posters from the film's many international releases.

The disc is a single Blu-ray, but it's loaded to the gills with extras. Three commentary tracks, outtakes, the alternate ending, a big making-of, interviews... there's a lot to sort out, if you're a fan! 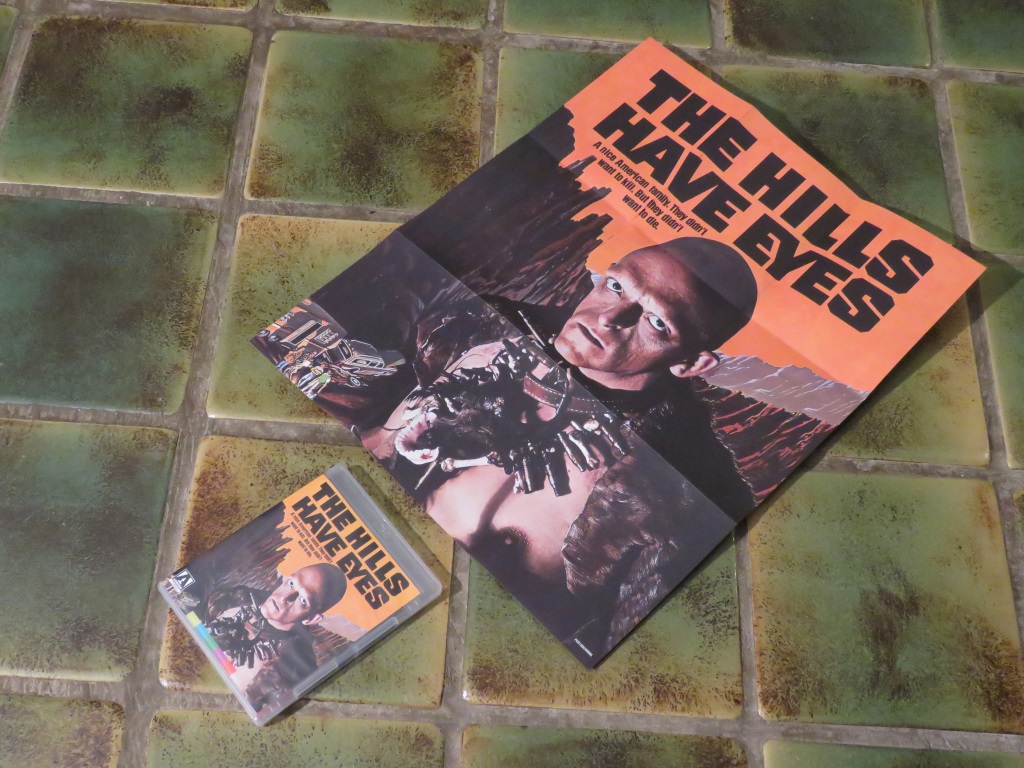 The poster and the Amaray cover are both reversible, showing artwork taken from one of the original posters. 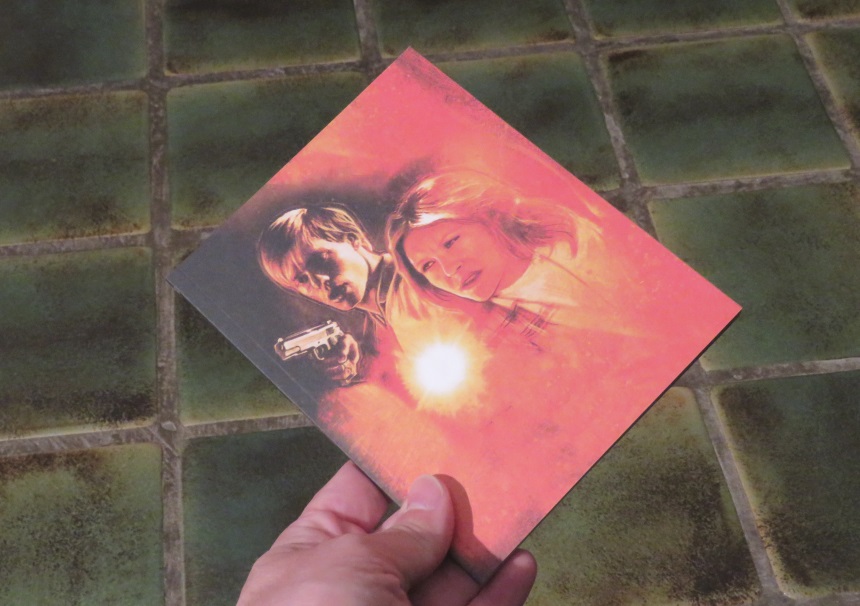 The booklet is 40 pages thick, and made of incredibly sturdy paper. I couldn't fold it open for the "group picture" (two images back) as I would surely have damaged it. 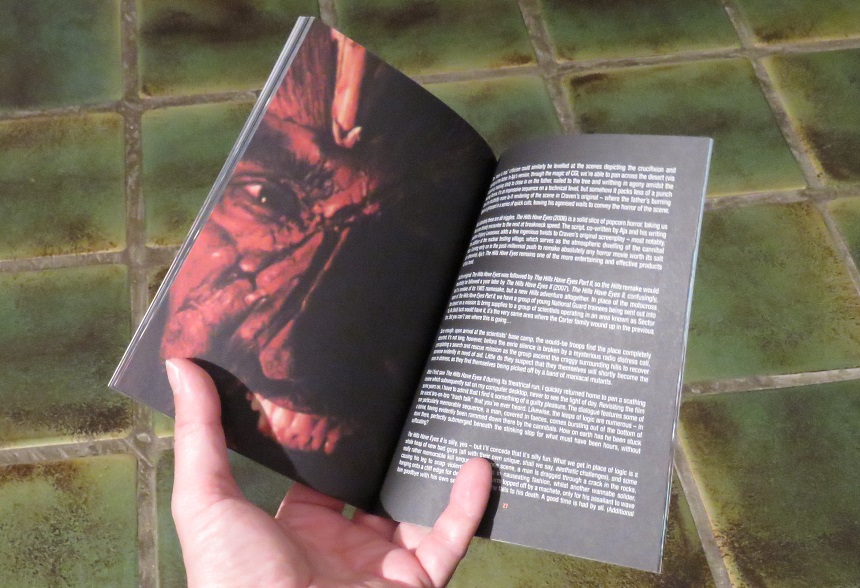 Hard to open it is, but it's also hard to close it again, as inside are two great essays on the film. 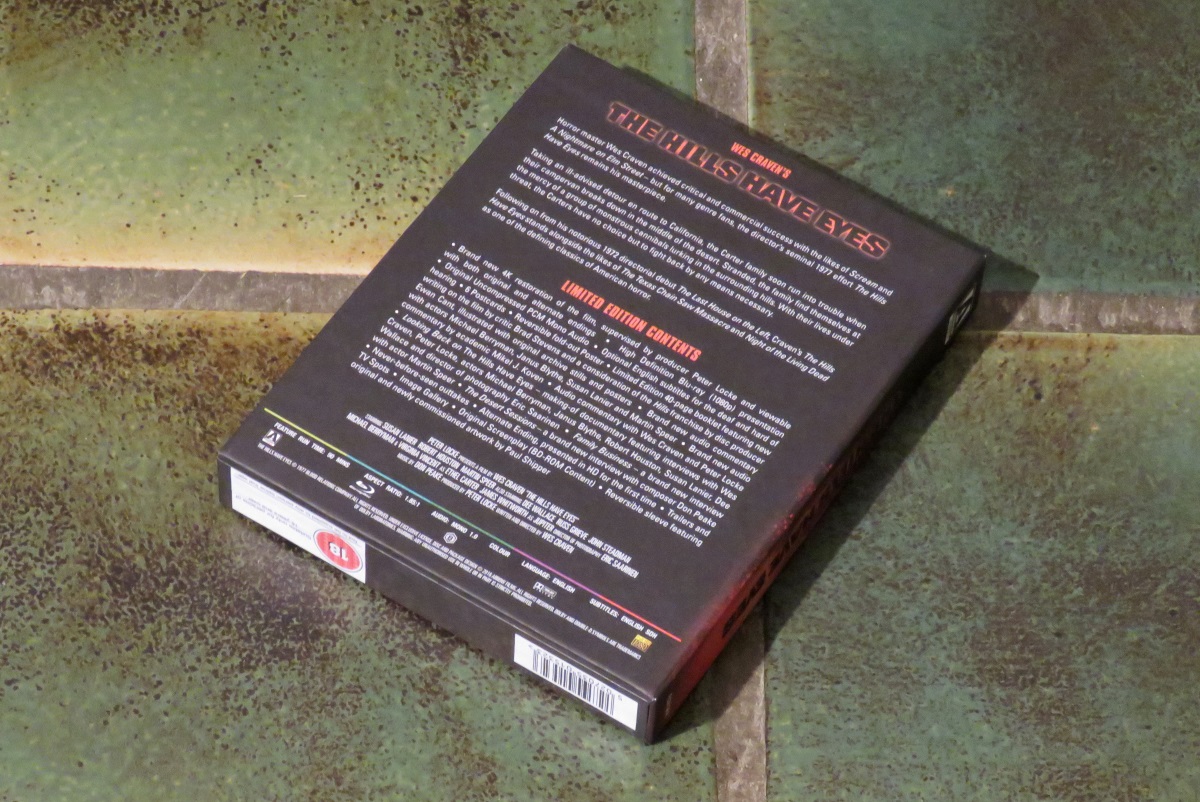 The end... well, until The Hills Have Eyes II arrives, presumably...

More about Hills Have Eyes, The