Kyoto 2016: The World Premiere Of Ozu's A STRAIGHTFORWARD BOY 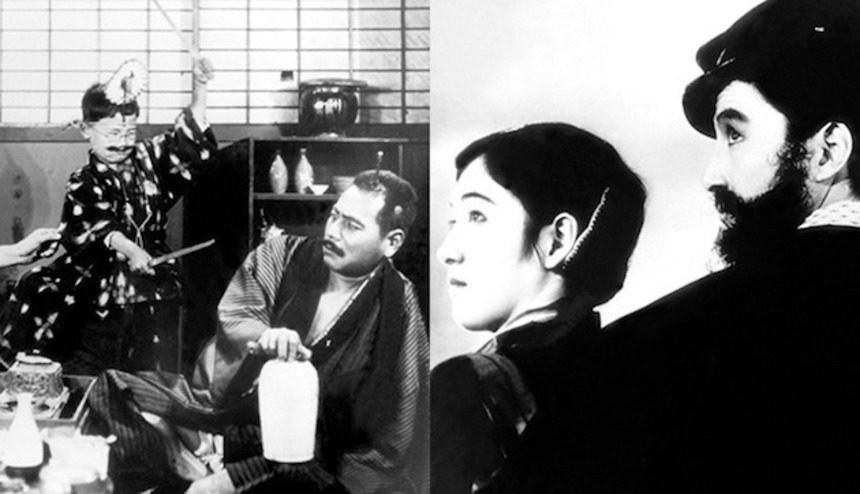 It’s definitely not every day that a film festival holds a world premiere of a “new” silent film directed by the great Ozu Yasujiro. Although there are probably still plenty of films, Japanese or otherwise, that have never been presented to the general public, one tends to think that in this day and age everything that can be discovered has already been discovered.

Due to technological advancements, the world of international cinema seems a lot smaller than it probably used to in times when Ozu was making some of his beloved classics, but it would be rather foolish to assume that it doesn't hold any more secrets. The immense thrill and excitement that comes with every new finding only makes one wish that some of the other works that got lost before and after World War II would magically reappear.

Screened as part of Kyoto Internaional Film and Art Festival's focus on silent cinema, the aforementioned never-before-seen Ozu film is a short, newly restored 20-minute version of a 1929 film called Tokkan Kozo, aka A Straightforward Boy. The film premiered at the Yoshimoto Gion Kagetsu theatre near Kyoto’s famous Yasaka Shrine on October 15th.

According to the officials at the Toy Film Museum in Kyoto, where the picture has been found, it’s an almost complete version of the full-length original, as it includes some additional scenes and intertitles that are missing from the previously discovered copy, which has been widely available on YouTube for some time now.

While short and simple, the picture, which revolves around a malicious boy (played by Aoki Tomio, a famous child actor of the pre-war period) and his inept kidnapper (played by Saito Tatsuo, Ozu’s longtime collaborator), is indeed a lot more tasteful and funny than most of the contemporary comedies produced worldwide. Although the film doesn’t really have any of the so-called “Ozu-esque” features, the visibly innovative storytelling technique and perfect comedic timing show early signs of huge talent.

The grand premiere of the film was later followed by a screening of Ozu’s 1931 feature The Lady and the Beard, which is considered to be a representative film of the nonsense comedy genre, exercised by the director during the silent era. The 75-minute picture can be viewed online as well and is a definitive must for Japanese cinema fans.

For some reason, the big and historically important event attracted less people than one would have expected based on the media attention the whole discovery story gained in the past two months. Perhaps the beautiful weather encouraged people to go out and explore the old capital. For what it’s worth, the premiere definitely felt satisfingly private. Yet what made it particularly interesting and enjoyable was the appearance of Ichiro Kataoka, a modern-day benshi, who narrated both films to the accompaniment of Yanashita Mie and her piano.

The impressive and handsomely entertaining live performance, combined with the old-school atmosphere of the venue, more than made up for the somewhat disappointing attendance figures. The whole event was presented entirely in Japanese, and only the first film had English subtitles. Whether they’re actually needed is arguable, but they would certainly help the viewer understand some more difficult bits.

Undeniably, watching a silent picture on the big screen might pose a bit of a challenge for people who are accustomed to enjoying mainly audio-visual experiences on a day-to-day basis. Although, in theory, during the silent era the figure of a benshi wasn’t considered to be an indispensable part of the film, he nevertheless played a very important role in the development of cinema-going culture. His performance could’ve either enhanced or ruined the movie. The complexity behind live narration can certainly be a factor as to why it’s often treated as art.

The sheer pleasure of seeing such an unusual spectacle, and in such a wonderful setting, made the whole visit to Kyoto, the birthplace of Japanese cinema, unforgettable.