Richard Linklater's acclaimed film is added to the Criterion Collection on Blu-ray. 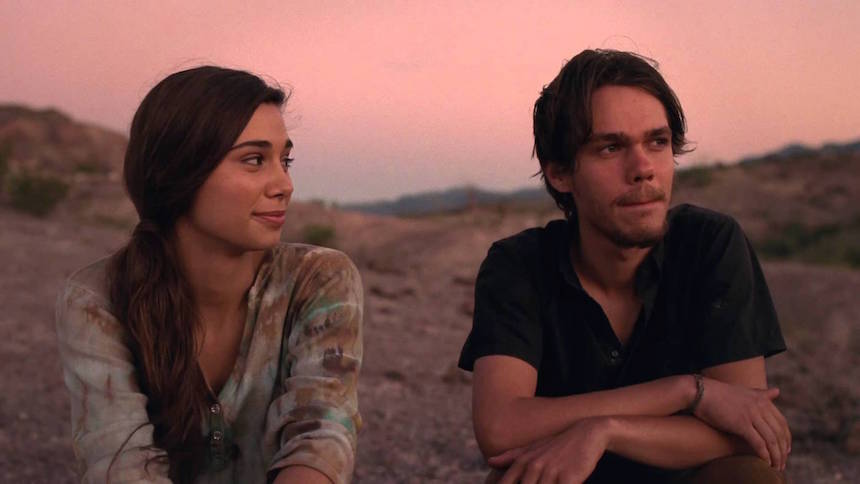 Almost as soon as Boyhood was released in June of 2014, Richard Linklater was promising audiences that a Criterion Collection release was forthcoming - which made fans of the collection all the more disappointed when an (admittedly decent) studio Blu-ray appeared instead. And although Patricia Arquette went on to win the Oscar for Best Supporting Actress for her role in the film, Boyhood's place in the conversation around film in this decade all but disappeared shortly thereafter.

This is understandable in retrospect. Still a masterstroke on how to use the simple documentarian power of film to span, and discuss, one's presence in time, Boyhood ends up ironically of its moment in a way that other, less specific movies might not be. Boyhood may also, as has been pointed out elsewhere, be progressive in form (and, I'd argue, in some aspects of its treatment of non-traditional family), but is still a coming-of-age movie about a straight, white, American, male. It might be in the running for the best one ever, but there have been a lot of those, regardless.

The film has finally joined the Criterion Collection as spine #839, and to my great surprise, doesn't particularly justify the double-dip for anyone other than Boyhood fanatics (are there any of those?) or Criterion completists. None of the special features from the fairly lush Paramount release have been carried over, but many of the extras on this disc have the same basic shape. If you are looking for extensive, film-school-in-a-can insights into the making of this heartily unique project, you won't find it here.

The 2K transfer is splendid, as usual. Boyhood was originated on 35mm film to preserve visual continuity throughout what turned out to be digital photography's maturation rapid expansion phase, and detail and colour are lovely throughout. One of the things that seems odd to me about Boyhood - but may be due to any number of factors, from design to simple maturation of skill - is how the film becomes more and more visually beautiful as it goes along, as though it is exhaling the tension of its own making.

A commentary track takes you through the movie with an impressively deep roster of speakers, from Linklater to the film's costume designer, Kari Perkins. None of the principal cast are featured, but a couple of interesting back-benchers are trotted out to give their two cents (Marco Perella, who plays Mason's alcoholic stepfather in the mid-section of the movie, and Libby Villari, who plays his grandmother). As with many multi-participant commentaries it can be tricky to keep track of who is speaking at any given moment.

As I've mentioned, the rest of the special features mirror the prior release without covering much of the same ground. "Twelve Years" is a 50-minute documentary about the making of the film, though it's fairly "surface" in its inquiry. Perhaps this is understandable: more than any other movie, Boyhood is the documentary of its own making, though I do wish we had gotten more discussion from the creatives about how the project was changing and evolving for them as production unfolded.

The interviews, instead, are concentrated largely at the beginning, midpoint, and endpoint of the shoot, and are more prosaic in their discussion. And if you're hoping that someone completely flips out and wants out of the 12-year haul, no such luck - though Lorelai Linklater does halfheartedly plead to have her character offed by Swine Flu at one point.

There is also a one-hour panel discussion between Patricia Arquette, Ellar Coltrane, and Richard Linklater; and a half-hour "conversation" between Coltrane and Ethan Hawke. In both cases, and as will be predictable for anyone who has seen the movie, Coltrane is pretty quiet - not reluctant by any means, and sharing some interesting insights when prompted, but hardly jumping to answer any particular question.

The two best aspects of the disc are the two special features that take the most license with the form of how to capture the making, and meaning, of a movie.

"Time Of Your Life" is a 12-minute video essay by Reverse Shot's Michael Koresky, narrated by Coltrane, which contemplates Linklater's complex cinematic relationship with time in Slacker, the Before trilogy, and Boyhood. It's excellent, and gets the furthest of any of these materials in terms of directly addressing how Boyhood works, beyond the film's simple gimmick.

"Through The Years" is a more interesting take on the usual "photo gallery" DVD special feature, here presenting Matt Lankes' portraits of the film's cast and crew against narration (read by the cast and crew themselves) that was originally published in Boyhood: 12 Years On Film. Lankes' photos are stunning, and several of them grace the packaging, which might count as a spoiler if you don't know that Ellar Coltrane turns out to be a colossal babe. The video is surprisingly affecting, and a nice conclusion to the process of revisiting the film.

Do you feel this content is inappropriate or infringes upon your rights? Click here to report it, or see our DMCA policy.
Ellar ColtraneEthan HawkePatricia ArquetteRichard LinklaterThe Criterion Collection