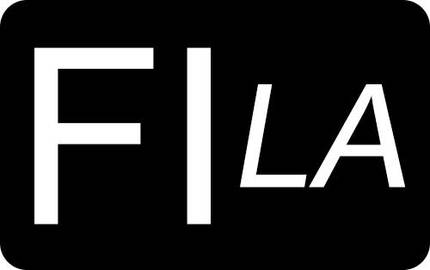 Los Angeles, CA - September 1, 2016 - Film Invasion L.A. is a film festival that brings the work of great filmmakers together and injects them into the heart of Los Angeles. Founded by industry veterans who have spent more than two decades regularly visiting the great film festivals of the world, Film Invasion L.A. looks to discover new talent and give great filmmakers an opportunity to shine. As the inaugural festival comes to a close we are pleased to announce the Grand Jury Prize Winners in all categories.

WEST VIRGINIA STORIES (88 minutes) Three stories examining what it means to live, find connection, deal with trauma, and do more than just exist, in the rural landscape of small mining town in West Virginia.

ARTIFICE (104 minutes) Following an actor’s preparation for a terrifying role. As reality and fantasy blurs, he finds himself lost between both worlds.

THE CATCHER (18 minutes) Based on a true story: 1930's professional ball player, Moe Berg, is recruited by the burgeoning U.S. intelligence department known as the O.S.S. and sent on a mission that would impact the greatest war the world has ever seen.

HOW TO BUILD A FORT (15 minutes) Two people struggle to hold on to a life long love in a world represented by the building of a fort.

GOODWOMAN (34 minutes) Wrongfully arrested for filming the police during a benign incident with a homeless person, Debra Goodman takes on the NYPD and city of New York in an attempt to enshrine a person's legal right to film the police.

Directed and Produced by Chris Fiore

JULIAN PRICE (33 minutes) Driven by the beauty of its landscape and the potential in its vacant Art Deco architecture, Julian Price searches Asheville for the brave, hardworking dreamers, and provides them with a miracle — capital for expansion in exchange for improving downtown with their presence.

HARRY'S FILE The story of an alienated, bitter man whose life gets turned completely upside down when he is forced to relive seemingly random moments of his past after an angel accidentally drops his file, scattering and re-ordering the events of his life.

Do you feel this content is inappropriate or infringes upon your rights? Click here to report it, or see our DMCA policy.
ArtificeAwardsFestivalFilmFilm FestivalGoodwomanGrand Jury PrizeHarry's FileHow to Build a FortJulian PriceThe CatcherThe Past Inside the PresentWest Virginia Stories