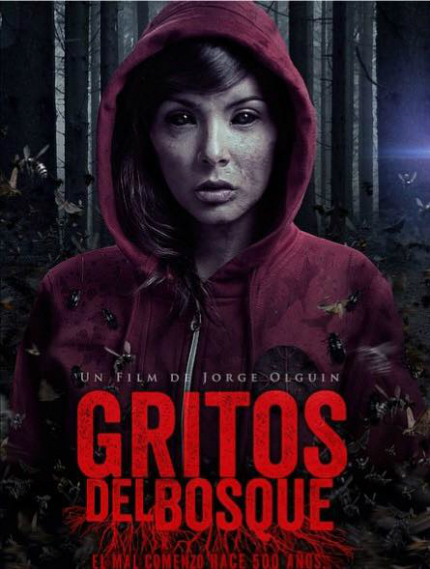 Nearly three years ago, we published a creepy trailer for Jorge Olguin's Whispers of the Forest (Gritas del Bosque) and now the 3D horror movie is finally heading for theatrical release in its native Chile.

A new trailer is just as strong as the first one, albeit with a little less explanatory information and missing the logo for the original distributor. Here's the synopsis, per our own Todd Brown in 2013:

The story revolves around a pair of Chilean women hired as guides to take a team of international engineers into the wild to conduct a survey for a proposed dam. But what they find are the ghosts of warriors slain in battle five hundred years before.

The cast includes Fernanda Urrejola, Carolina Arredondo, Paulo Brunetti, Tiago Correa, Felipe Contreras, Will Edgar, Yerko Farías and Nicolás Allende. Watch the new trailer below -- which promises a release in November 2016 -- as well as the one from 2013 below that.

More about Whispers of the Forest